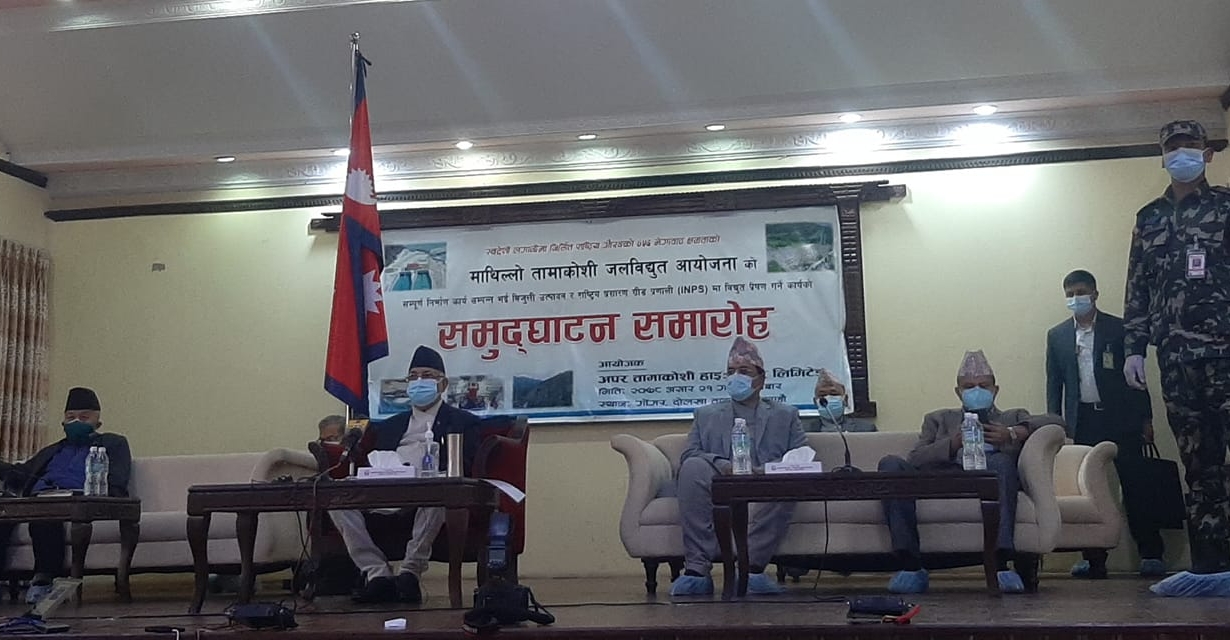 Of the six units of the project with the capacity of generating 456 MW electricity, trial production has started from the one of the units, which is now connected to the national grid.

The project, based in in Dolakha, is preparing to start generating electricity from another unit every 10 days after the start of trial production from the first unit.

The project is constructed with domestic investment and is estimated to generate electricity from all six units by August 31.

Inaugurating the project virtually, Prime Minister KP Sharma Oli said that the project’s completion had added confidence that similar large projects can be built with domestic investment in the future.

Spokesperson of the project Ganesh Neupane informed that the second unit will start generating additional 76 MW of electricity from next week.

The project generate electricity at full capacity for four hours during the dry season, according to Neupane.

The completion date of the project’s construction, which started in 2010 with the target of completion in five years, had been initially pushed back by six years.

Though the project was supposed to be completed by 2015, construction works were disrupted for two and a half years due to landslides at the project site induced by the 2015 massive earthquake and the economic blockade imposed by India in the aftermath of the quake.

Meanwhile, sluggish pace and poor performance of Railway and Engineering Limited, an Indian company contracted to install hydromechanical equipment at the project, resulted in an inflated construction cost.

With the addition of power generated from the project to the national grid, the amount of electricity imported from India during winter months is said to decline significantly.

Nepal Electricity Authority has estimated that Nepal can now sell about 500 MW of electricity generated from various hydel projects to India during the four months of monsoon season.