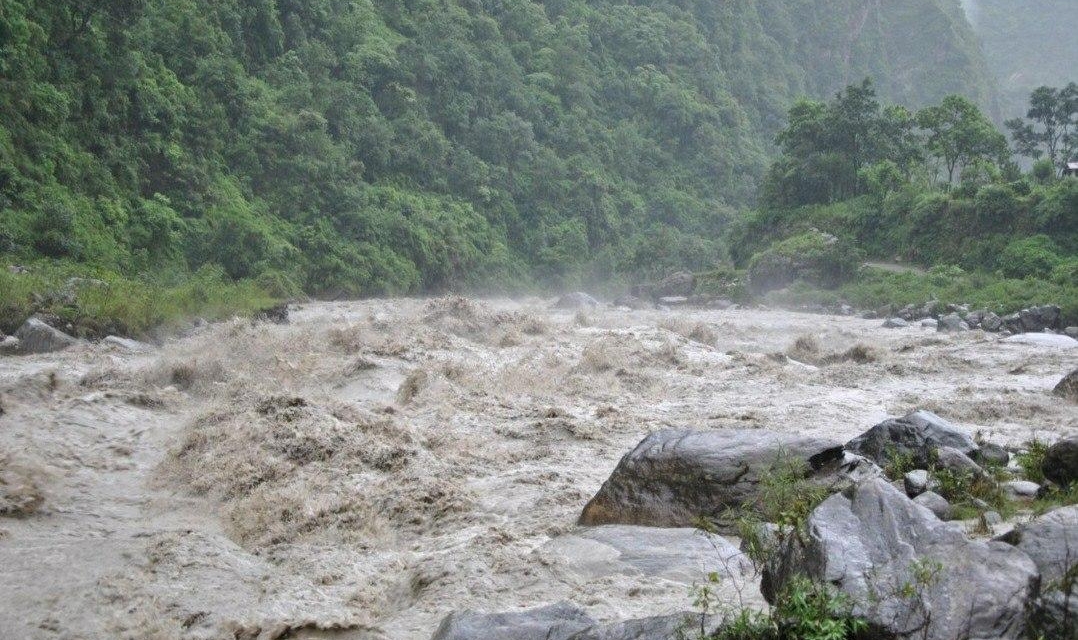 88 lives have been lost owing to natural calamities triggered by monsoons within a month (12th June – 13th July, 2020). Of the 88, 59 lives have been lost within the past week alone as torrential downpour continues to trigger landslides and floods across several districts of the nation. A further 42 people are reported to be missing.

Myagdi:
Myagdi has suffered the highest human loss with 27 deaths. Four people are still missing. The affected areas are Dhaulagiri, Malika and Raghuganga Rural Municipalities. Some 35 houses have been completely damaged by the landslides.

Jajarkot:
10 people have lost their lives in Jajarkot landslides. More than 200 families have been displaced by floods and landslides in Jajarkot, and are taking shelter in schools, and other public facilities.

Kaski:
7 people have died in a landslide which occurred in Sarangkot of Pokhara Metropolitan City – 18. Similarly, eight persons including other family members, relatives and neighbours were injured in the incident.

Sankhuwasabha:
11 people went missing owing to a landslide in the district – four have been found so far while a search operation of the other missing members continues. Meanwhile, a 25 year old youth died during his attempt to rescue others who were buried in the landslide.

Tanahun:
11 people have died in different landslides and floods in Tanahun District. Of the 11, 4 were from one family, five were from another, and the other two were isolated incidents.

Lamjung:
While no casualty was reported, an early morning landslide swept six homes in Lamjung. A further 20 homes have been identified ‘at-risk’ of landslides. All members of the 26 families have been relocated to safer places.

In Nepal’s west, a swollen Babai River swept away a couple in Bardiya District. The couple was returning home after collecting firewood from the river bank. Similarly, Indrawati River swept away 3 people on Sunday – a search operation is ongoing.

The government has also advised residents living along the Narayani, Koshi, Seti, and Kankai River to stay on ‘high-alert’ as water levels have risen alarmingly.

Officers of Nepal Police, Nepali Army, and the Armed Police Force, who along with local bodies are conducting rescue operations, have said rescue efforts are severely hindered as continuous rainfall continues to deteriorate already vulnerable road infrastructure – several times blocking access roads leading to the affected areas. Access to health care facilities in affected areas is also said to have affected immediate treatment of the injured, and distribution of relief materials, already affected by the COVID-19 health emergency is said to have further impacted relief distribution within affected communities.