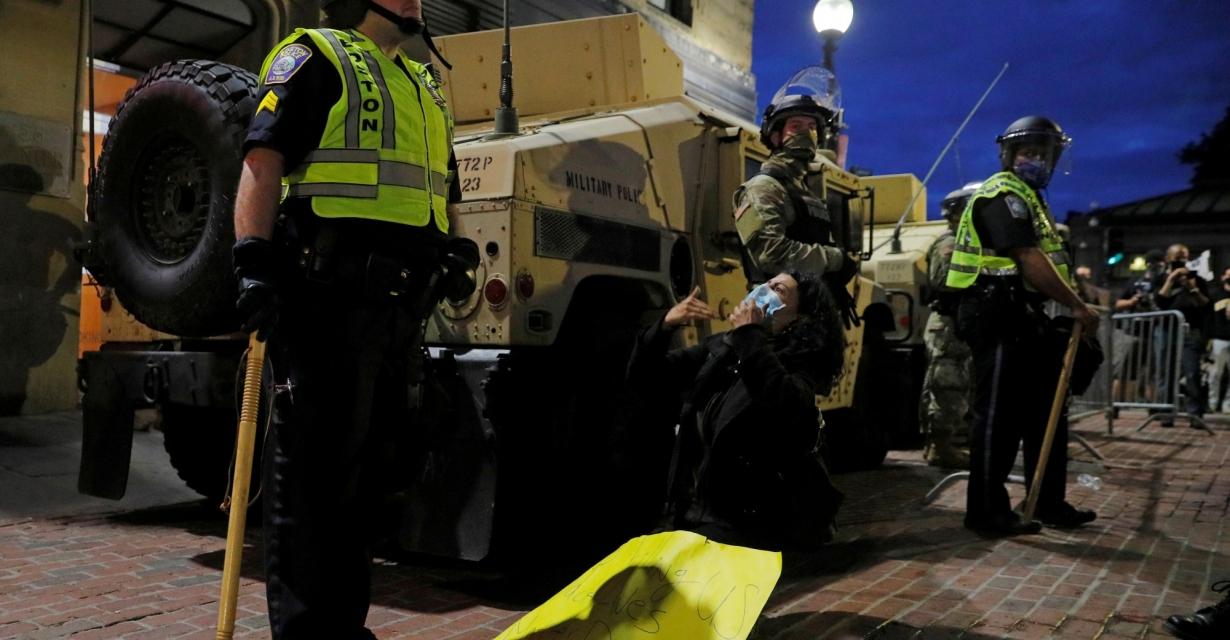 Elizabeth Monteiro pleads on her knees at a police barricade during a protest against racial inequality in the aftermath of the death in Minneapolis police custody of George Floyd in Boston, Massachusetts, U.S., June 7, 2020. REUTERS/Brian Snyder
Minneapolis council members say they will “end” police department after Floyd death
Read Time: 2 minutes

June 7 (Reuters) – A majority of Minneapolis City Council members favor phasing out the city’s police department and creating a new way to ensure public safety, officials said, a sign that protests over the police killing of George Floyd are having an impact.

“We are going to dismantle the Minneapolis Police Department,” Council Member Jeremiah Ellis said on Twitter. “And when we’re done, we’re not simply gonna glue it back together. We are going to dramatically rethink how we approach public safety and emergency response.”

The movement to “defund the police” predates the current protests but has won new support since a video of Floyd, an unarmed black man, pinned to the ground with a knee to the neck by Minneapolis police officer Derek Chauvin, horrified viewers around the world last month.

The Minneapolis council has not yet formally discussed defunding or reimagining its police force. But council president Lisa Bender told CNN that a majority were in support.

“We committed to dismantling policing as we know it in the city of Minneapolis and to rebuild with our community a new model of public safety that actually keeps our community safe,” Bender said.

The movement is driven by anger at the militarized posture of many U.S. police departments and by the recognition they are being called on to confront social ills including addiction, mental illness and homelessness that, advocates say, could be better addressed by spending on social services and rethinking what behaviors should be considered crimes.

Elected officials in New York and Los Angeles have said they would reduce their police budgets to refocus some spending on social services, another sign that the movement is gaining strength.