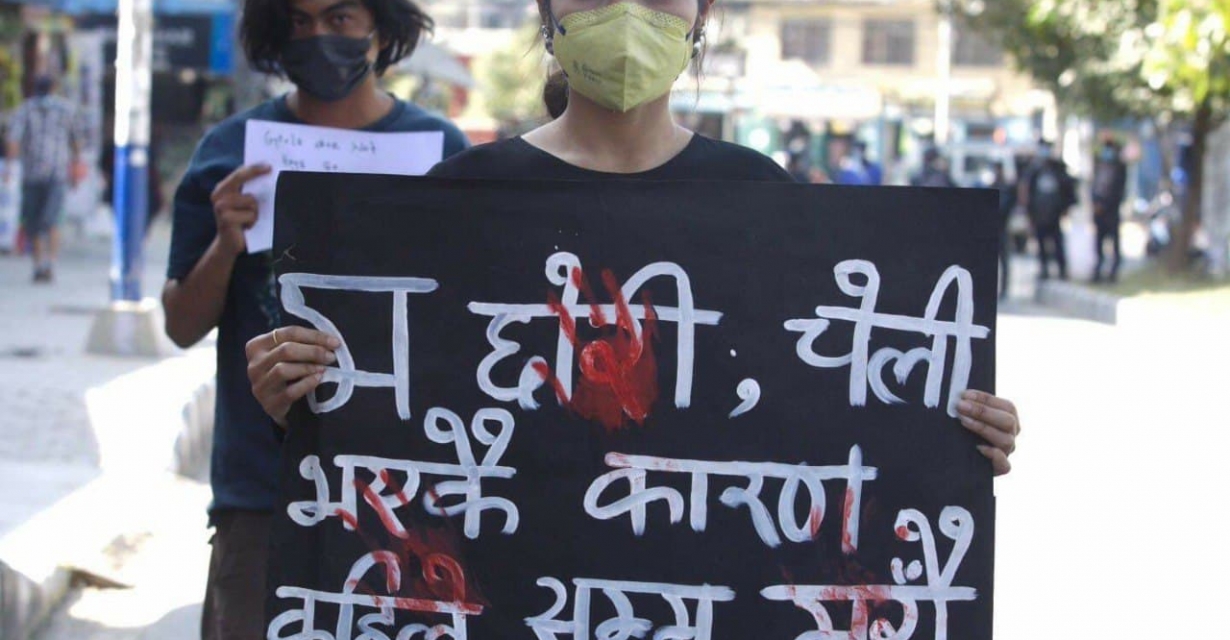 Police arrested a 29-year-old man after he beat up a woman and force-fed her human excreta accusing her of ‘practising witchcraft’ in Aaurahi Rural Municipality, Siraha.

The arrested has been identified as Ghuran Sah of the rural municipality. Police said Ghuran had thrashed 50-year-old Hira Devi Sah accusing her of practising witchcraft.

Ghuran is Hira Devi’s nephew. Ghuran, with the help of others, had abused Hira Devi.

According to SP Sudip Rajbhandari of Siraha District Police Office, no one had registered any formal complaint against Ghuran as of yet.

“Though we have arrested Ghuran and begun formal investigation, others involved in the case are at large,” he added.

As per Hira Devi, her relatives had beat her indiscriminately and force-fed her human excreta accusing her of ‘practising witchcraft’ and killing their cattle.

She named others involved in the abuse as Kaushila, Nisha and Kabita. Hira Devi’s husband is currently in India for employment, while she lives in Nepal with her children.

Demanding stern action against the culprits, she said that the locals had pressured her to settle the issue at the local level.

Meanwhile, a woman was raped and subsequently killed on March 24 at Hile of Nava Jyoti Community Forest, Udayapur.

Police have arrested 24-year-old Raju Achhame for his alleged involvement in the incident.

Achhame reportedly admitted to the police that he had killed the woman, who was mentally-challenged, after raping her.

Police have recovered a stone used to murder the woman and a cap of the accused at the incident site.

According to local residents, Achhame had stabbed a person with a knife three months ago in the village.

Police have launched an investigation into the incident.