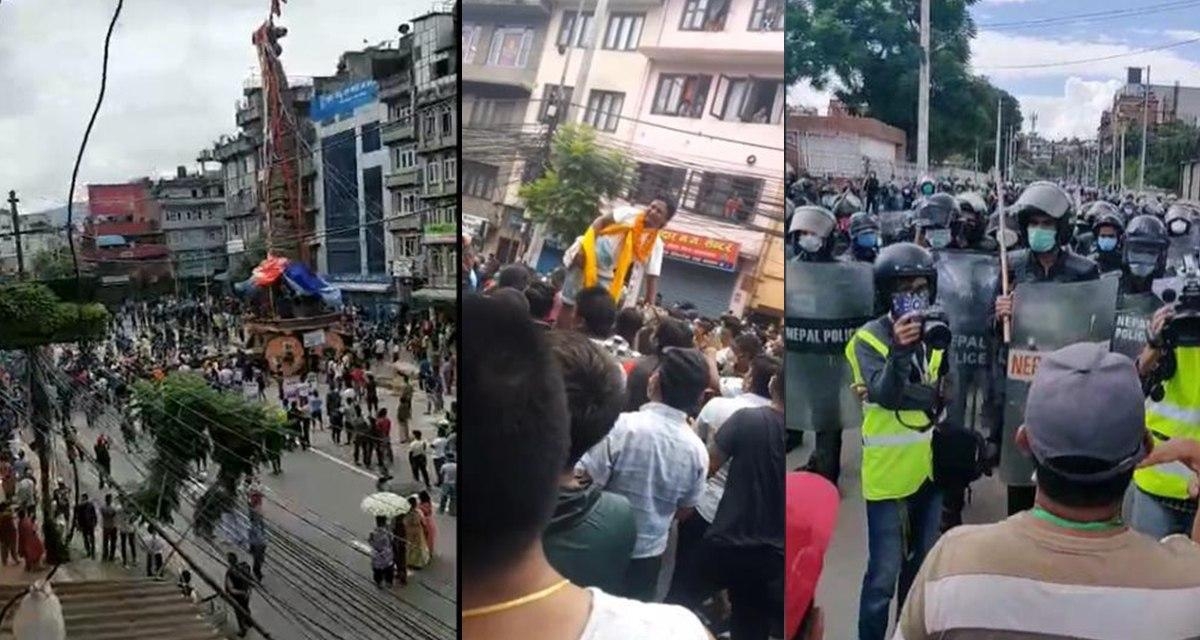 Police have dispersed a large crowd in Pulchowk after they were gathered to proceed with a chariot towing ceremony of Rato Machhindranath on Thursday.

Rato Machhindranath, an annual festival is observed in great fervour by the residents of Lalitpur. It is also Nepal’s longest chariot festival, and lasts 15 days. Originally scheduled to be held in April, the festival has been postponed numerous times owing to restrictions brought around by the Covid-19 pandemic.

Kathmandu Valley, amidst a prohibitory order, has banned gatherings of religious/cultural observations in large numbers. According to the police, the locals disobeyed the prohibitory order, and therefore used force to dispel the crowd.

Locals are of the belief that the chariot must be towed today, else it will be too late. A few locals are still demanding that they should be allowed to tow the chariot, while police are preventing them from doing so.