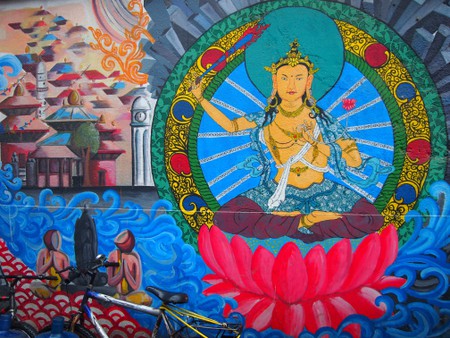 A research committee formed to study the methods to beautify Kathmandu has submitted its report to Kathmandu Mayor Bidyasundar Shakya.

The report suggests painting the city walls with pictures that reflect Nepali culture.

In order to study this matter, Kathmandu Metropolitan City (KMC) had formed a research committee under the coordination of KK Karmacharya, chancellor of Nepal Lalitkala Academy Hall.

Mayor Shakya said that the committee’s suggestions would be implemented immediately.

Informing that KMC has already allocated a budget of Rs 100 million in the current fiscal year to beautify Kathmandu, Shakya said that the work to paint murals on public walls will start immediately.

Shakya said, “I want to start the beautification process at some places pronto with focus on Visit Nepal 2020. It may, however, take some time for the sculptures to be ready so we have to start with some wall arts as soon as possible as an example.”

The committee has suggested making wall arts and sculptures reflecting the Hadigaun Jatra, fruits baskets, Nepali musical instruments and goddess Astramatrika, among others.