Police officers examine the railway track after a train ran over migrant workers sleeping on the track in Aurangabad district in the western state of Maharashtra, India, May 8, 2020. REUTERS/Stringer NO ARCHIVES. NO RESALES.
Train kills 14 migrant workers while chemical plant toxic gas leak claims 11 lives in India
Read Time: 6 minutes

An Indian train killed 14 migrant workers who had fallen asleep on the track on Friday while they were heading back to their home village after losing their jobs in a coronavirus lockdown, police said.

Thousands of people have been walking home from India’s big cities after being laid off because of the lockdown since late March.

The driver tried to stop the freight train when he saw the workers on the tracks in Maharashtra, the railway ministry said, adding it had ordered an inquiry.

Five people were injured in the incident.

Under the lockdown, all public transport has been suspended so migrant workers heading home often have to walk long distances to get there.

Police said the labourers worked for a steel company and were walking to their village in Madhya Pradesh.

“They had been walking all night, they were exhausted and fell asleep on the tracks,” a police officer said.

Because of the lockdown, they were probably not expecting any trains to be moving, an official said.

India’s eight-week long lockdown, one of the world’s most stringent, has helped contain the coronavirus officials say, but it has hit the poor hard.

Criticism has mounted about how Prime Minister Narendra Modi’s government has arranged planes to bring back Indians from overseas, while leaving labourers stranded in big cities with little food or cash.

Over the past week, some state governments facing public pressure organised trains and buses to bring back migrant labourers.

Many are trudging great distances in the blistering heat through fields and forests to get home.

Meanwhile, toxic gas began leaking again from a factory owned by LG Chem in India’s Visakhapatnam early on Friday, an official said, triggering a wider evacuation after at least 11 people were killed following a leak from the site in the wee hours of Thursday.

“The situation is tense,” district fire officer N. Surendra Anand told Reuters, adding people in a 5-kilometer radius of the factory were being moved out.

Hours earlier, authorities had said that the situation was under control at the plant, where the toxic gas leak sickened thiusands of people yesterday.

Around 800 people were hospitalised. 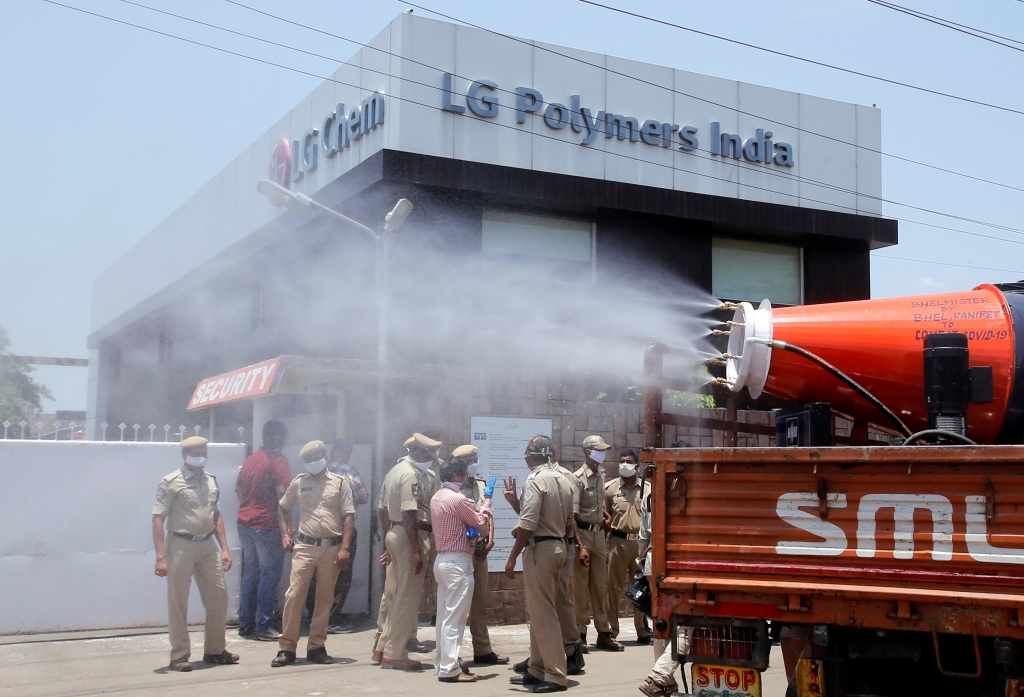 Municipal workers decontaminate the area outside of the LG Polymers Plant following a gas leak at the plant in Visakhapatnam, India, May 8, 2020. REUTERS/R Narendra

People sit on a road divider after evacuating their homes following a gas leak at the LG Polymers Plant in Visakhapatnam, India, May 8, 2020. REUTERS/R Narendra 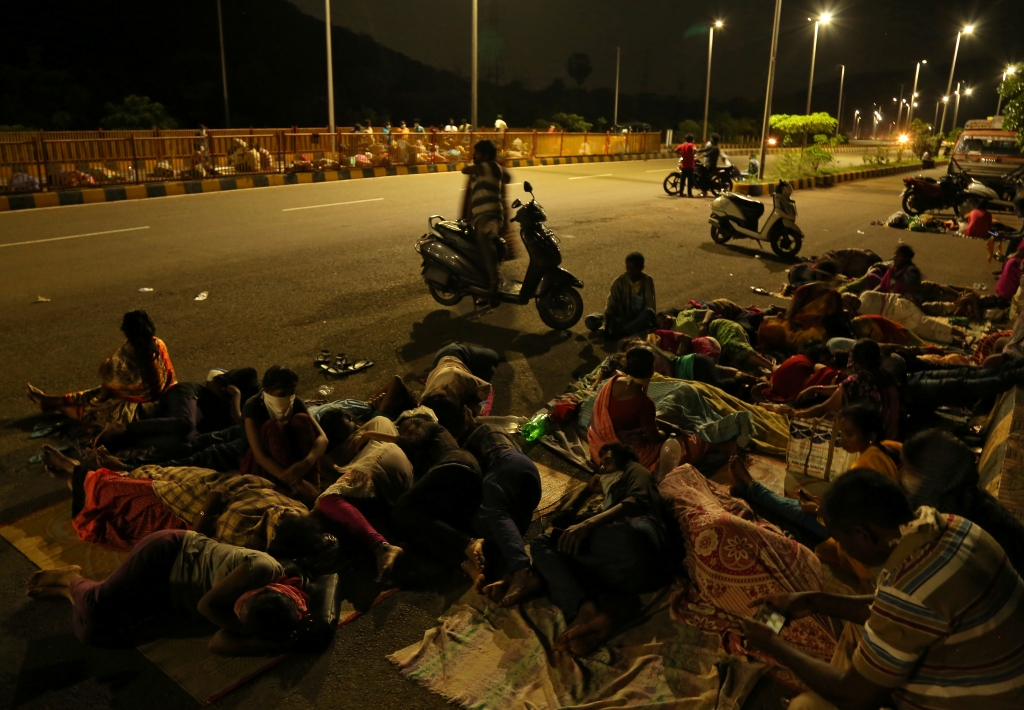 People sleep on a pavement after evacuating their homes following a gas leak at the LG Polymers Plant in Visakhapatnam, India, May 8, 2020. REUTERS/R Narendra 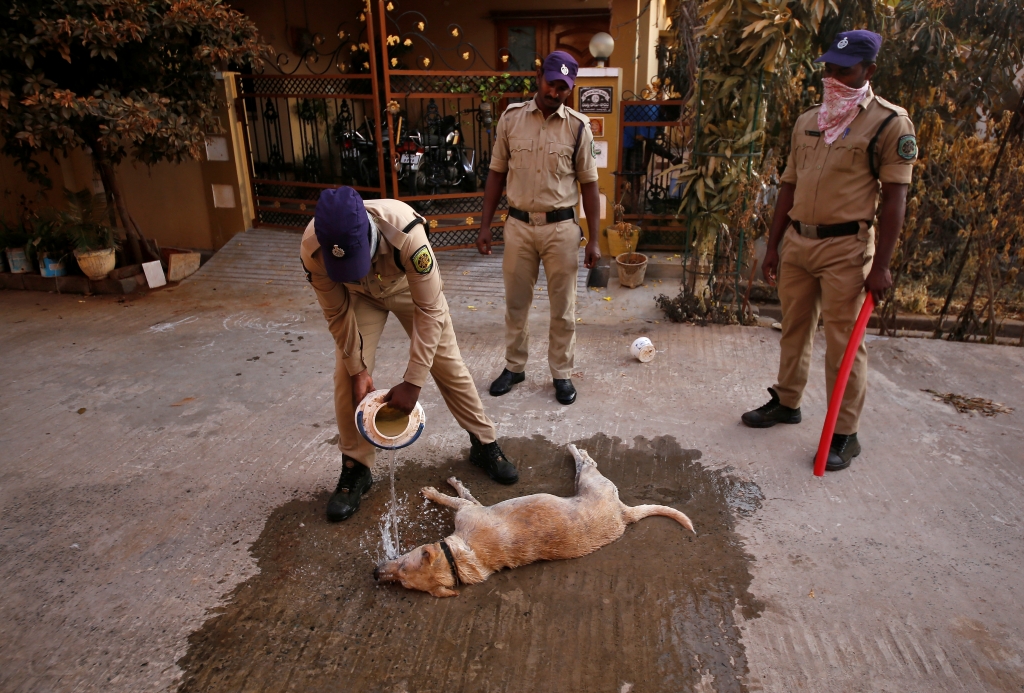 A policeman tries to revive a dog near the site of the LG Polymers Plant following a gas leak at the plant in Visakhapatnam, India, May 8, 2020. REUTERS/R Narendra