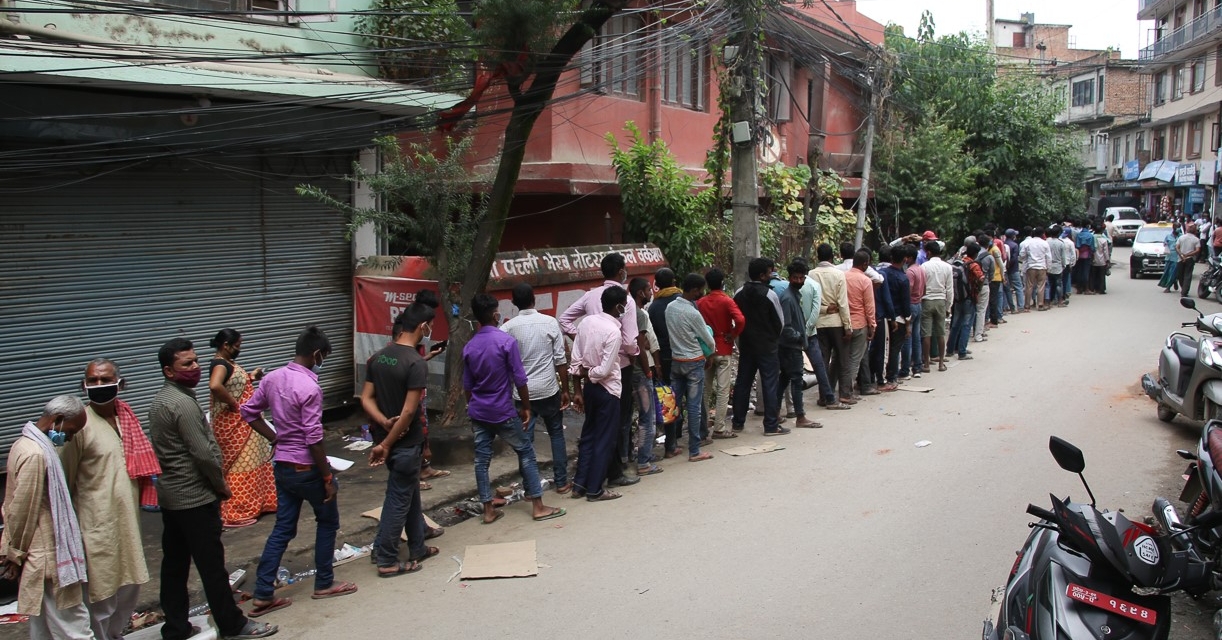 People queued up for PCR test in front of Teku-based Sahid Sukraraj Tropical and Infectious Disease Hospital in Kathmandu. Photo via social media
Kathmandu, a city of gods but no mercy in sight!
Read Time: 5 minutes

In 2015, when a 6.5 magnitude earthquake and its intermittent aftershocks rattled the country, the first thing landlords in Kathmandu did was asked their tenants living on the ground floors to move out. The landlords, who otherwise would take pride in living on the top floors, now suddenly wanted to be rooted to the ground. It was easier to run outside from the ground floor in case of another tremor.

That was their response to the tremor trauma. As months passed, Kathmandu landlords gradually got over their trauma and things turned normal – moving to higher floors, constructing taller houses for more tenants in exchange for even more exorbitant rent resumed as usual.

It’s 2020 and the trauma cycle has repeated with the COVID-19 fiasco.

Hundreds of people have been lined up in serpentine queues outside Teku-based Sahid Sukraraj Tropical and Infectious Disease Hospital in Kathmandu for more than two straight nights now. Those in line are mostly tenants living in Kathmandu who were forced to move back to their hometowns by hook or by crook when the government suddenly imposed a nation-wide lockdown on April 24. Now that the lockdown is lifted, they came back to their land of Karma to earn their living. But the land of Karma has shut its doors on their faces. 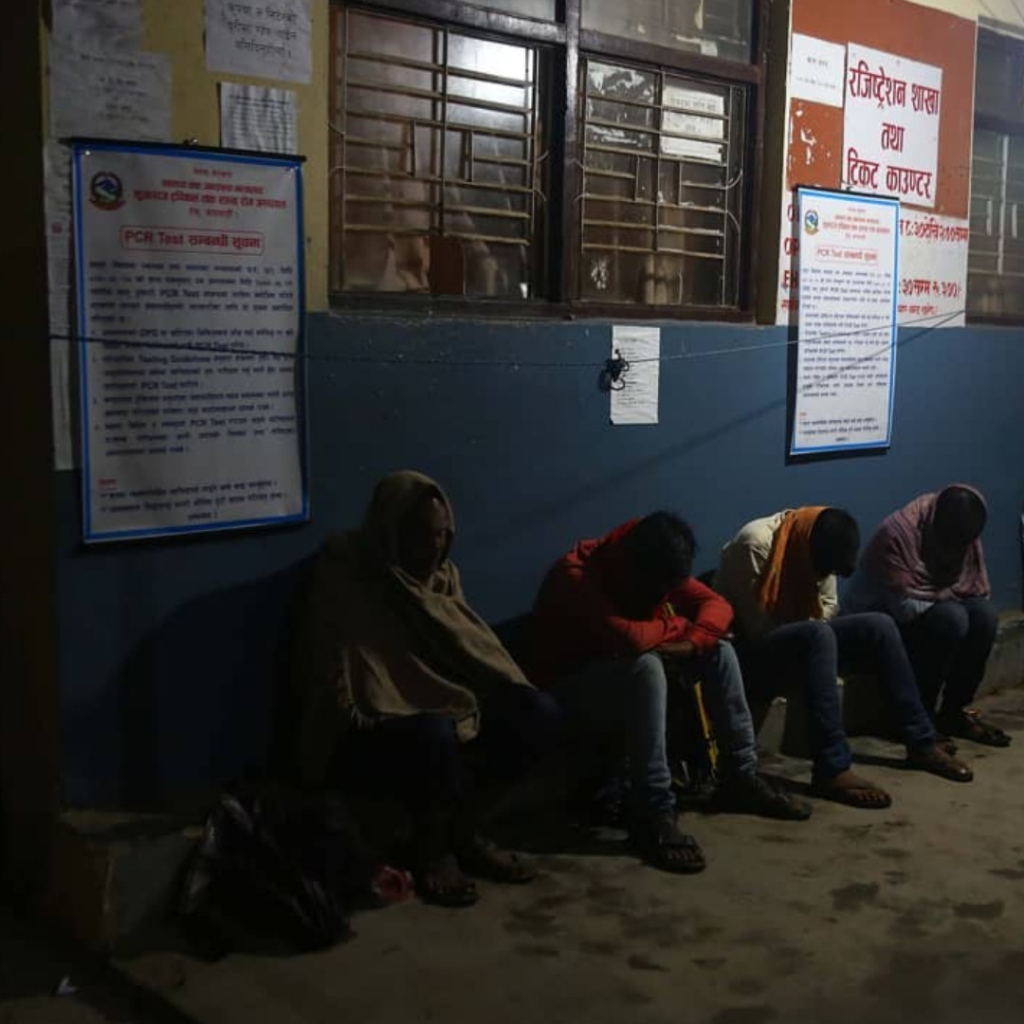 People queued up for PCR test in front of Teku-based Sahid Sukraraj Tropical and Infectious Disease Hospital in Kathmandu. Photo via social media

Situation so worse that Spokesperson for Health and Population Jageshwor Gautam during his televised daily press briefing about daily COVID-19 caseload on Saturday had to request Kathmandu residents to not ask their tenants to procure a PCR test report before allowing them inside their rented rooms/flats, for which they pay an exorbitant price.

Even in 2015, though the earthquake had more or less affected the entire nation, Kathmandu city showcased a harsher reaction in its aftermath. And now when COVID-19 has gripped the entire country if not the world, the capital city where most number of educated and so-called woke people reside as compared to any other part of the nation, the reaction to the pandemic is a harsh one.

While awareness campaigns relating to COVID-19 have worked at varying levels in the most rural places like Jumla and Dolpo, Kathmandu residents (read landlords) do not seem to believe in anything other than what they think they already know.

“Although my parents understand how COVID-19 spreads and preventive measures against the virus, they seem strangely biased when it comes to letting in our tenants who are arriving from outside the city. I’ve tried to talk to my parents, tell them that our household runs with the rent paid by our tenants, and that we should not ask them move out or discriminate against them, my parents simply dismiss my suggestions. All is good as long as we wear masks, maintain physical distance, and practice hand hygiene. But this somehow doesn’t convince my parents to leave our tenants alone and let them be,” said 23-year-old Kamana Pradhanaga, a college student and Kathmandu resident.

Director of the Teku-based hospital, Sagar Kumar Rajbhandari said, “The hospital has the capacity to test no more than 300 samples a day while more than 700 people are lined up for the test on a daily basis. Most of them do not meet the requirement to get tested because they don’t have symptoms, but they come to get tested because their landlords force them to do so. The crowd is only adding to the risk of further infection, not really helpful for anyone.”

He said landlords should simply ask their tenants to stay in home quarantine for 14 days after they arrive from outside the city instead of demanding them to procure PCR test result.

Kathmandu is clustered and usually cramped due the lack of proper urban planning, the helm of which lies on administrative authorities. And it is at times like these that problems arising due to the cluster surface, only to be ignored by the residents and authorities alike as soon as the crisis subsides.

While big business like restaurants, automobile showrooms, and offices received rent relief from their landlords, it is people from low-income strata who are suffering the most. Biases relating to various factors, including caste, class, gender, and race, exist in all parts of the world, but Kathmandu’s unique style of discrimination raises its head every time there is a crisis.