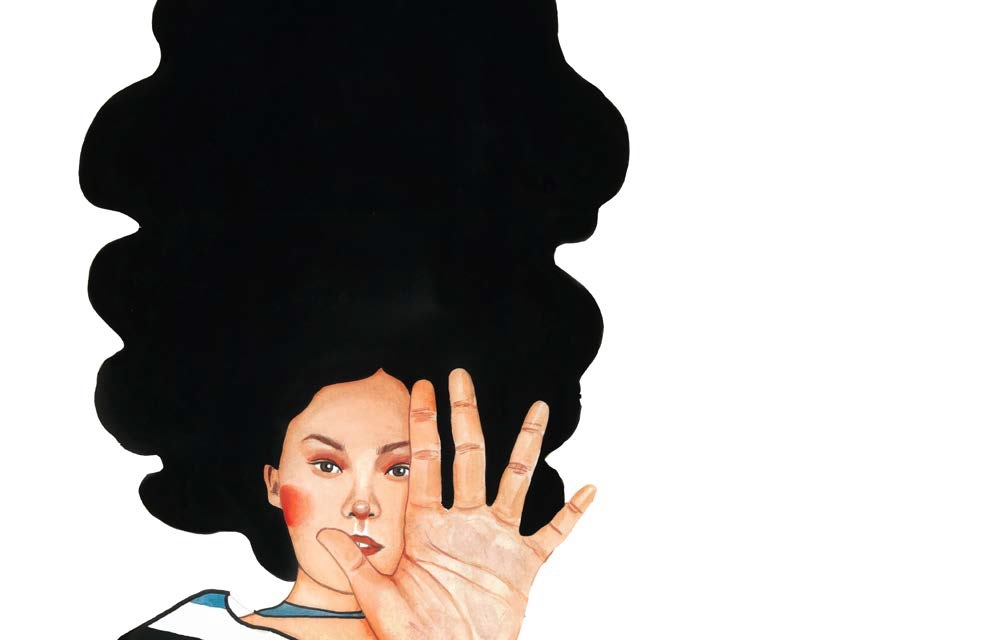 Artwork by Hülya Özdemi
I and my mum are not supposed to look like sisters, and saying we do is not a complement
Read Time: 3 minutes

For the longest time I felt flattered when my friends, upon meeting my mother for the first time, said how she looks like my older sister. Or how young she looks to have a grown up kid.

It took me years of reading, learning, and unlearning to realize that my mum looks too young to have a 30 year old kid because she was married off a child bride and forced to have a child too soon.

Nobody asked her if that was what she wanted.

My mum was 16 when her parents arranged her marriage and 17 when she first gave birth. 30 years and three children later, she still looks too young to be a mother of grown up children.

My dad rarely attracts similar comments of “looking too young”. He was 30 when he married my 16-year-old mother.

Looking young is not a complement, it’s an agiest remark which caters to male gaze.

If anyone argues that the ‘secret’ behind their youthful look is ‘clean living’ and some form of ‘exercise’, I call that bull excreta.

Because in Nepal, though the legal age of marriage is 20 years for both men and women, 37 percent of girls are married before the age of 18, according to Girls not Brides, an organisation working to end child marriage.

About 29 percent of the marriages in the country still happen between girls and boys under the age of 18.

Globally, more than 14 million girls become child brides each year, and many of them are under the age of 15.

Over 700 million women alive today were married as children. Almost half of them live in South Asia.

The contrasts among the South Asian countries are intriguing, as the differences in Bangladesh and Pakistan are noticeably larger on average than are those in Nepal.

In these three societies women marry at extremely young ages, especially in Bangladesh (median ages 13.9,16.6 and 16.6 for Bangladesh, Pakistan and Nepal, respectively), while men in Nepal marry two to three years earlier on average than do men in the other two countries (median ages 23.2,23.9 and 20.8), according to a research titled ‘The Age Difference Between Spouses: Variations among Developing Countries’.

These data, however, don’t mean much to my mother. She finds it a bit uncomfortable to understand the concept of child brides, consent between husband and wife, and that martial rape is a legally defined term now.

She finds my generation of women having choices and voices fascinating.

And today she is terrified that 30 is too old an age for me to not have kids. She insists that I might regret not getting married or having kids by choice once I’m ‘old and alone’.

It is also unsettling for my mother when the ‘your mum looks like your older sister’ comment irks me. She finds the remark flattering.

She also uses the phrase “I was younger than her when I got married, but I still managed the household more maturely” too liberally whenever my sisters-in-law don’t keep up with ‘family traditions’.

That’s how she propagates patriarchy and embraces her internalized misogyny.