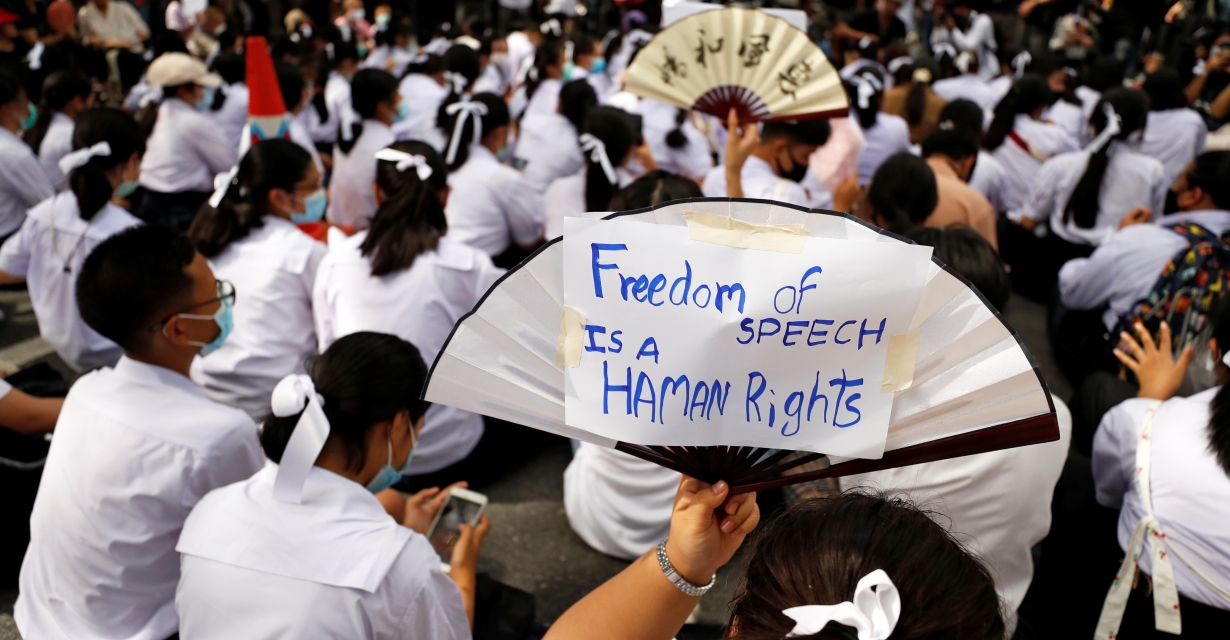 BANGKOK, Sept 5 (Reuters) – Hundreds of high school students demonstrated in Bangkok on Saturday to demand reform of an education system they say is outdated in the latest of more than a month of anti-authority protests.

Protests that began on Thai university campuses have taken place almost daily since mid-July in an increasing challenge to the government in the Southeast Asian country with some protesters also demanding change to the powerful monarchy.

Over 600 students rallied outside the education ministry in Bangkok. They called for the freedom to be able to speak their minds at school and the relaxation of rigid rules on uniforms and behaviour.

“Thai education has made us puppets,” 18-year-old Supicha “Menu” Chailom said. “We are not robots of the system, we are the youth and have the right to express ourselves.” 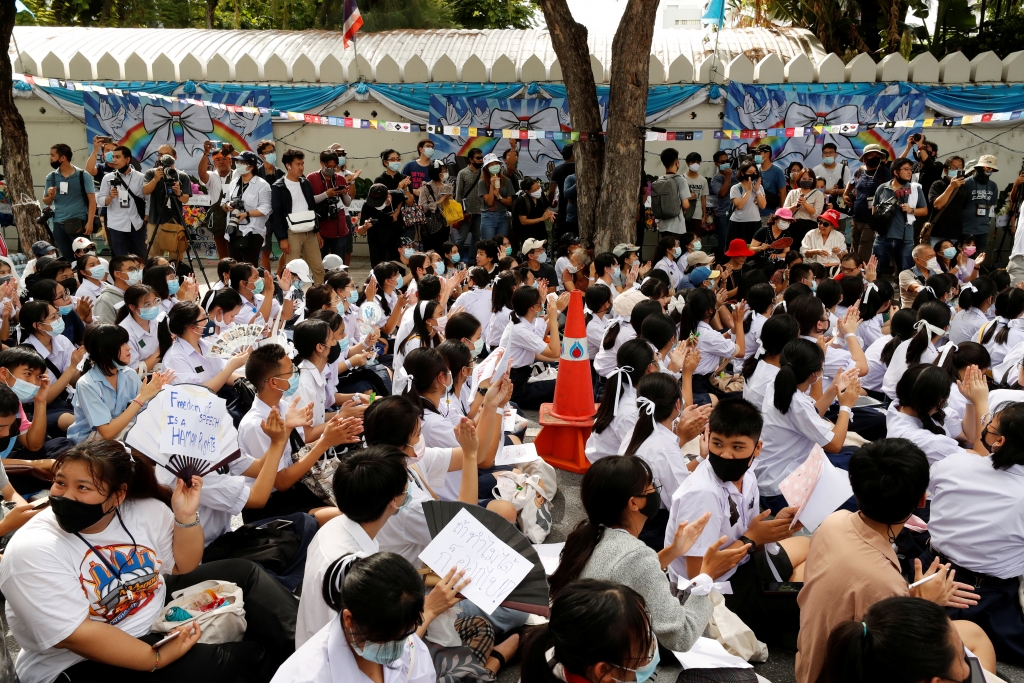 Anti-government protesters and students wearing white ribbons attend a demonstration demanding the government to resign, in front of the Ministry of Education in Bangkok, Thailand September 5, 2020. REUTERS/Jorge Silva

Protests spread to some high schools last month, with students raising the “Hunger Games” three-finger salute during morning assemblies, a symbol of the pro-democracy movement.

“The issues that the youth raised are things we can come to an understanding on as long as we respect each other and the rules,” he said.

Prime Minister Prayuth Chan-ocha, the main target of the protests, last week warned protesters they were creating divisions that could cause the collapse of Thailand and leave it “engulfed in flames”.

He has particularly condemned those who have demanded reforms to the monarchy – once a taboo subject.

On Saturday, Thailand’s government released a cartoon drawn by King Maha Vajiralongkorn, who spends most of his time in Europe, that portrayed a happy Thai family living a contended rural life.