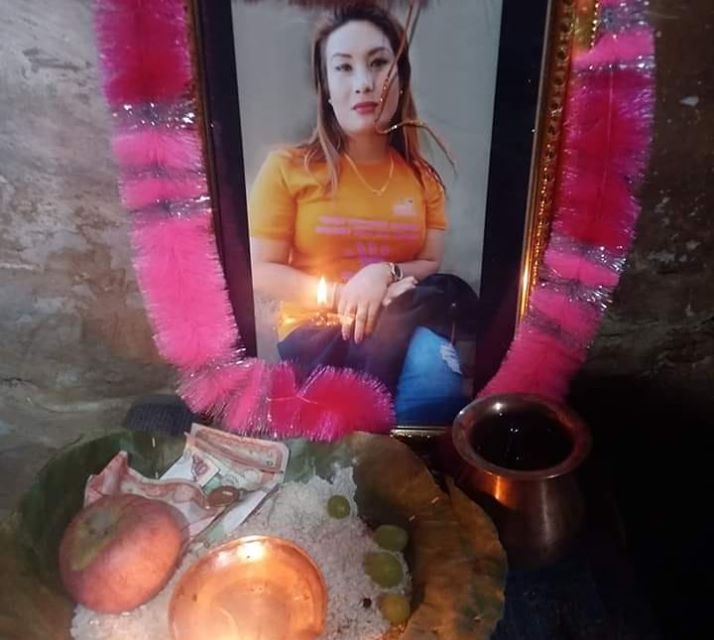 Ajita, a 29-year-old transgender woman, was found dead at around 4:30 am on January 19 in Hetauda. Her body was discovered near the Kyampadanda road, half-naked and beaten to death.

Hetauda Police paraded the five accused amid a press conference today. As per police investigation, the arrested had murdered Ajita and dumped her body along the highway.

Ajita’s mobile, among her other belongings, were missing when police found her body. Police were able to arrest the five after Elisha was found using Ajita’s lost phone. The phone was initially given to Ashish by Buddha and Elisha is Ashish’s wife, police said.

Kiran Thapa, a close friend of Ajita, said that she appreciates the role played by police, media and the Blue Diamond Society in finding Ajita’s murderers.

“Our only demand, as members of the LGBTQ community, is that the government amend its policies and stipulate stringent action against such criminals. Years in prison is not enough, such persons should be given a death sentence.”