Since past few days, a photo of a man and a woman traveling on a motorcycle with a government number plate has become viral on social media. The photo is being circulated on various social media platforms, mostly for the venomous comments it has garnered against the woman in the photo.

Anyone coming across the photo can see hundreds of body shaming/slut shaming comments and trolls made about the dress worn by the woman riding pillion on the bike, which is also the only reason for the photo to go viral. 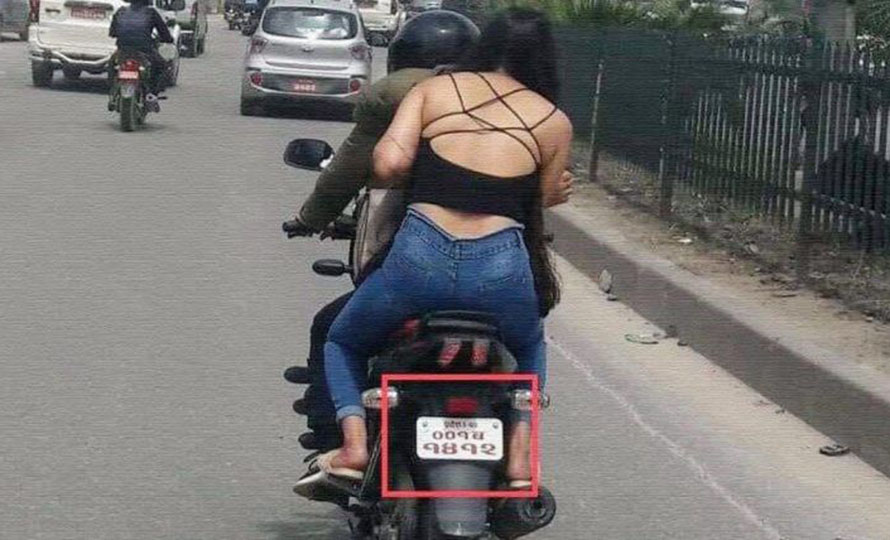 The photo was taken by an unknown person when they came to Kathmandu, with permission from authorities, for administrative purposes.

Nobody knew about the photo until former government secretary, Bhim Upadhyaya, uploaded it on his personal Facebook account. Upadhyay, with over 100,000 followers, posted the photo saying ‘scene of a government motorcycle’ and within a short time, it spread all over Facebook.

Upadhyaya said that he uploaded the photo a because he found it “a little peculiar since a woman riding on a government motorcycle was wearing such clothes”.

By the time he deleted the photo, it had been copied and pasted on by thousands of other users with derogative comments about the woman’s character.

Chief Editor at the state-run Radio Nepal, Sunil Thapa, said that though the persons riding on the bike “might” have misused government property, one shouldn’t comment on the body or the clothes of the woman.

“Wearing comfortable dress is a basic human right and the woman in the photo wore a dress that was comfortable to her while traveling. It should not be a matter of public discussion, let alone harassment,” said Thapa. 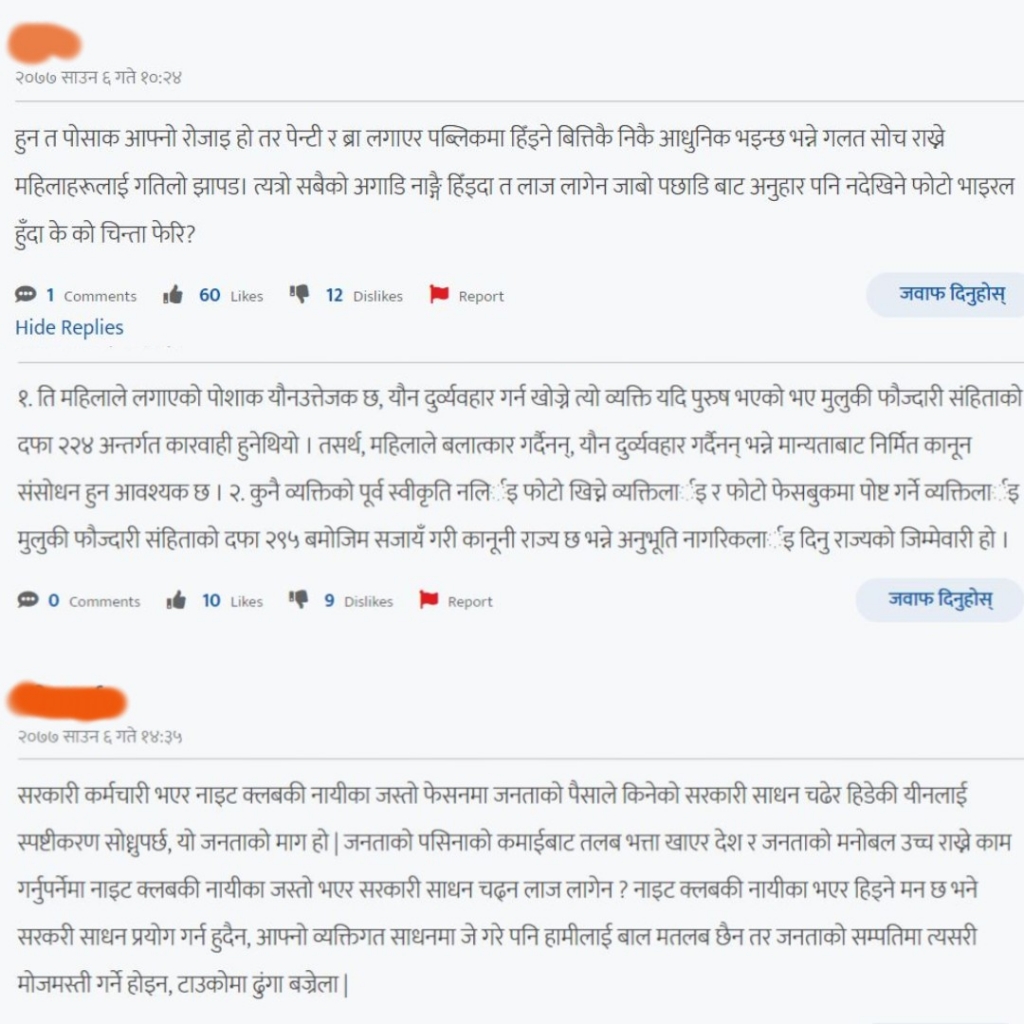 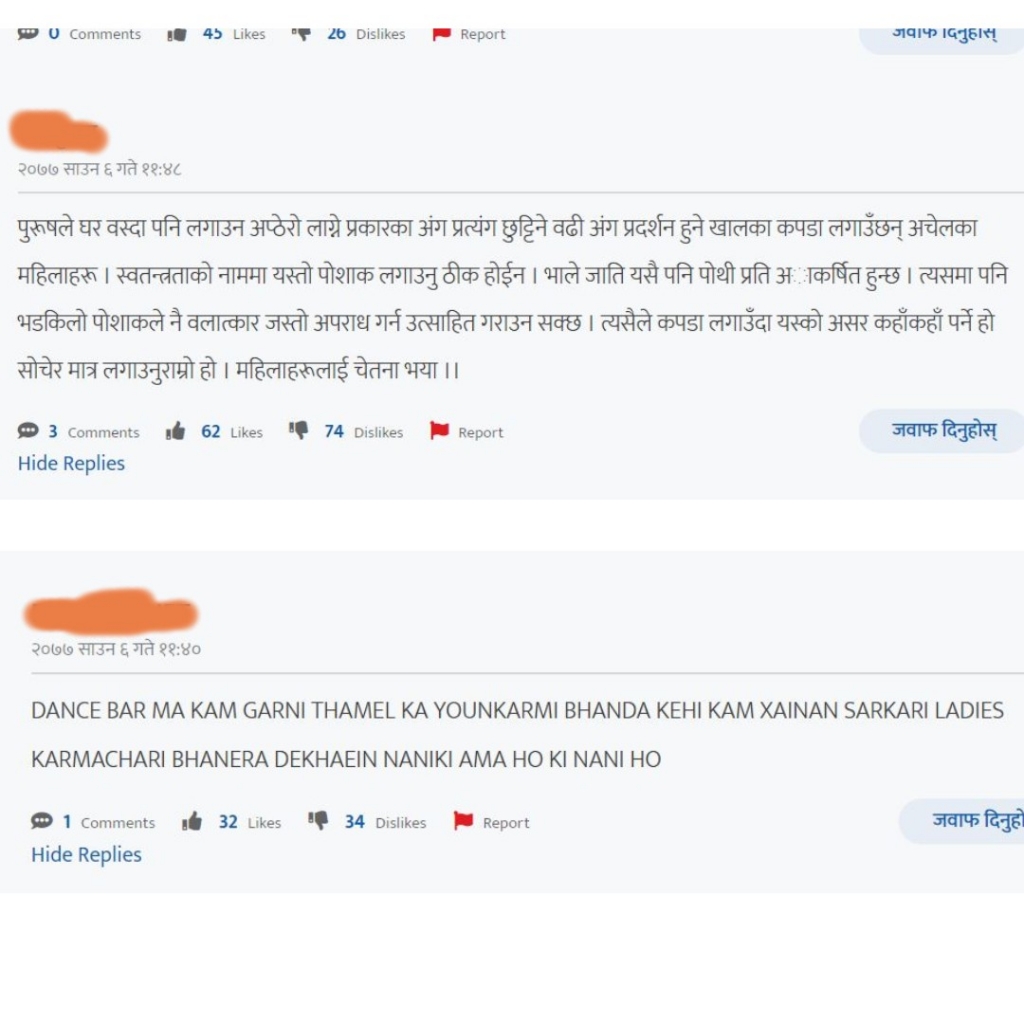 The woman in the photo said people commenting on her moral character because of her clothes had caused her immense mental stress and even put her family in trouble. She has not been able to return to her work due the same.

Meanwhile, singer Sophia Thapa has received death and rape threats from various Hindu religious organizations as well as individuals for releasing a song.

The song’s lyrics calls women to not observe fast, or partake in unnecessary spending this Teej, a Hindu festival. Ever since the song was released on YouTube, Hindu religious organizations, mainly World Hindu Youth Committee, has issued death as well as rape threats against Thapa and her family.

They have also demanded her to take the song down from YouTube. 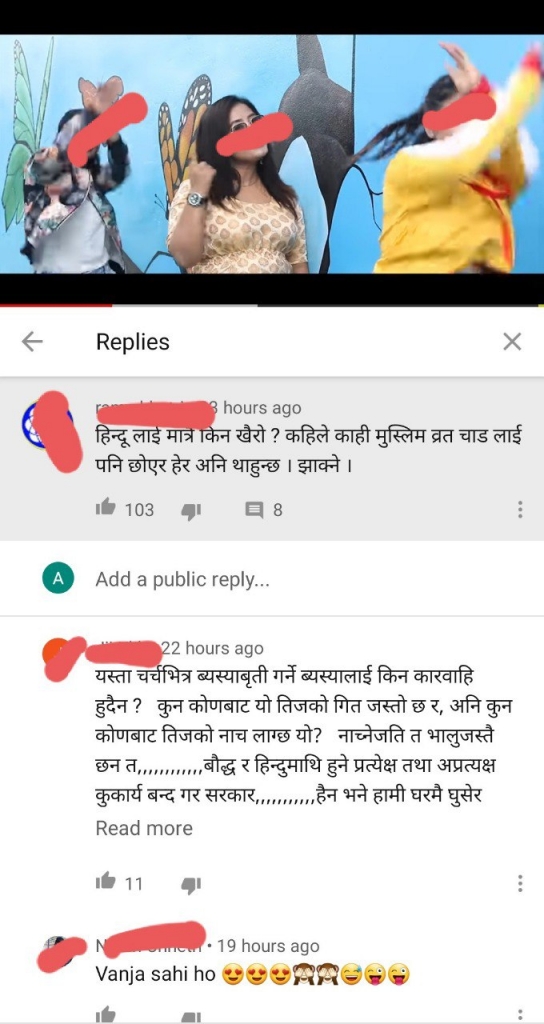 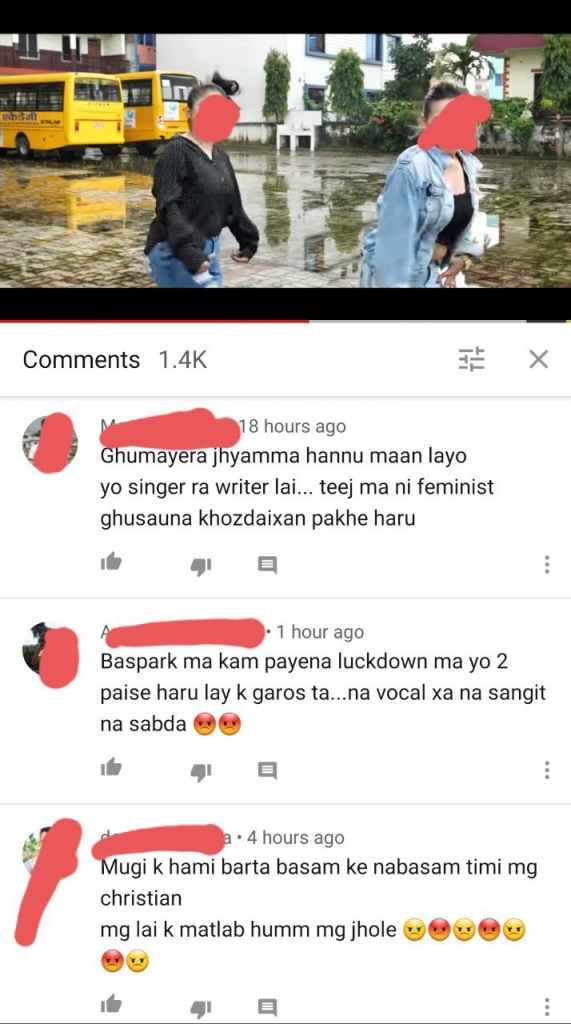 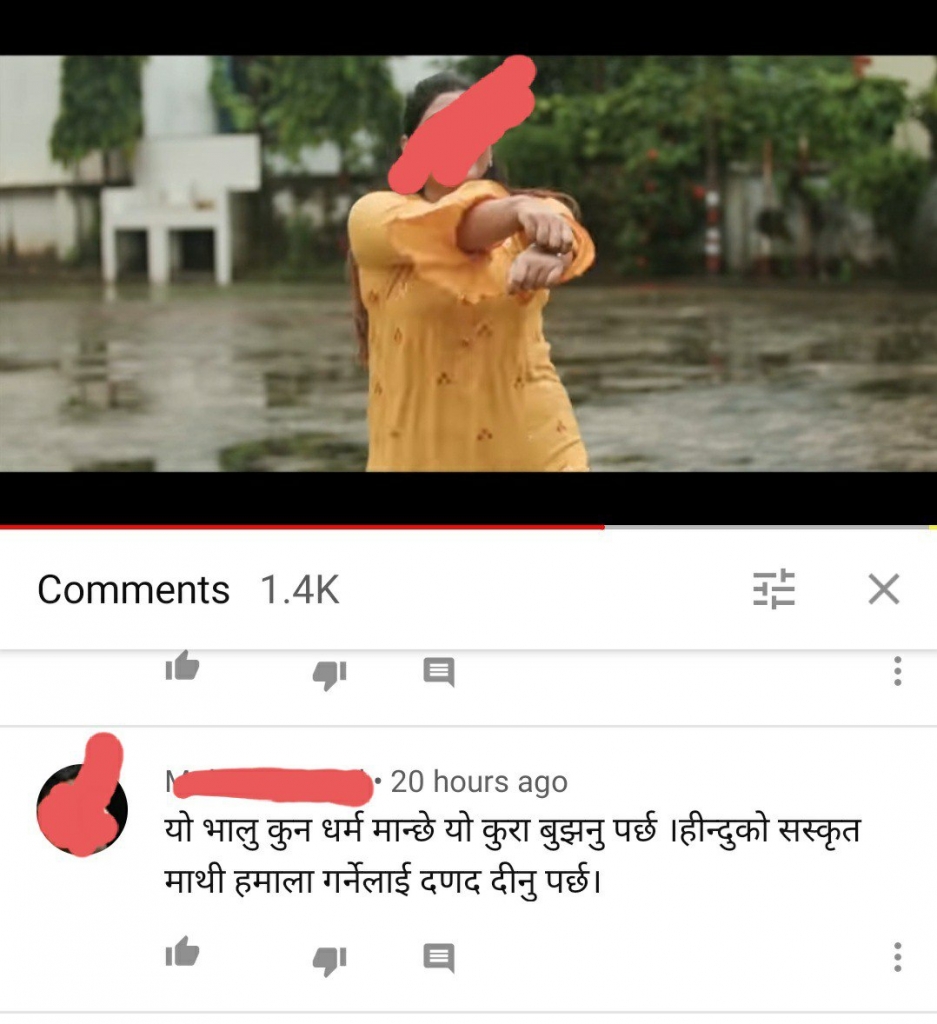 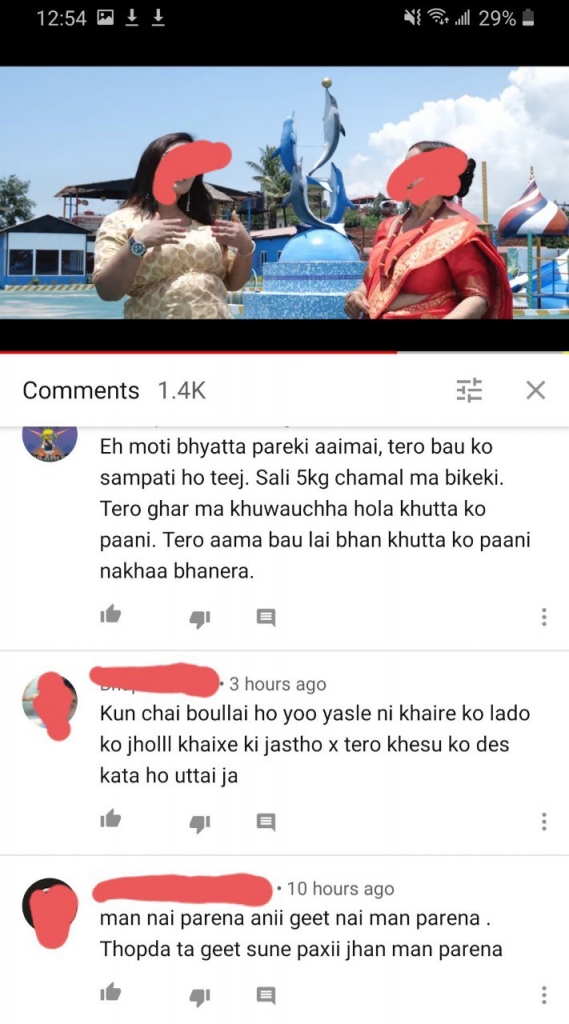 Nepali women neither have any liberty nor the freedom of expression because Nepali men are the gatekeepers of all kinds of virtue.  Whenever violence and discrimination against women are discussed, Nepali men jump in defence saying “but what about men, they also face abuse.”

The plights of men are used merely as a defence mechanism by men when talking about gender equity. Toxic masculinity and patriarchy have victimized all genders, and that is why cisgender heterosexual men often keep at bay when it comes to sharing their emotional, psychological, and physical ordeals.

Most cis-het men don’t even know that International Men’s day is celebrated across the globe on November 19, but they don’t shy away from remarking “men should also have a special day for them no” on Women’s Day every year.