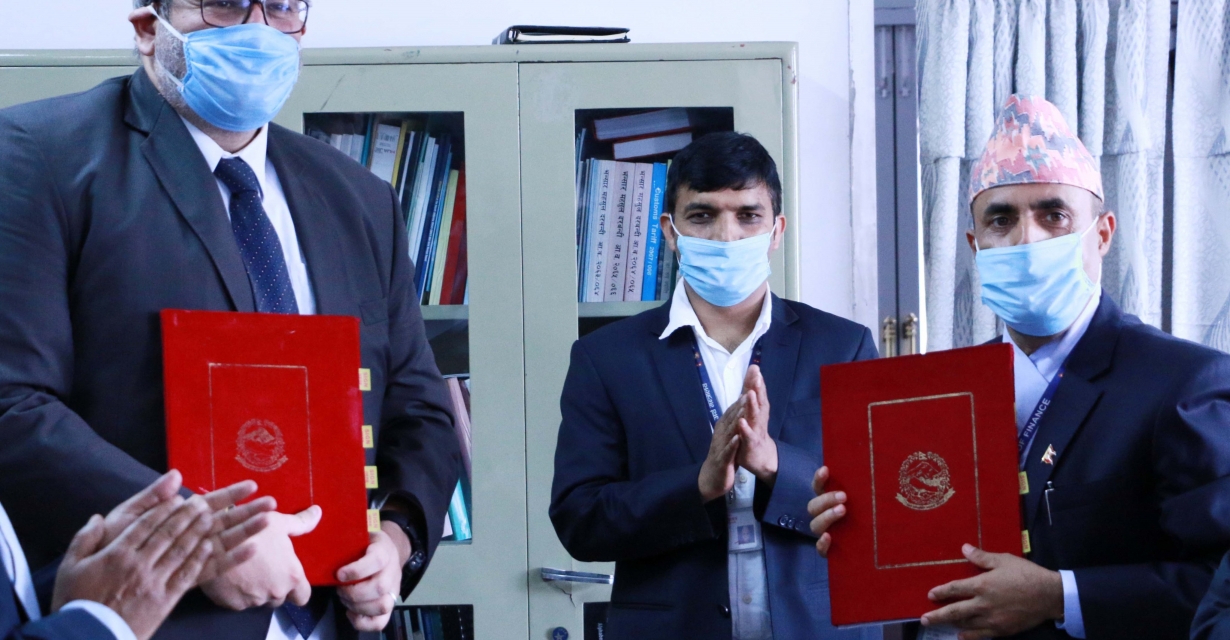 The Government of Nepal and the World Bank Board signed a $100 million Development Policy Credit (DPC) yesterday to improve the financial viability and governance of the energy sector and recover from the COVID-19 crisis.

The agreement was signed by the Finance Secretary, Sishir Kumar Dhungana on behalf of the Government of Nepal and the World Bank Country Manager for Nepal, Faris Hadad-Zervos.

The approved operation is the second in a series of three DPC operations to support key policy, regulatory and institutional reforms to unlock the economic potential of Nepal’s energy sector, according to a press statement issued by World Bank Nepal.

These include measures to improve the financial viability of the Nepal Electricity Authority (NEA) as the sole off-taker; establish a regulatory framework that is autonomous, transparent, and accountable; achieve greater integration with the regional electricity market to ensure the optimal use of Nepal’s hydropower resource; and restructure NEA to empower provincial and local governments under the federal structure, read the statement.

“We are thankful to the World Bank for the continued support to improve the quality of infrastructure and social-economic development in Nepal. The support made by the World Bank to enhance Nepal’s energy capacity will improve access to electricity as aimed by our plan and budget and also enhance the capacity of Nepal Electricity Authority,” stated Sishir Kumar Dhungana, Secretary at the Ministry of Finance.

“While Nepal has made important progress in the sector, addressing the immediate and long-term impacts of the pandemic is a key priority of the government to ensure the benefits are sustained over time,” he said.

“Electricity is now available to 88 percent of the population. An independent electricity regulator, central to the sector’s reform agenda, has become operational. A newly proposed Electricity Bill will, among others, enable competition in electricity generation and establishing power trade as a licensed activity.”

“The World Bank is committed to support the government in strengthening the energy sector in Nepal during the crisis and for post-crisis recovery,” stated Faris Hadad-Zervos, World Bank Country Manager for Nepal.

“This operation will help Nepal develop a reliable, affordable, and sustainable energy sector that supports poverty reduction and shared prosperity in the country.”