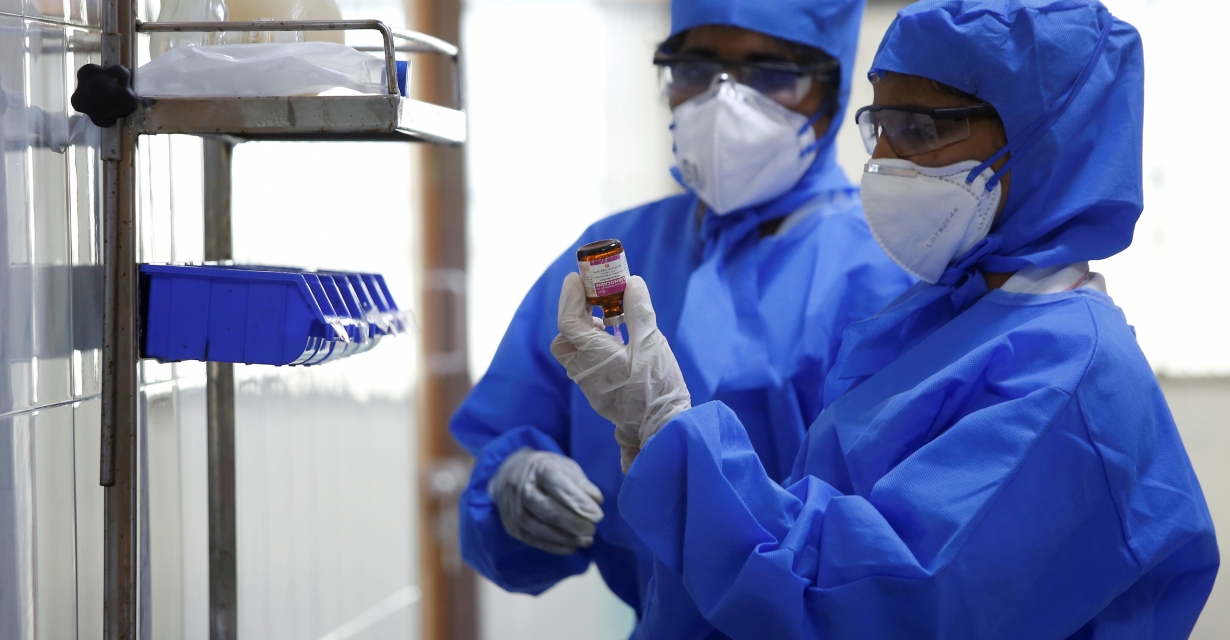 FILE PHOTO: Medical staff with protective clothing are seen inside a ward specialised in receiving any person who may have been infected with coronavirus, at the Rajiv Ghandhi Government General hospital in Chennai, India, January 29, 2020. REUTERS/P. Ravikumar/File Photo
Global supplier India curbs drug exports, including cetamol, as coronavirus fears grow
Read Time: 2 minutes

India, the world’s main supplier of generic drugs, has restricted the export of 26 pharmaceutical ingredients and the medicines made from them, including Paracetamol, as the coronavirus outbreak plays havoc with supply chains.

The Indian government urged calm and said there were enough stocks to manufacture formulations for two-to-three months.

The government’s list of 26 active pharmaceutical ingredients (APIs) and medicines accounts for 10% of all Indian pharmaceutical exports and includes several antibiotics, such as tinidazole and erythromycin, the hormone progesterone and Vitamin B12.

It was unclear how the restriction would impact the availability of these medicines in the countries that import from India and also depend on China.

The FDA last week announced the first coronavirus-related drug shortage in the United States but declined to name the drug in question.

Indian drugmakers rely on China, the source of the virus outbreak, for almost 70% of the APIs for their medicines.

Industry experts say they are likely to face shortages if the epidemic drags on.

“Export of specified APIs and formulations made from these APIs… is hereby ‘restricted’ with immediate effect and till further orders,” the Director General of Foreign Trade said in a statement on Tuesday, without explaining the extent of the restrictions.

“If coronavirus is not contained, then in that case there could be acute shortages,” Dinesh Dua, chairman of the Pharmaceuticals Export Promotion Council of India, told Reuters. The council falls under the federal commerce ministry.

In a statement, the Indian federal government said state authorities had been asked to monitor the production and availability of APIs and formulations to prevent black marketing and hoarding.