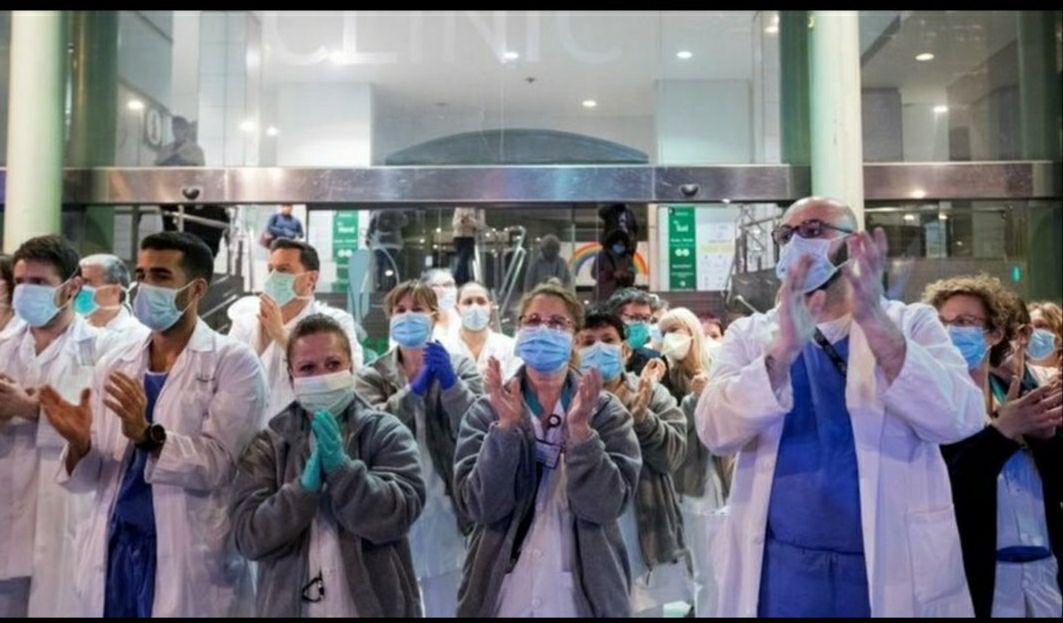 From clapping to kindness, five reasons to be hopeful
Read Time: 3 minutes

As the number of coronavirus cases continue to rise worldwide, positivity is hard to come by. We are in the throes of a global health crisis that may last weeks, if not months.

And yet there are plenty of reasons to be cheerful. As the pandemic has deepened, the worst of the crisis has brought out the best out in humanity.

1. Healthcare workers are being applauded worldwide.
Doctors, nurses and other healthcare workers have been on the front line of the fight against the coronavirus.
Of the more than 500,000 people infected by the virus globally, around 130,000 have recovered, according to data collated by Johns Hopkins University. Those recoveries can be attributed, in part, to the heroic efforts of healthcare workers.
To acknowledge this, people across the world, including Italy and Spain, France and India, have taken part in poignant clapping tributes to salute them.

2. China is relaxing restrictions.
For the time being, at least, China appears to believe it has brought its coronavirus emergency under control. Very few home-grown – known as locally transmitted – cases have been reported in recent days. Most of its new cases have been imported from aboard.

3. Italy might be turning the tide.
Earlier this week, Italy’s Civil Protection Agency said the country was in “an apparent stabilisation phase” of contagion. That’s because for four consecutive days, the country reported a decline in the number of new cases and deaths from coronavirus.
The World Health Organization (WHO) has called the slowdown encouraging. The health chief in Lombardy, the hardest-hit region, said there was “light at the end of the tunnel”.

4. Scientific progress continues.
The world is relying on scientists to develop a vaccine so that people do not become sick if they are exposed to the virus.
Several vaccines are in development, with human trials already under way. Realistically, experts say a vaccine won’t be ready for at least a year to 18 months.

5. Community spirit and acts of kindness are flourishing.
In the UK, hundreds of thousands of people have signed up to join the NHS’s volunteer army, smashing the government’s recruitment target. Stephen Powis, NHS England medical director, said there had been “outbreaks of altruism” and he was “bowled over” by the response from volunteers.

In Spain, a doctor’s online plea for letters to those who had been hospitalised by coronavirus received an overwhelming response. Tens of thousands of letters were sent by well-wishers, El Pais reported.

And to connect with each other, people have been putting images of rainbows in their windows and one their balconies., in a colourful sign of optimism.