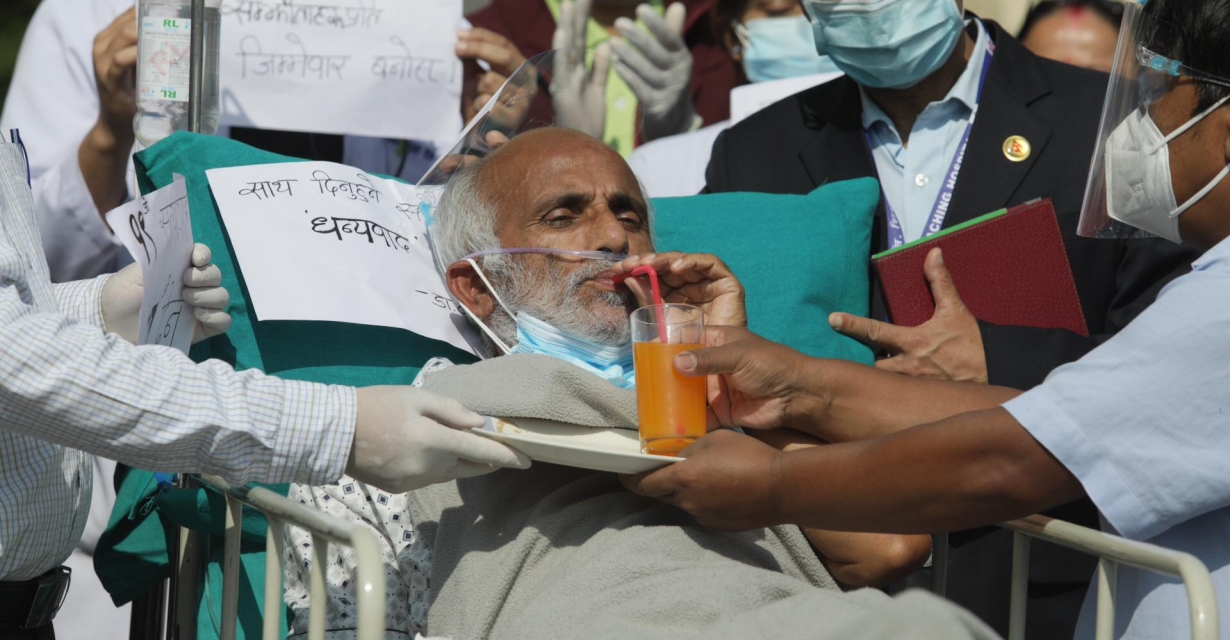 An agreement was reached between Dr Govinda KC and the government at midnight on Saturday.

Dr KC had been staging fast-unto-death for the past 27 days demanding reforms in the country’s medical education sector. He had started his 19th hunger strike in Jumla on September 4.

Dr KC and Gopinath Mainali, coordinator of the government’s negotiation team as well as education secretary, signed an eight-point agreement at the Maharjgunj-based TU Teaching Hospital.

Dr KC ended break his hunger strike on Sunday morning after drinking a glass of juice offered by a person who had recovered from COVID-19. 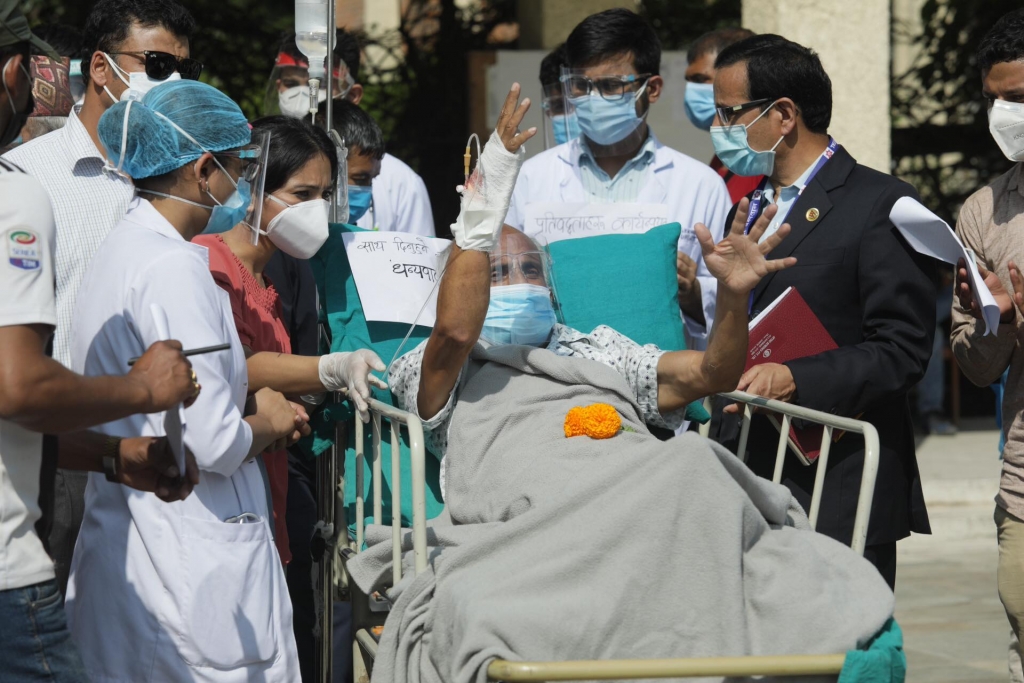 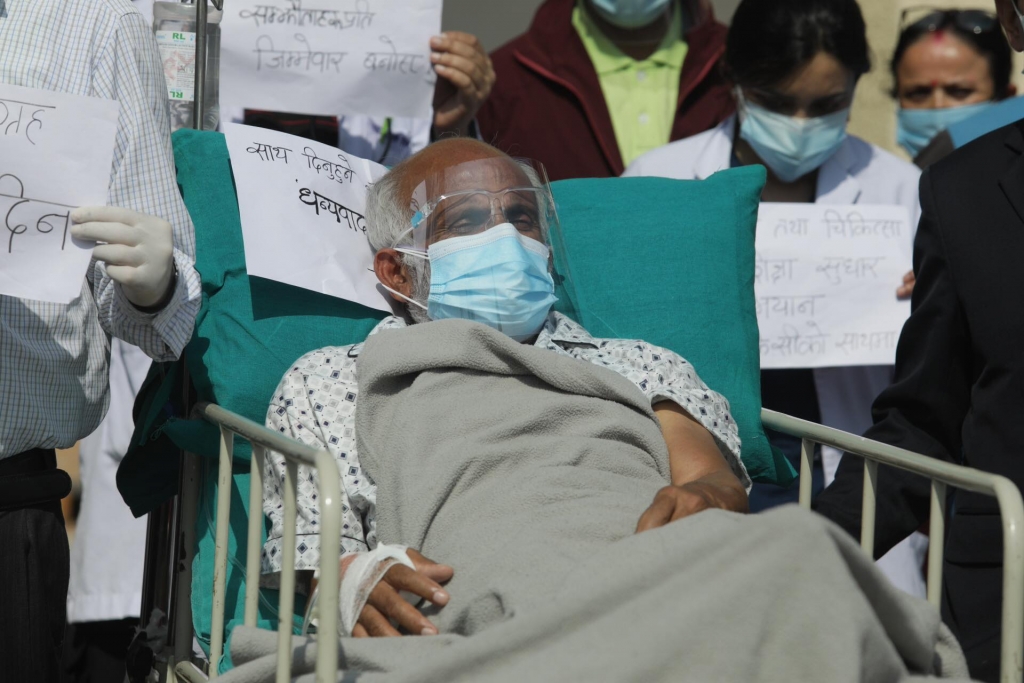 The first point of agreement signed between the two parties mentions that the Karnali Institute of Health Sciences, Jumla will start medical education program, including MBBS, from the next academic session after the government manages the needful physical infrastructure and manpower at the institute.

The agreement also states that the government will make legal arrangements for the establishment of Geta Medical College in Kailali of the far western state and teaching-learning will start by February 22, 2024 AD by arranging necessary physical infrastructure and manpower there.

The agreement also states that a bill related to the Integrated Health Science Academy will be tabled in the upcoming winter session of the parliament. It has also been agreed that the Ministry of Education will provide budget for the establishment of a government medical college in Bardibas of Province 2. Emphasis will be laid on building infrastructure to start undergraduate level educational programs in Pokhara and Rapti Health Science Academy.

Secretary Mainali informed that the Ministry of Education has agreed to expedite the process of opening government medical colleges in Doti or Dadeldhura, Udaipur and Ilam or Panchthar within a year.

Similarly, it has been agreed to expedite the construction of infrastructure of Ram Raja Prasad Singh Institute of Health Sciences in Saptari. “Expansion of PCR testing for proper management of COVID-19 and expansion of capacity of government hospitals for treatment of COVID and other diseases as required,” the second point of the agreement said.

A budget will also be allocated for free health care at Bayalpata Hospital in Achham.

It has also been agreed to make legal arrangements for the appointment of officials in universities and academies. It has been agreed to draft the proposed Education Bill and the Integrated Health Education Academy Bill within three years to appoint office bearers of universities and academies in a fair and transparent manner as per the suggestion of the Committee for Determining Appointment Criteria.

Until the said legal provision, appointments will be made on the basis of professional seniority and efficiency.

One of the demands of Dr KC was amendment of the Medical Education Act. Hence, a task force has been formed to amend the law. As per the earlier agreement of 2075 BS between the two parties, the new agreement has stated to leave the issue of amending the Act within the jurisdiction of the task force.

The agreement also stipulates that the issues agreed upon will be implemented by the concerned government bodies.

The eighth and last point of the agreement reads that Dr KC will end his hunger strike. 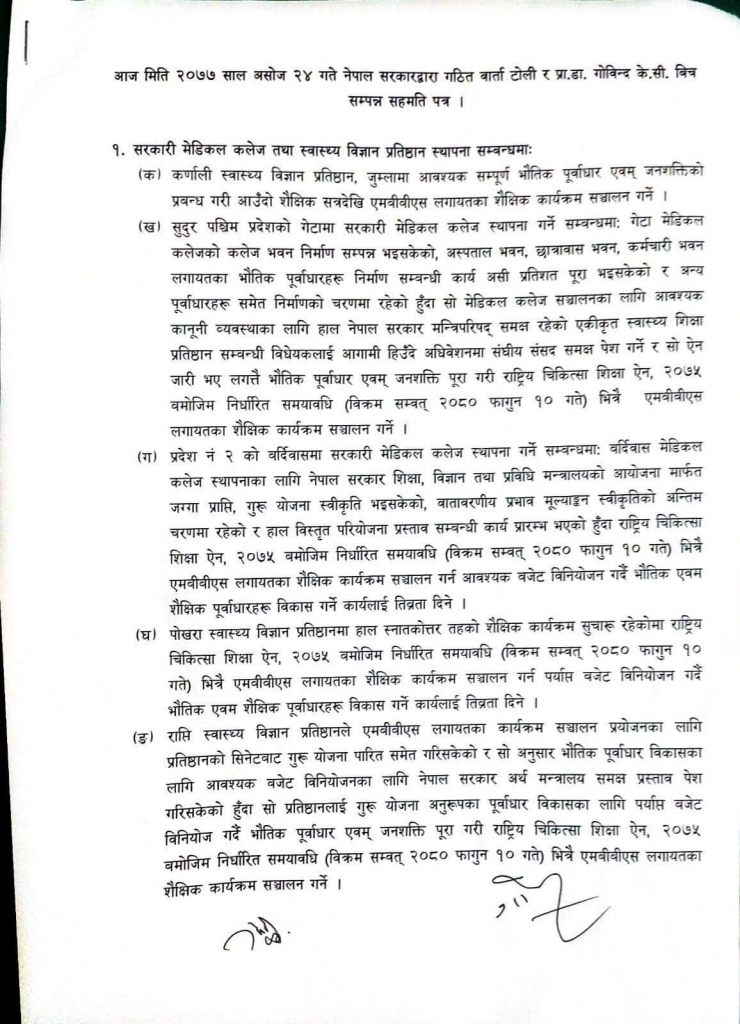 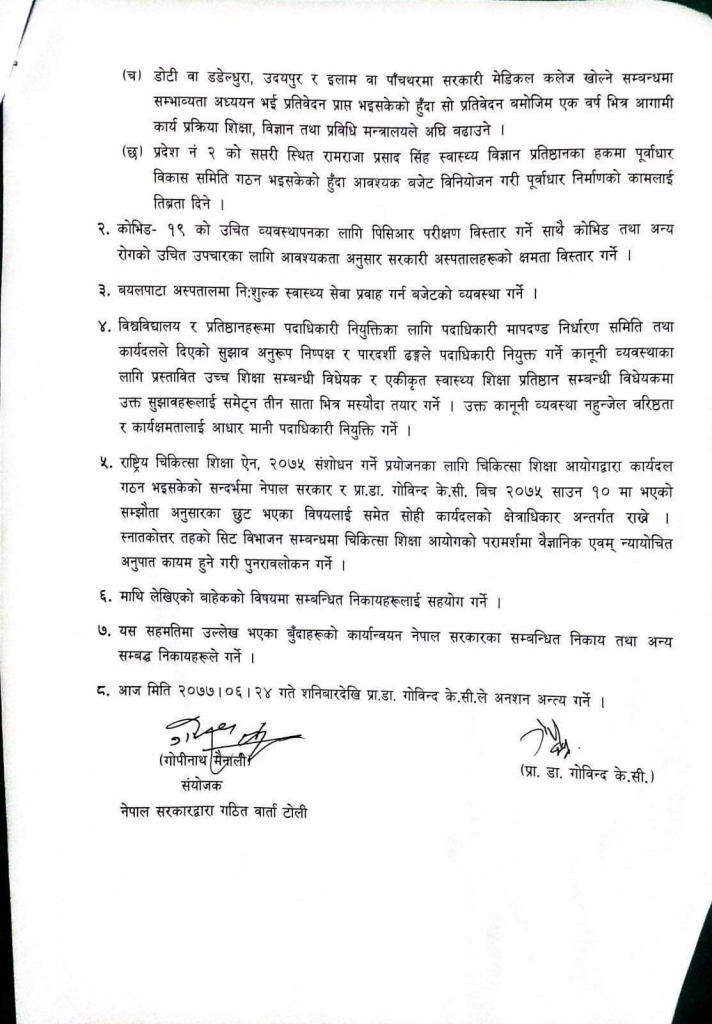