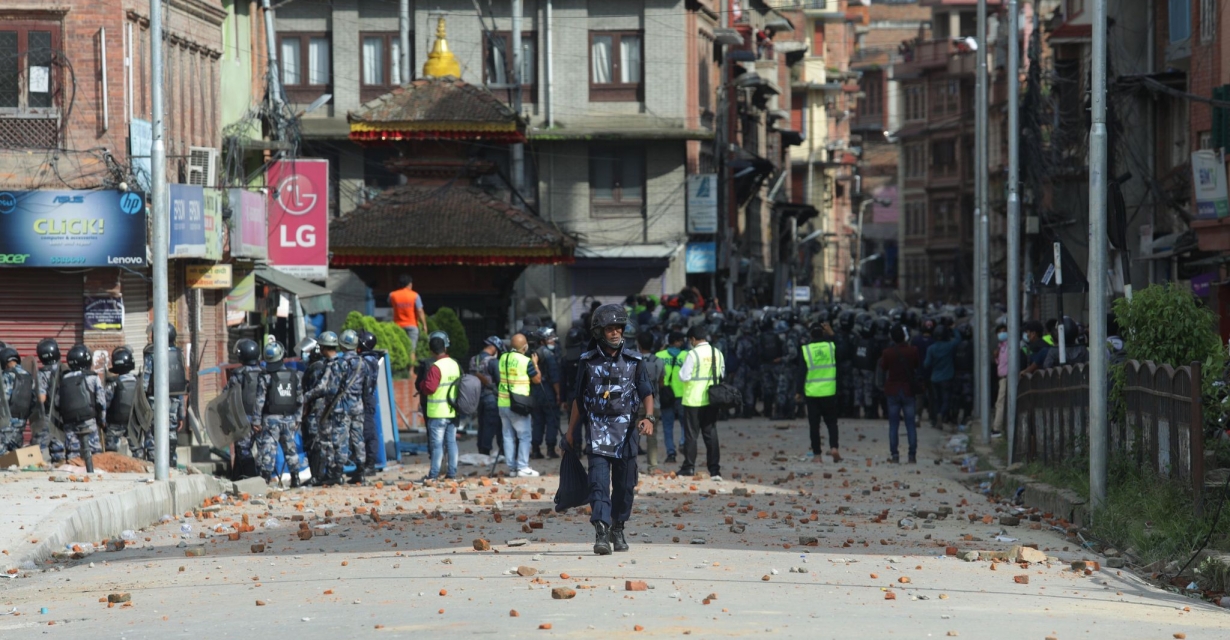 Curfew in Lalitpur after locals clash with police; Chhama puja to be carried out (With photos)
Read Time: 6 minutes

The District Administration Office (DAO) of Lalitpur has clamped curfew in the inner parts of Lalitpur district after yesterday’s clash over Machhindranath chariot procession at Pulchowk.

The restriction is imposed to the areas that fall within the Ring-Road from 4:00 am till 10:00 pm as per the Local Administration Act 6 ka (1).

A notice issued by DAO reads, “Police may even fire shots if people fail to abide by the curfew rules.”

Four police personnel and dozens of locals were injured in the incident.

On Thursday, a clash erupted between Lalitpur locals and police as the former started to pull the Machhindranath chariot that has been stranded at Pulchowk for months now, defying the ongoing prohibitory order in the Valley.

A crowd had gathered initially to protest the authorities’ turning a blind eye to the festival, but it turned violent soon.

The Machhindranath Jatra or the Bunga Dyaḥ Jatra that was due to take place in April has been deferred this year due to the coronavirus pandemic. It is believed that the chariot must be taken to Bungmati before the Malamas which will begin at around mid-September in 2020.

There is also a belief that if the chariot isn’t pulled before the start of the malmas which starts in mid-September, the idol of Rato Machindranath has to be taken to Bhaktapur.

Chandra Maharjan, who coordinates the festival, said a meeting was still underway with stakeholders concerned when they heard that people were pulling the chariot.

“We were not part of what happened and the incident does not involve the main stakeholders. We don’t recognise those who attempted to pull the chariot,” Maharjan said.

The exact details of who started the protests not yet known. Senior Superintendent Tek Prasad Rai, chief of Lalitpur Metropolitan Police Range informed that preliminary investigation with the arrested hinted that the protestors might have gathered people through a facebook page called Hamro Jatra.

According to Rai, nine people were leading the protests and among them were those who beat up a traffic policeman.

A meeting held yesterday between representatives of the various bodies involved in the festival, Chief District Officer Narayan Prasad Bhatta and Mayor of Lalitpur Metropolitan City Chiribabu Maharjan decided to resume the rituals with Chhama puja on Friday.

Rabindra Maharjan, a Patan local, said that the incident was a result of people’s frustration and locals losing patience with the government’s lack of response.

“Although I condemn the violence that ensued, the incident was an outburst of cultural fath and beliefs. Had the government made alternative arrangements, the situation could have been avoided,” he said. 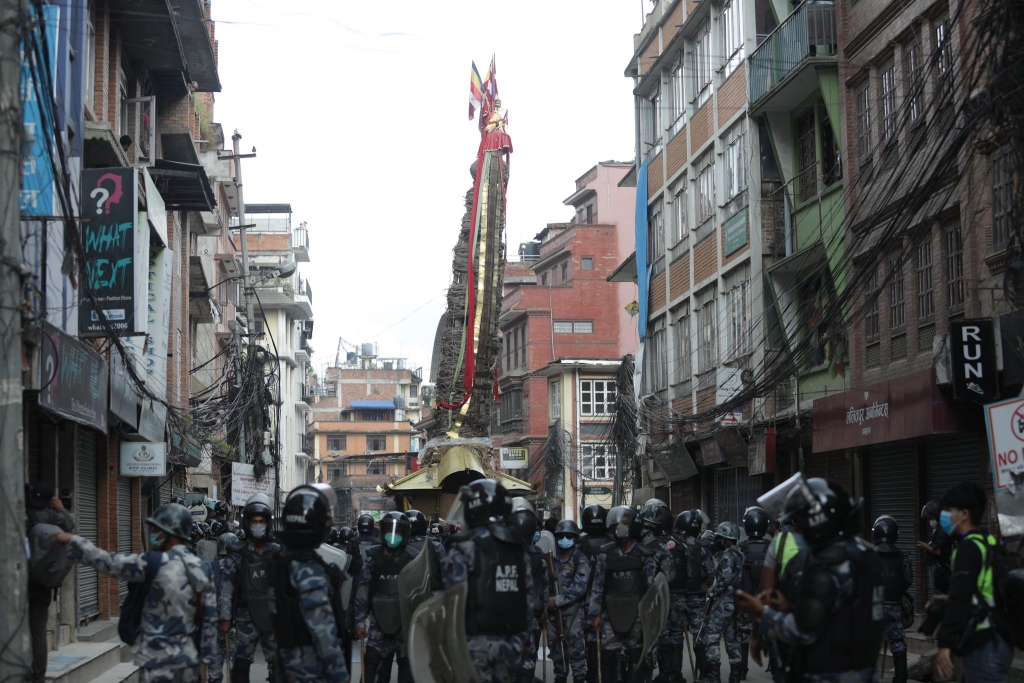 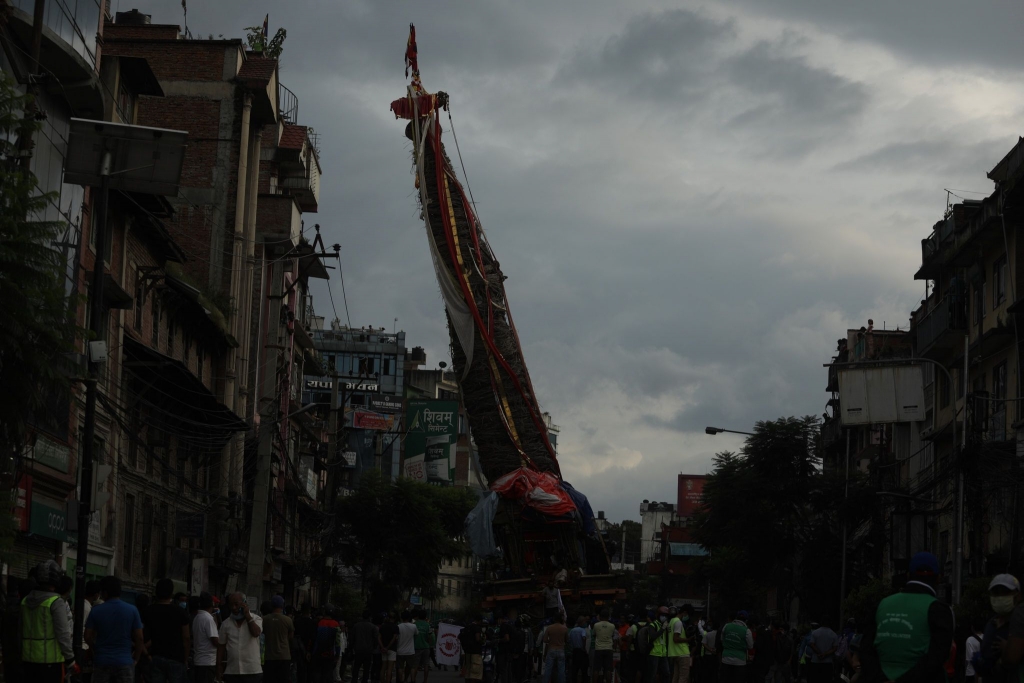 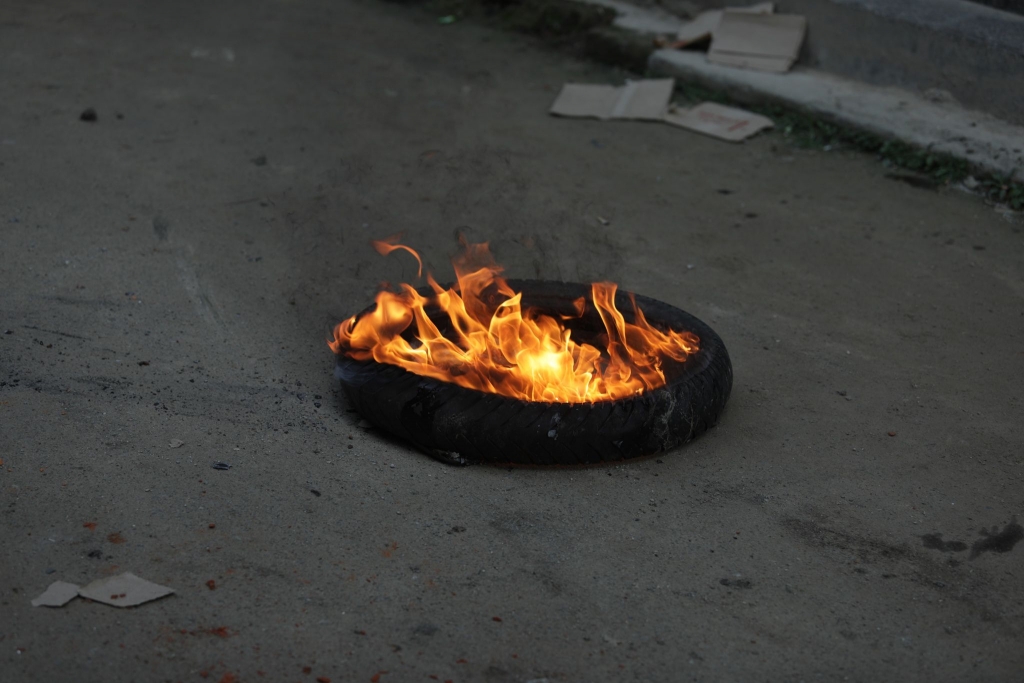 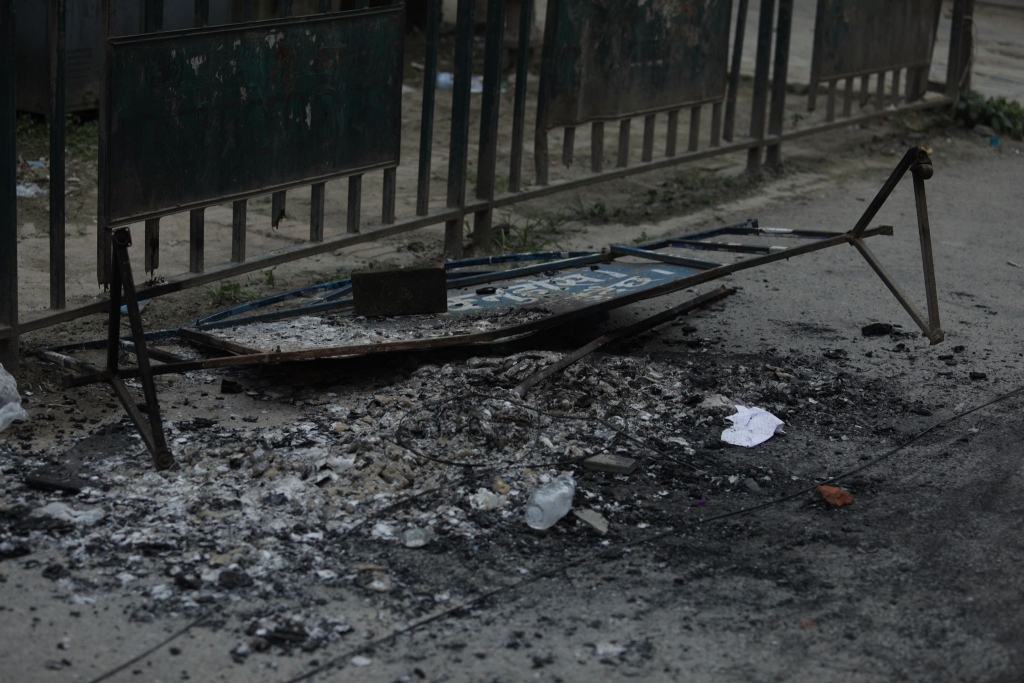 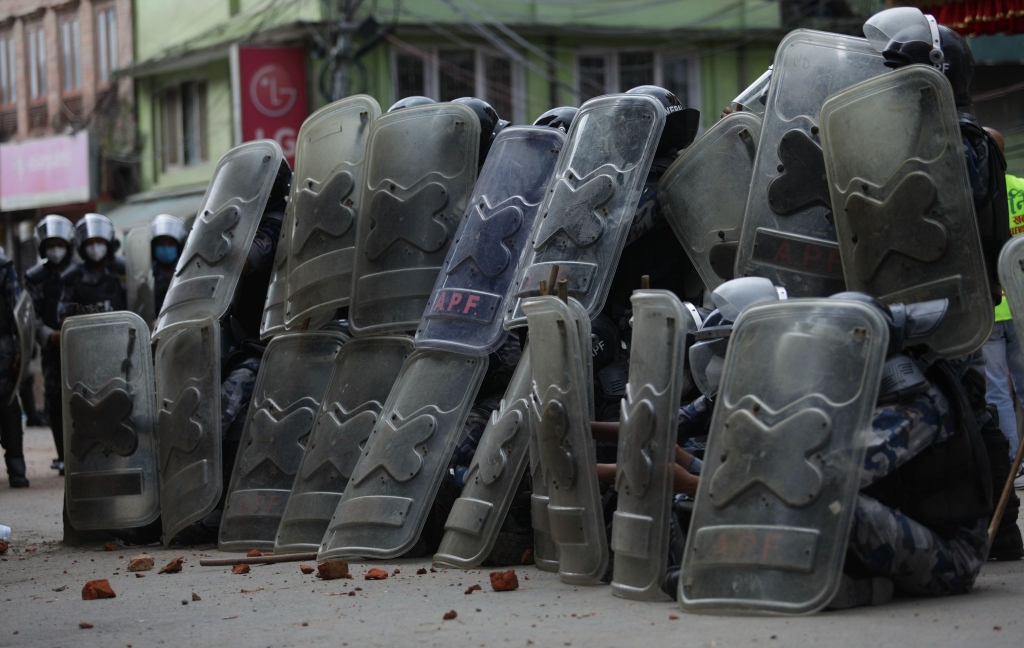 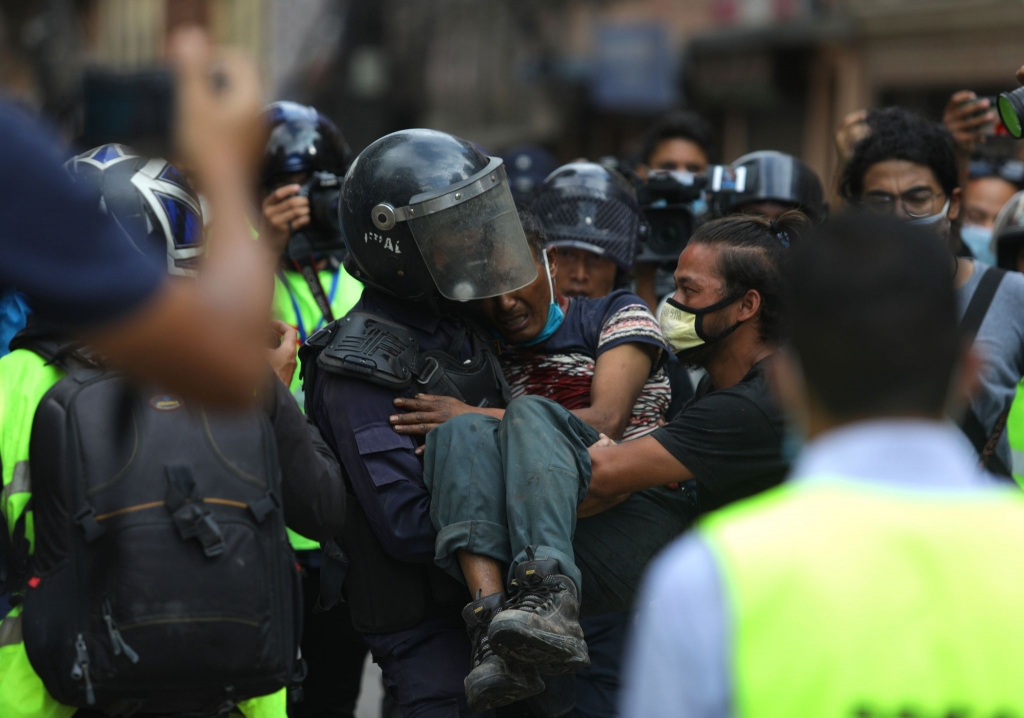 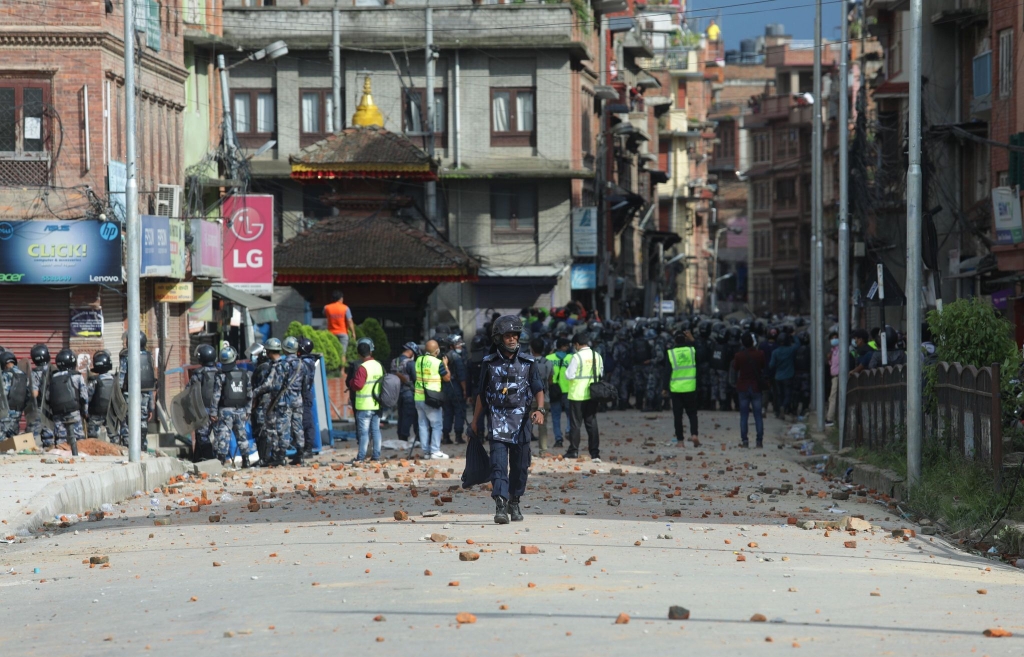 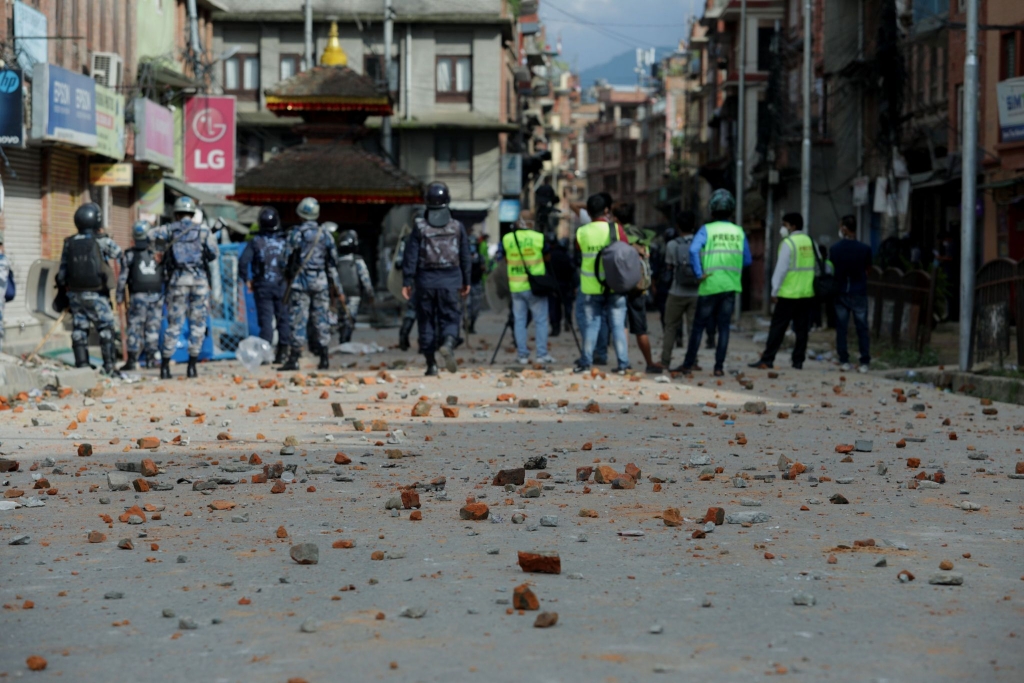 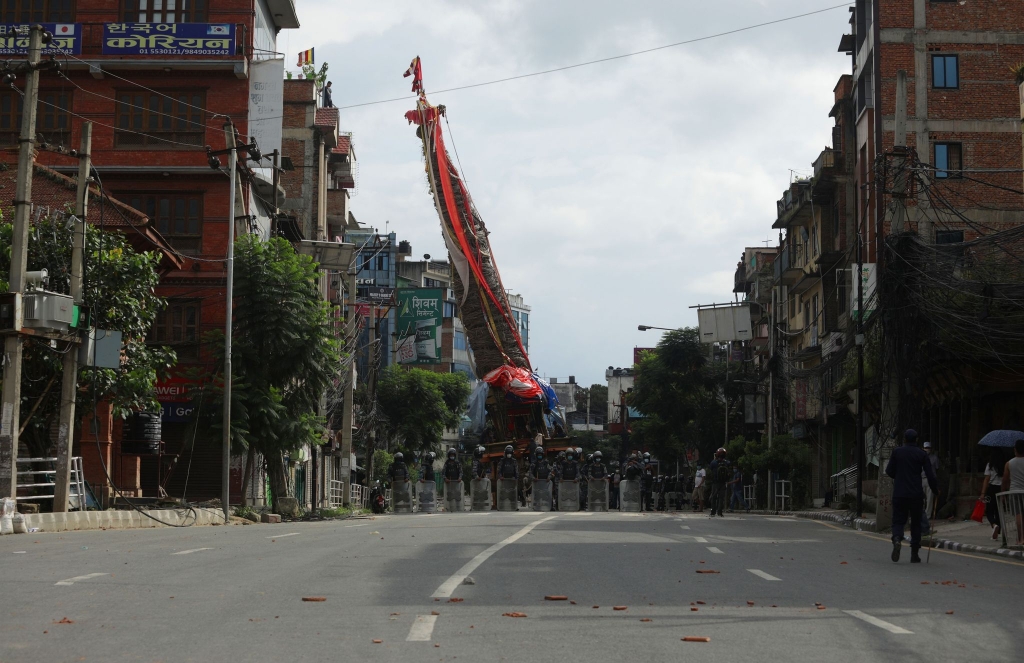