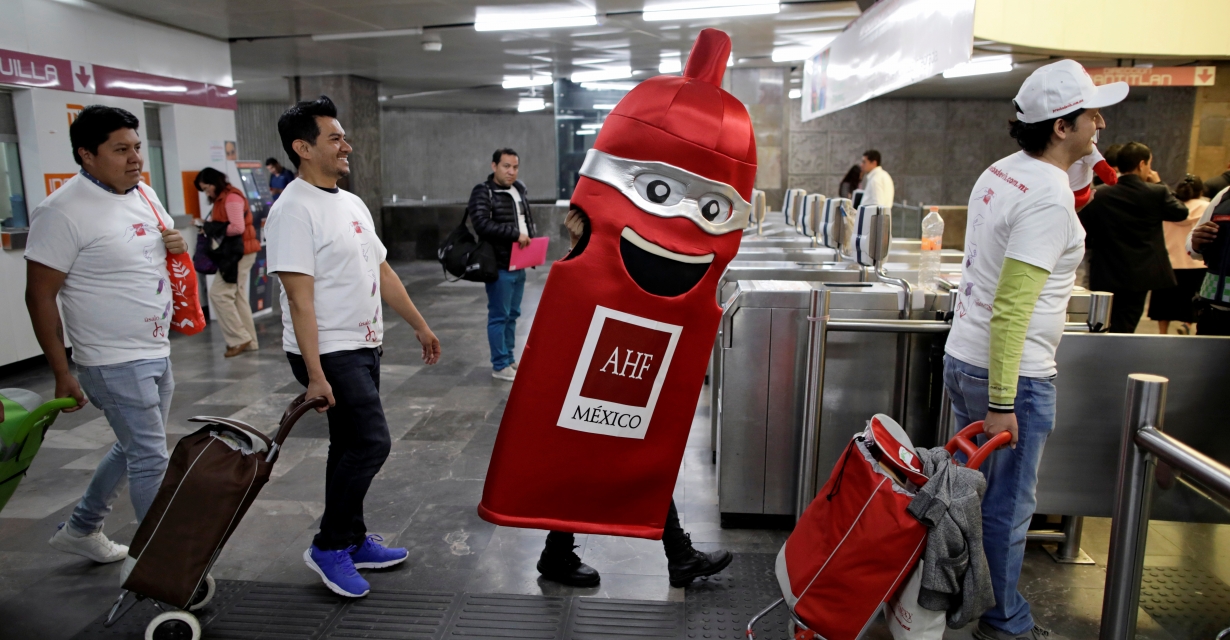 Members of an organization enter a metro station during an event organized by AIDS Healthcare Foundation for the International Condom Day, in Mexico City, Mexico Februrary 13, 2020. REUTERS/Andres Martinez Casares
‘Condom use is sexy’: Mexico City campaigners dish out rubbers ahead of Valentine’s Day
Read Time: 4 minutes

Residents in Mexico’s sprawling capital were encouraged to play it safe on Valentine’s Day, as 100,000 condoms were distributed across the city’s metro stations on Thursday in the run up to the annual love fest.

Dozens of volunteers, some dressed as garish-coloured condoms, dished out packets of rubber protection across 24 metro stations as part of a campaign to prevent venereal diseases, rising HIV infections across Mexico and unwanted pregnancies. 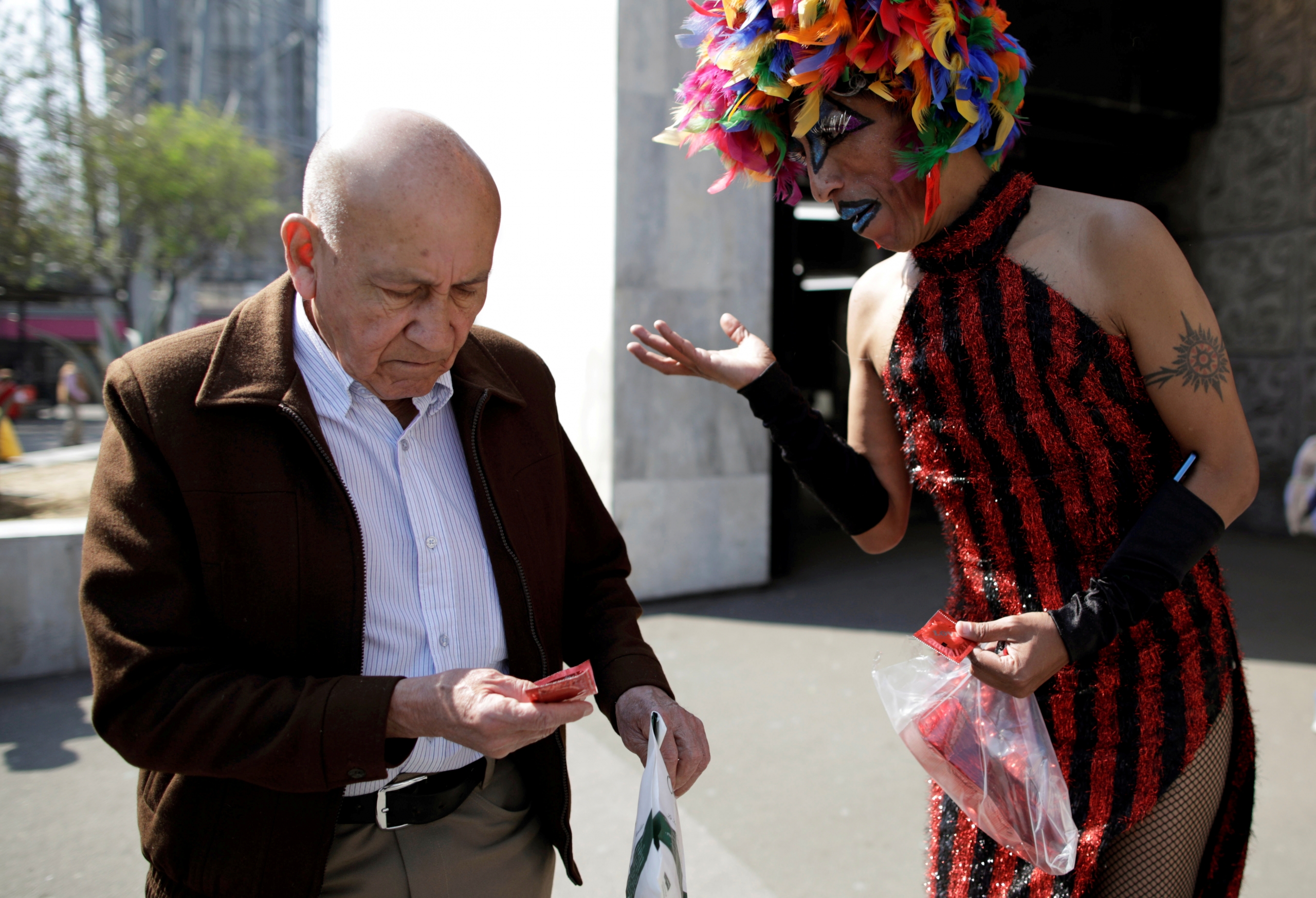 “Unfortunately, every year, because of shame or misinformation, people are infected with various diseases,” said Miriam Ruiz, head of the AIDS Rapid Testing Area at AHF.

Only 15% of Mexican couples use condoms, according to AHF, and the organization wants to break the “taboo” around the use of condoms.

The campaign resonated with many residents in Mexico City, which is home to nearly 9 million people, with over 21 million in its greater metropolitan area. 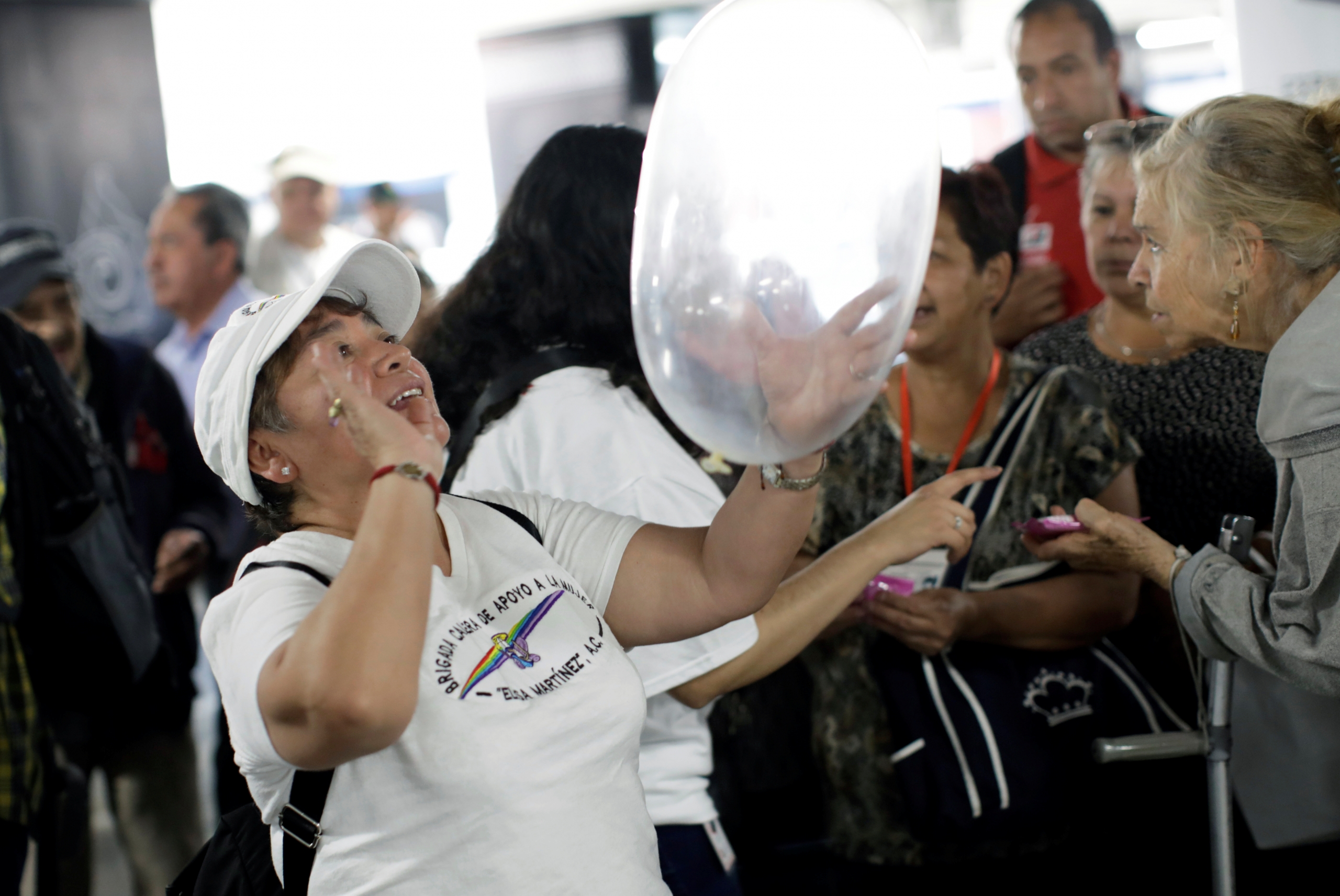 A member of an organization holds an inflated condom during an event organized by AIDS Healthcare Foundation for the International Condom Day, at a metro station in Mexico City, Mexico Februrary 13, 2020. REUTERS/Andres Martinez Casares

“I use condoms, but the truth is that there is still a lot of machismo in Mexico and men do not want to use a condom,” said 23-year-old student Manuela Zepeda.

“I tell men: if you want (sex), put it on,” she added, while showing the female condom that she had just been given.

Daily HIV infections increased to 44 from 33 per day between 2017 and 2018, according to Mexico’s National Centre for the Prevention and Control of HIV and AIDS (Censida).

“These condoms are for my grandchildren,” she said in front of her smiling husband, Adrian Carrera, 65.

“Things were different before. We can’t stop them having sex. Better to inform them and help them.” (Reuters)