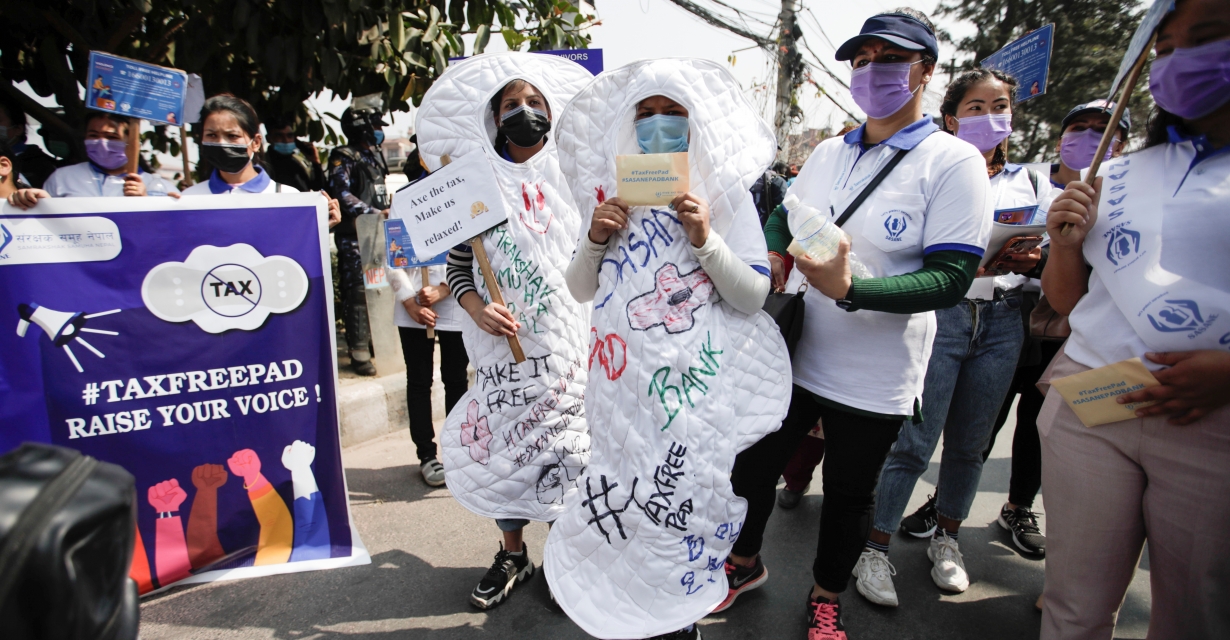 In Nepal’s capital, Kathmandu, green public transport isn’t new – women have been driving hundreds of electric three-wheeled, 12-seater buses for the past 25 years.

But in some cases those vehicles are now rusting in garages because their owners cannot find the money to buy the more durable but also costlier new batteries needed to keep them on the road, said Sonika Manandhar, a young computer engineer and social entrepreneur.

It’s women like these, running businesses on a tiny scale, that she wants to help with technology she developed to channel funds to borrowers that commercial banks shy away from – and tackle climate change at the same time.

In a mountainous country like Nepal, with plenty of hydropower, public transport that runs on green electricity can reduce both climate-heating emissions and urban air pollution – but instead the government spent nearly $2 billion to import fossil fuels in the 2019 fiscal year, Manandhar said.

“It is very sad to see that this electric vehicle sector hasn’t really grown,” she told a discussion on gender equality and climate action organised by London-based think-tank Chatham House on International Women’s Day.

“This conventional financial system is not really working for women, leading to women in the electric vehicle sector here in Nepal not being able to scale their business.”

Manandhar’s startup, Aeloi Technologies, allows impact investors to provide small loans in the form of digital tokens to women-run micro-businesses such as electric vehicles and climate-smart farming, so the women can continue to be “the climate ninjas they are right now”.

British officials, climate and gender experts, and activists agreed at the discussion that not enough climate finance is going to the work of women and other individuals taking action on the ground, with more effort needed to fill the gap.

Anne-Marie Trevelyan, the UK’s international champion on adaptation and resilience for the COP26 climate summit Britain will host in November, said her government sees supporting women as crucial in driving climate action in developing countries.

“Climate finance can only be effective if it gets to the people who need it most,” she told Monday’s online event.

Britain plans to collect data on how its climate finance for the next five years – 11.6 billion pounds ($16 billion) – is supporting gender equality, and is part of a taskforce with the European Investment Bank looking at gender and climate investment.

Alicia Herbert, gender envoy at the UK Foreign, Commonwealth and Development Office, said it was important not just to increase climate finance for developing countries but to make it more accessible, efficient and better able to meet women’s needs.

Zohra Moosa, executive director of Mama Cash, an international fund that supports women’s, girls’ and transgender groups at the local level, said many global climate finance organisations had set goals to give women a larger share of funding, but had little expertise in how to put that into practice.

She urged funders to work directly with the local groups, rather than channel money only through larger environmental organisations, saying “bigger is not better”.

Moosa, whose non-profit provides grants, know-how and networking opportunities, said the Green Climate Fund, for instance, understood the importance of making funding benefit men and women equally but was still grappling with how to do it.

Finance isn’t reaching groups “that we know make a difference at community level”, she added.

Those could include women running small farms in Nepal as their husbands migrate to seek work, but who lack tools and resources to adapt to worsening climate extremes, Manandhar said.

In many developing countries, nearly 80% of women are engaged in farming – and in Africa they manage 90% of household fuelwood and water supplies, noted Verania Chao, a gender and climate change specialist with the U.N. Development Programme.

As they disproportionately suffer the impacts of climate change, including disasters, women need to be involved in solutions – something governments are starting to grasp, she told the event.

That is reflected in the larger number of countries, such as Chile, Moldova and Nepal, that have included women and gender in their updated national climate action plans, being submitted ahead of COP26, she noted.

Moosa said all proposals for climate action should be required to be “gender just” – or should be thrown out.

“Instead of trying to do what you were going to do and adding women or gender, try and do something that actually serves women and gender first,” she urged. (REUTERS)