ILAM, Nepal, Sept 16 (Thomson Reuters Foundation – In the 25 years he has grown tea in eastern Nepal, Yuvraj Gautam never had a yield this low.

First, diseases such as leaf curl and black tip attacked the crops on his three-hectare (seven-acre) farm in Ilam district – and when it was time to harvest the tea that survived, workers were hard to find due to Nepal’s coronavirus lockdown, he said.

Then, in July, heavy rainfall across much of the country caused a landslide that swept away a portion of his crop.

“If production continues to decline and marketing becomes difficult, it will be harder for me to pay the labourers,” said the 40-year-old farmer.

Already struggling with rising pest infestations, tea farmers in eastern Nepal have suffered a double hit this year as severe rains since May and the pandemic’s ripple effects have slashed their yields and diluted the quality of their product.

So far in 2020, Nepal has seen a 30-40% decline in its tea harvest compared with a year ago, according to Indra Adhikari of the state-run National Tea and Coffee Development Board (NTCDB).

Adhikari, who is regional manager for Ilam, one of Nepal’s main tea-producing regions, noted that tea plants grow in “flushes”, harvested several times a season. The initial flushes are higher quality than the later ones.

In recent years, the dormant periods between flushes have lengthened, giving the plants less time to re-grow in each cycle, Adhikari said, pointing to climate change as the cause.

On top of that, short bursts of intense rainfall have become more common, water-logging fields and causing defects in the tea plants, he added.

According to a 2015 report by the U.N. Food and Agriculture Organization (FAO), global warming has played a key role in declining tea production in parts of South Asia.

High temperatures can dry out soil and cause water shortages but “a more serious problem … is the increased incidence of new pests and diseases that attack tea bushes”, it said.

Indira Kandel, head of climate analysis for the Department of Hydrology and Meteorology, said the overall temperature in Nepal rose by an average of 0.056 degrees Celsius (0.1 degrees Fahrenheit) per year from 1971 to 2014, with the temperature getting a slight bump every monsoon season.

“Though the total amount of rainfall has not changed in Nepal, the pattern has changed, showing a trend where extreme rainfall occurs in a few days of the rainy season and the other days remain dry,” Kandel told the Thomson Reuters Foundation.

Less than 20% of Nepal’s farmland has reliable irrigation facilities year-round, according to data from the Ministry of Finance, meaning the rest relies on rain for watering crops.

The increase in the incidence of diseases and pests, such as tea beetle and black caterpillar, is also linked to a changing climate, noted Adhikari of the NTCDB.

Higher temperatures create favourable conditions for pests to breed, while also drawing in insects from colder areas, he explained.

Pests cause losses of about $220 billion a year worldwide, or 10-16% of global harvests, according to the FAO.

Over the past 12 years, Milan Kumari Khatri, 56, has expanded her tea-farming business in Ilam district to include a factory and a processing operation.

Although business had been good, she said, this year she is struggling.

Besides a lack of labour, coronavirus travel restrictions created a nationwide fertiliser shortage, she noted.

That hit her especially hard because the fertiliser she had already applied to her fields was swept away by heavy rains.

In addition, she usually sends samples of her processed tea to national and international buyers before they order, but the pandemic has stopped her doing that.

Nepal’s tea industry relies heavily on exports, according to Ramchandra Nepal, executive board member of the Ilam Chamber of Commerce and Industry.

He said 10% of the tea produced in Nepal is consumed domestically, while 70% goes to India and 20% to other countries, mainly in Europe.

Nepal expects tea production in Ilam district alone to fall by one-fifth this year, to about 200 million kg.

While travel restrictions are easing, the poor quality of this year’s tea yields has led to a drop in prices, he noted.

“Even the initial (high-quality) flushes of tea are not getting the price they used to, and later flushes are getting an even lower price,” Nepal said.

The government is distributing 500 million rupees to the country’s tea farmers to offset the losses caused by the pandemic and climate change impacts, Adhikari said.

But the state needs to think more long-term, he added.

“Though a climate-smart approach to tea farming is an important need of the country, no significant steps have been taken by the (federal) government so far,” he said.

Adhikari would like to see the government invest in tools for climate monitoring at the field level and support the development of tea varieties that can resist water-logging.

Gaurab Luitel, an agriculture planning officer at the NTCDB, noted that despite climate challenges, Nepal’s farmers continue to grow more tea than the country needs.

The government’s current priority is getting Nepali tea into the wider market to take advantage of that surplus, he added.

“We are investing most of our effort into helping farmers market their tea and tea products, rather than on the production side of tea farming,” he said. 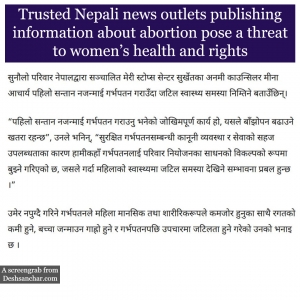