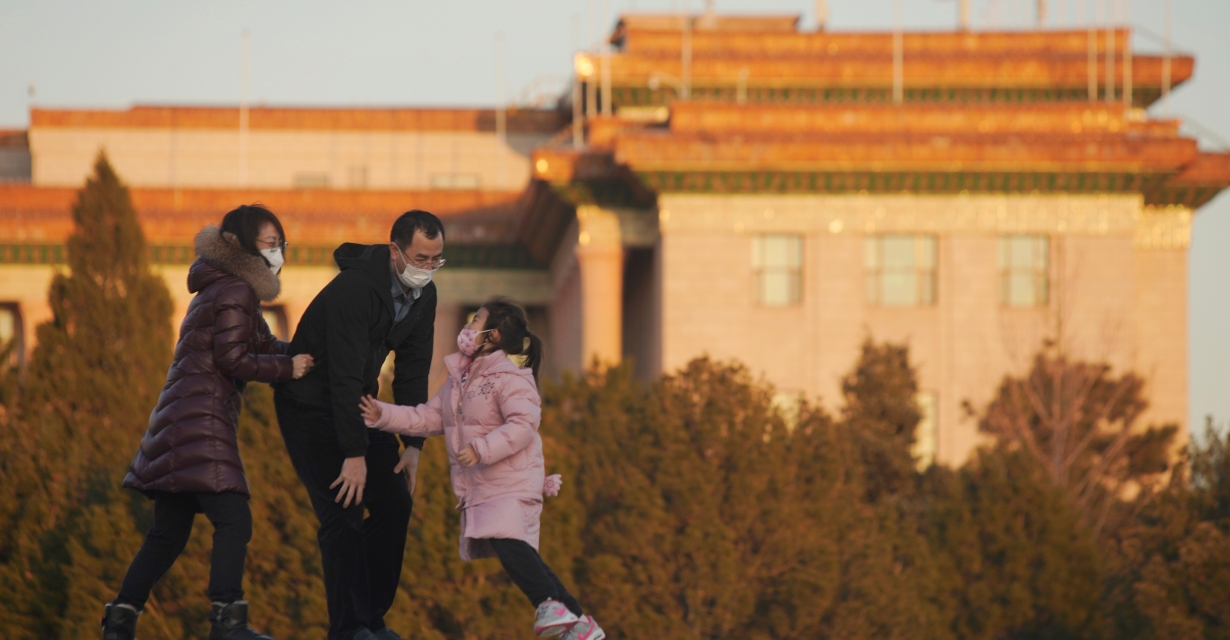 Parents wearing face masks play with their daughter with the Great Hall of the People seen in the background, following an outbreak of the novel coronavirus in the country, in Beijing, China February 22, 2020. REUTERS/Stringer NO RESALES. NO ARCHIVES.
China reports fewer coronavirus cases outside epicentre, cases surge in South Korea
Read Time: 2 minutes

China reported another fall in the new coronavirus infections outside of its epicentre on Sunday, but world health officials warned it was too early to make predictions about the outbreak as new infections and fears of contagion increased elsewhere.

China’s health commission confirmed 648 new infections on Sunday – higher than a day earlier – but only 18 were outside of Hubei province, the lowest number outside of the epicentre since authorities started publishing data a month ago.

But new infections outside of China continued to worry world health authorities, with South Korea on Sunday reporting a fourth death due to the virus and 123 new cases, bringing its total to 556, having doubled from Friday to Saturday.

Cases in Italy, Europe’s worst hit country, more than quadrupled to 79 on Saturday, with two deaths. Ten new cases in Iran took the total to 29 there, and six deaths, deepening unease at home and in neighbouring countries in the Gulf.

The World Health Organization said it was channelling efforts into helping to prepare vulnerable countries, including 13 in Africa.

It expressed concern on Saturday about the number of new infections that had no clear link to China, such as travel history or contact with a confirmed case.

The disease has spread to some 26 countries and territories outside China, killing more than a dozen people, according to a Reuters tally.

The virus has been fatal in 2% of reported cases, with a risk of death higher for older patients, and relatively few cases among children, according to the WHO.