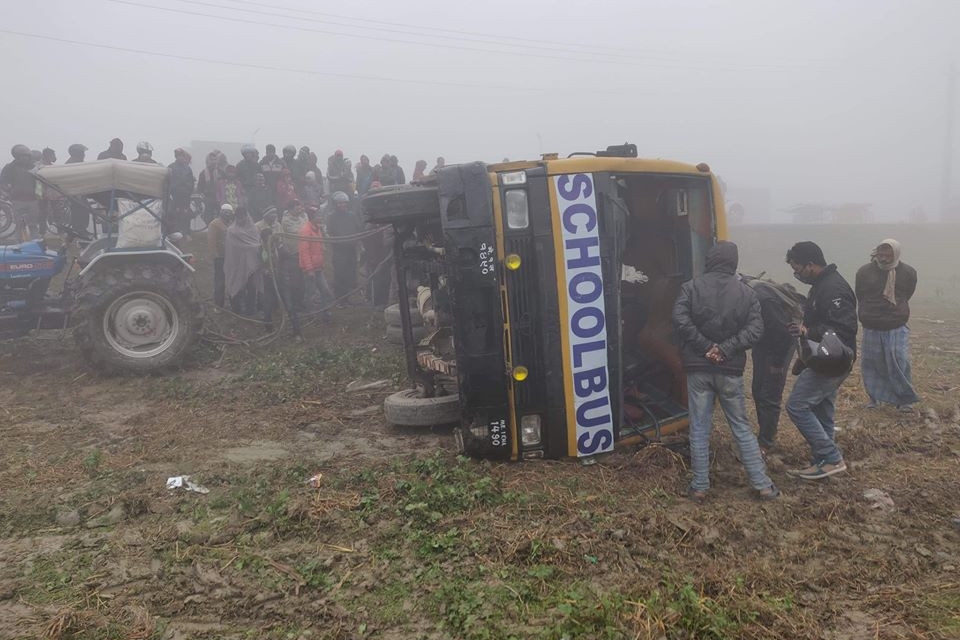 A bus conductor lost his life after a college bus turned turtle at Ghanpalathan Village Ward-4, Ramchowk in Rangeli of Morang district.

The bus was carrying students of the Biratnagar-based Lord Buddha College when the accident occurred at 7:30am today.

The deceased has been identified as Sanu Shah, a resident of Biratnagar-4. He was the owner as well as conductor of the bus.

A total of 5 students were injured in the incident and their condition is said to be stable.

Khil Bahadur Khadka of Biratnagar-6 was driving the ill fated bus. He had fled the scene after the incident, but police managed to nab him.

According to Khadka, he couldn’t control the bus as poor visibility due to thick fog had made it impossible to see vehicles coming from the opposite direction.