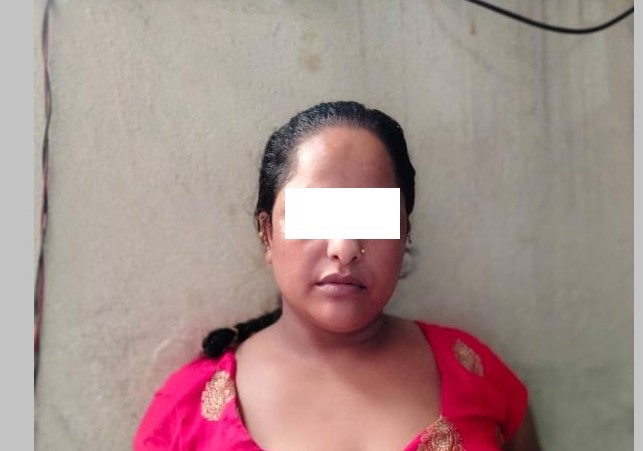 The Central Investigation Bureau of Nepal Police has arrested Sita Gotame of Boudha, Kathmandu for running a brothel from her house and forcing her tenants into prostitution. Her husband, Ramsharan Gotame, is on the run.

Sita had turned her three-and-a-half storey building into a brothel.

Sita, along with her husband and friends, used to lure young girls by promising them domestic work at her house, rent them a room for Rs 4,000 to 5,000 per month and later force them into prostitution in exchange for handsome pay — which the survivors never received.

Sita used to supply food and clothes to her victims on credit and make them pay through prostitution.

“She was so cunning that we were never able to clear our dues. She would not pay us and so we always owed her money, let alone earn any,” said a 17-year-old girl, one of Sita’s victims.

“We were forced to have sex with up to 17 men in a day, and promised Rs 500 per client, but we never received the promised money. She always found a way to prove our expenses exceeded our income,” said another teenager, who lived in the house for two years.

After police arrested Sita, Maiti Nepal rescued five girls who were forced into prostitution. The survivors’ statements have been recorded at the Kathmandu District Court and further investigation into the case is underway.

According to Bishwo Khadka, chairperson of Maiti Nepal, sex trafficking is on the rise in the country. He called on authorities, stakeholders and lawmakers to come up with stringent rules and regulations against such activities.

“Sex racketeering in the country has advanced from the covertly operated entertainment sector to a more severe form in rampant manner.”

He added that sex racketeers often compelled young girls and women to abuse narcotic drugs to make sure that they cannot escape.

“Young girls and women are being forced into prostitution in the thousands of guest houses operating in every nook and corner of the capital these days,” he added.

Anurag Dubedi, Superintendent of Police at Anti-human Trafficking Bureau of Nepal Police, said it was not possible to find the exact number of women forced into prostitution in Nepal since it is an illegal business.