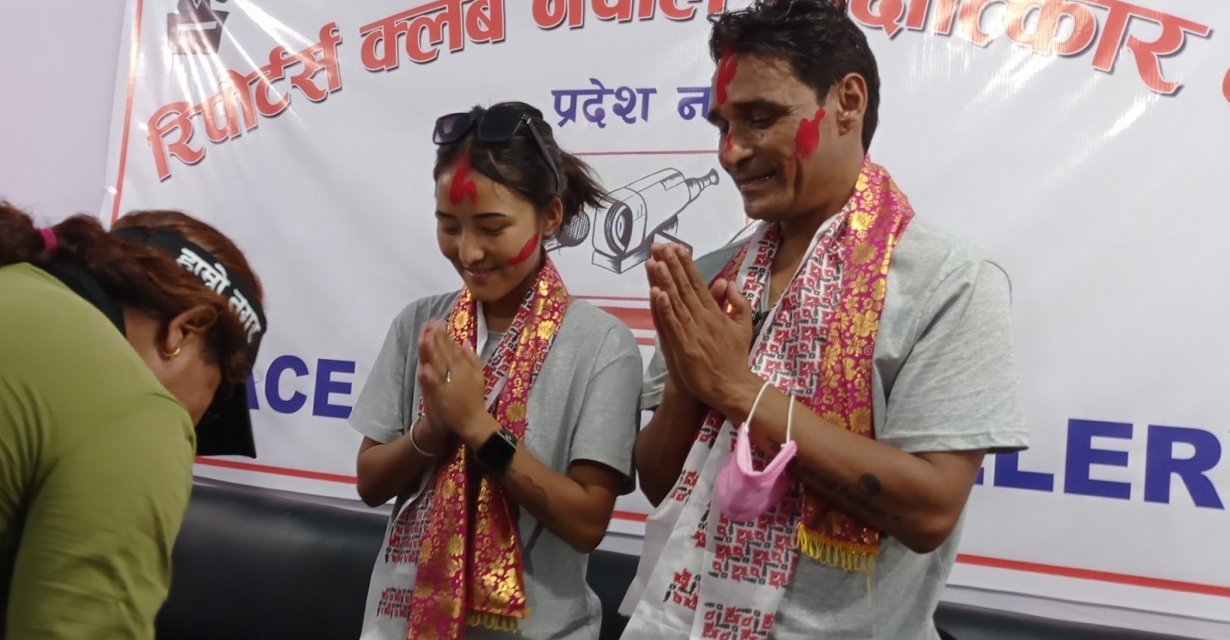 Nepal Police have arrested Binaya Jung Basnet on charges of indecent behavior. Basnet was arrested by from New Bus Park in Kathmandu on Tuesday, informed SSP Ashok Singh of the Kathmandu Metropolitan Police.

Sapna Roka Magar, who is on the BBC’s list of 100 most influential women, had lodged a complaint against Basnet on Sunday accusing him of meting out indecent behavior against her.

According to SSP Singh, Magar’s written complaint to the police mentions that Basnet had behaved indecently with her online. Police have seized Basnet’s mobile phone and sent it to a digital forensic lab for further investigation.

Giving interviews to some YouTube channels, Basnet had earlier claimed to possess Magar’s nude photos in his phone and had threatened to publicize those photos.

18-year-old Magar was listed as one of the 100 inspiring and influential women from around the world for 2020 by BBC for managing unclaimed bodies of those who had died from COVID-19 and arranging for them to be taken to taken to hospital for post-mortem.

Magar, with the help of Basnet and other volunteers, had been managing the corpses.

In case of a body remaining unclaimed for 35 days, Magar used to bring it to the crematorium and perform last rites.

She broke with the Nepali Hindu tradition which prefers son(s) or male members of a family to perform last rites. She has also been providing free food to the victims of Bahrabise flood with help of other volunteers.

Magar, who came to Kathmandu from Myagdi, used to live with Basnet and called him a father figure. However as her popularity soared after being featured in the BBC’s list, Banset had turned bitter towards Magar.

Following some tiff between the two, Magar had left her Kathmandu residence and returned home in Myagdi.

Section 300 of the Criminal Code 2017 prohibits threats, harassments, and improper behavior to harm or defame others through electronic media.

Similarly, Section 305 of the Criminal Code 2017 criminalizes slander through verbal or written form that intends to undermine another person or their reputation.