A fire broke out at Shivpuri-Nagarjun National Park in the capital on Sunday.

The Shivpuri-Nagarjun area is home to protected wildlife, including leopards and deer.

The fire, which spread from Chisapani in the east to Kakani in the west, was brought under control in the evening. The fire had spread to an area of about seven hectares.

Firefighters from the Nepal Army, the park administration, police, the Armed Police Force and combat fire engines were deployed to douse the fire.

After it became impossible to extinguish the crown fire from the ground, the National Disaster Risk Reduction and Management Authority started searching for helicopters to control the inferno.

After ground efforts turned futile on Sunday, Simrik Air helicopter pilot Siddharth Rana was deployed to the field with a bambi helicopter bucket to control the fire.

A bambi bucket is filled with water from lakes/rivers and dropped from the helicopter to the place of fire.

Water-filled buckets, known as bambi bucket, are used to control fires in areas where it is difficult for people to reach from the surface.

Simrik Air helicopters had to fill and drop 25 rounds of 1,000-liter bambi buckets to douse the fire.

According to officials, 75 districts except Manang and Mustang have been affected by forest fires this year. Fire broke out in 397 places in the country on Sunday alone. 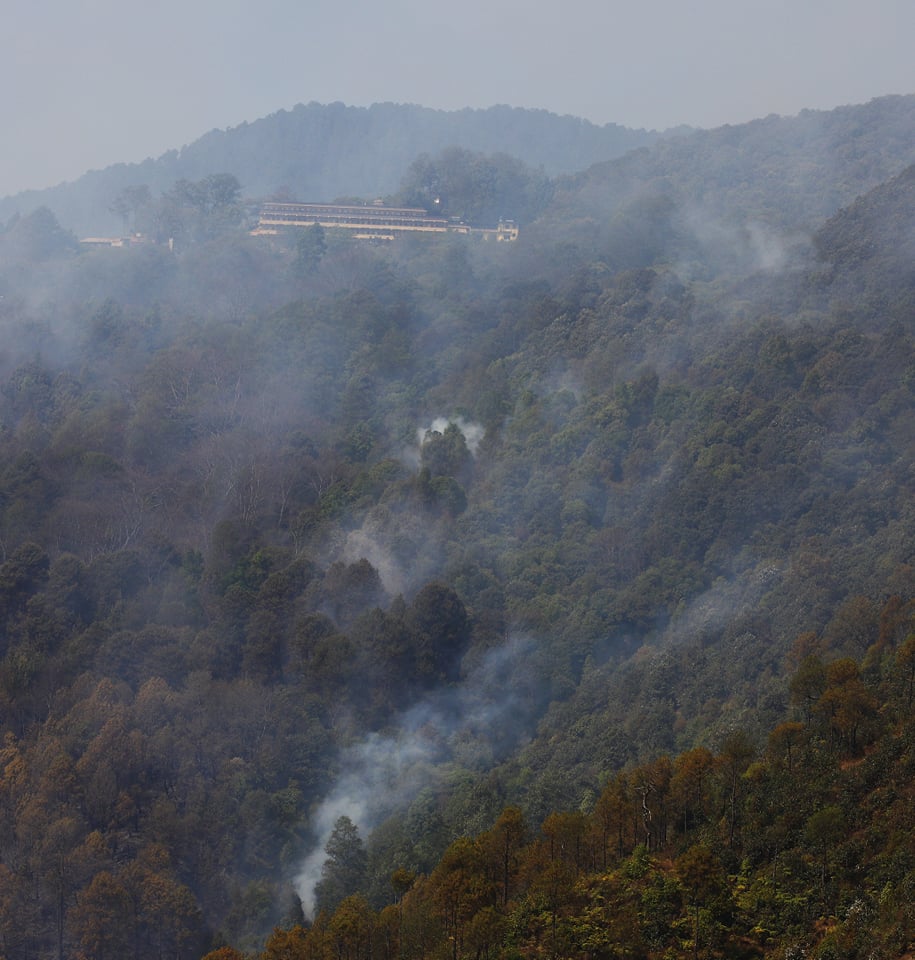 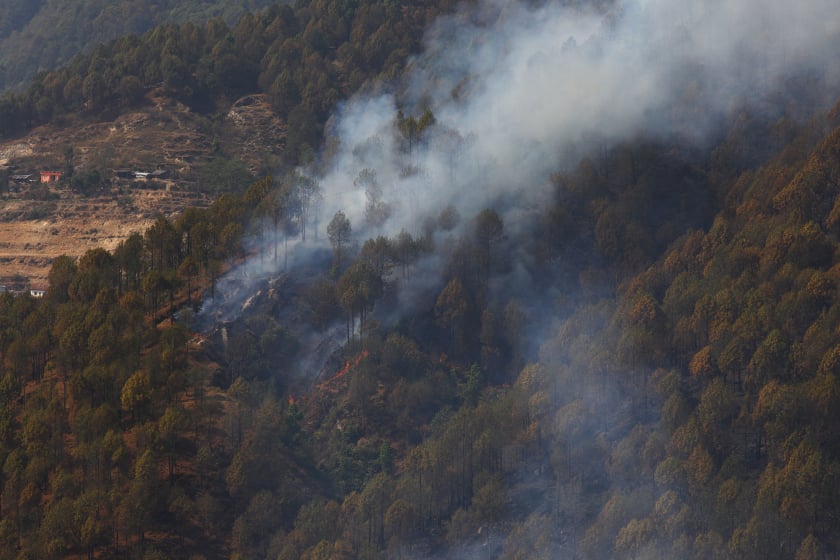 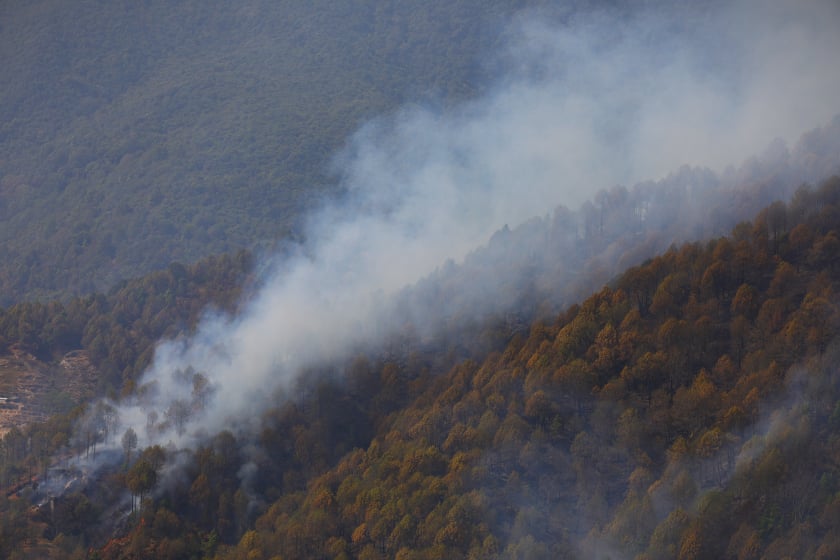