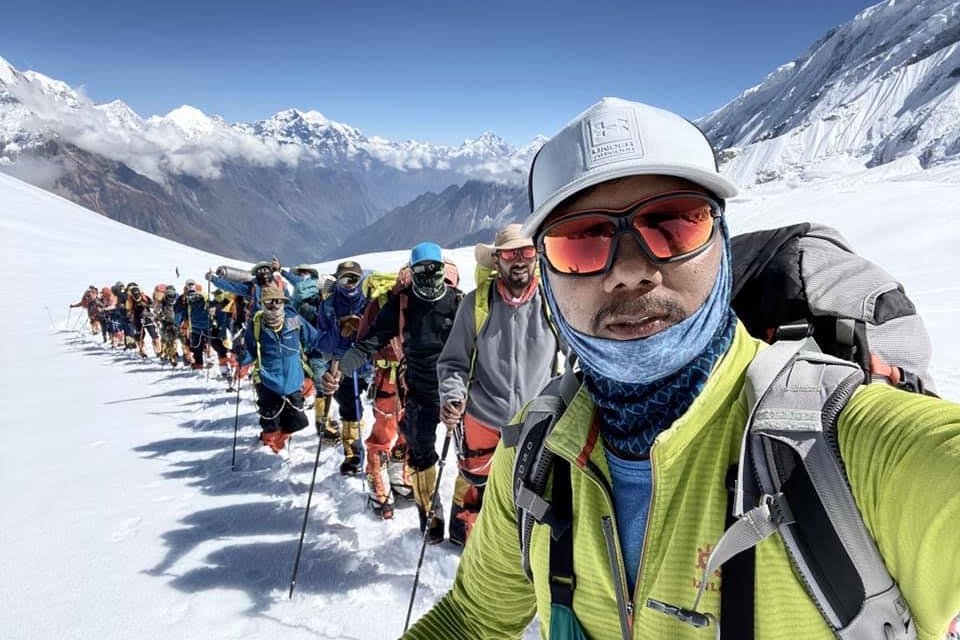 A team of high-profile climbers led by Bahrain Prince, Mohamed Hamad Mohamed Al Khalifa, successfully scaled Mt Manaslu this morning, making them the only team to climb Nepal’s 8,000-metre peak in autumn season of this year.

According to Seven Summit Treks Manager, Thaneswar Guragai, members of the Bahrain Royal Guard expedition along with record-holding Sherpa climbers stood atop the world’s eighth highest mountain at around 7:00am on Thursday.

“The team members scaled the peak after they found a fair weather window,” he informed.

The climbers started to climb towards the top of the mountain last night from Camp III following the summit route prepared by a rope-fixing team of Sherpa climbers.

The team also plans to scale Mt Everest in 2021.