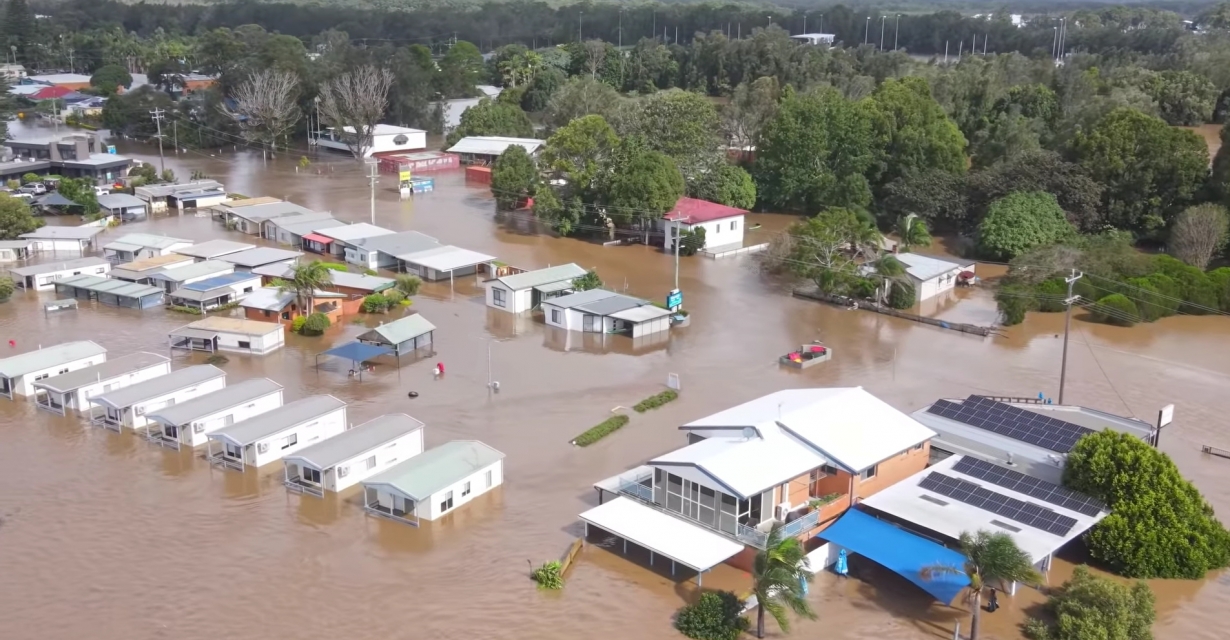 Australian authorities are planning to evacuate thousands more people on Monday from flood-affected suburbs in Sydney’s west, which is set for its worst flooding in 60 years with drenching rain expected to continue for the next few days.

“We need to brace ourselves, it will be a very difficult week,” NSW state Premier Gladys Berejiklian told reporters.

Torrential rain which has submerged large swathes of NSW is in stark contrast to the weather conditions in the same regions a year ago, when authorities were battling drought and catastrophic bushfires.

“I don’t know any time in a state history where we have had these extreme weather conditions in such quick succession in the middle of a pandemic,” Berejiklian said.

Sydney on Sunday recorded the wettest day of the year with almost 111 mm (4.4 inches) of rain, while some regions in NSW’s north coast received nearly 900 mm of rain in the last six days, more than three times the March average, government data showed.

Authorities said around 18,000 people have been evacuated from low lying areas of the state.

Large parts of the country’s east coast will get hit by more heavy rains from Monday due to the combination of a tropical low over northern Western Australia and a coastal trough off NSW, the Bureau of Meteorology (BoM) official Jane Golding said.

“We expect this heavy rain to fall on areas that haven’t seen as much rain over the last few days, we expect the flood risk to develop in those areas as well,” Golding told reporters.

Some places in Sydney’s western regions have seen the worst flooding since 1961, authorities said, as they expect the wild weather to continue until Wednesday.

A severe flood warning has been issued for large parts of NSW as well as neighbouring Queensland. 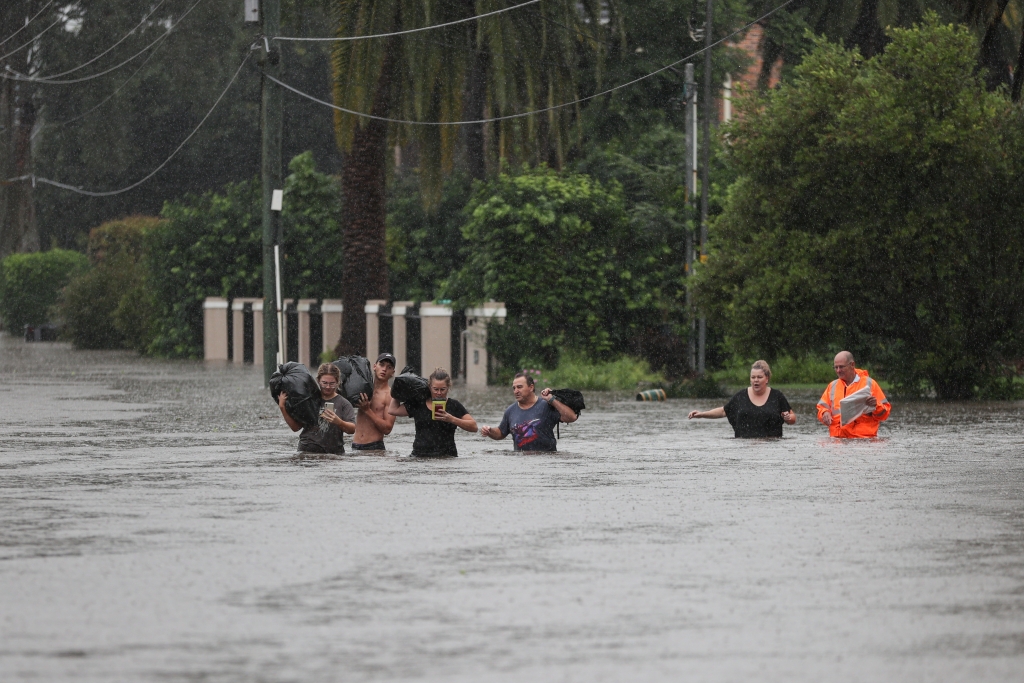 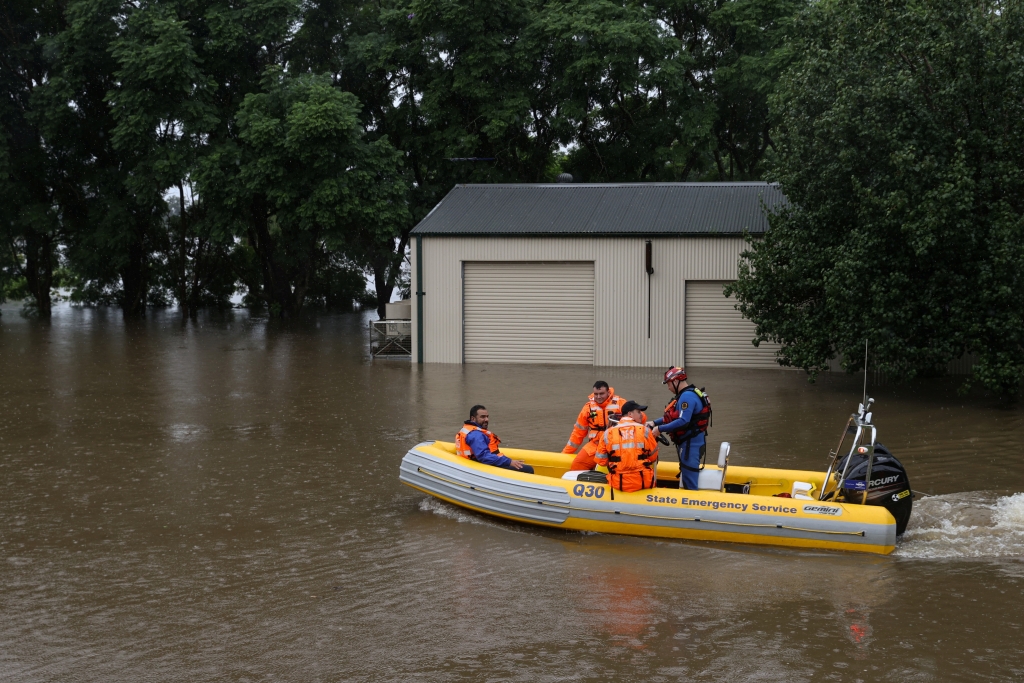 State Emergency Service personnel transport a dentist by boat from the suburb of Windsor to North Richmond across floodwaters, so he can attend to patients unreachable by car, as the state of New South Wales experiences widespread flooding and severe weather, in Sydney, Australia, March 22, 2021. REUTERS/Loren Elliott 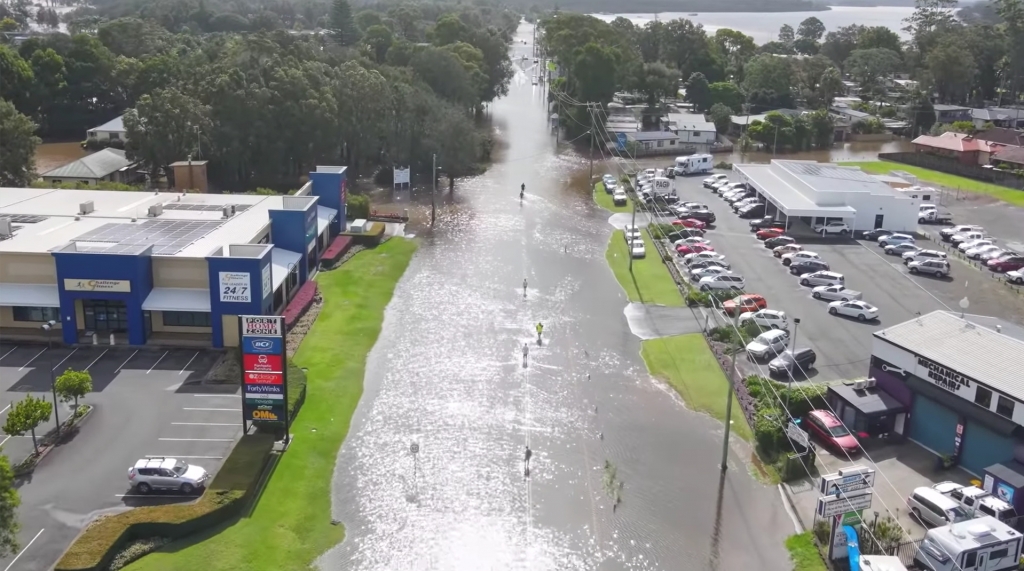