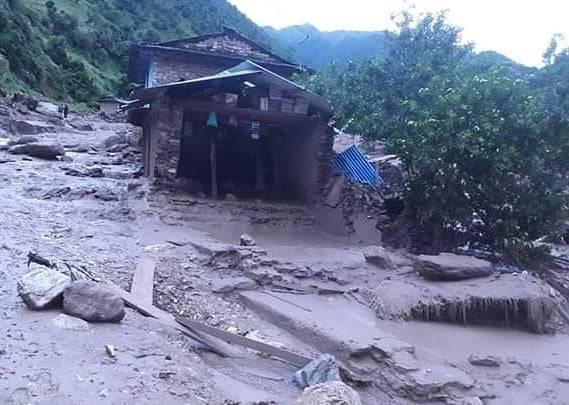 Wednesday night’s floods and landslides have claimed at least 14 lives in Dhorpatan, of Baglung while 41 people are still missing, according to the Province Police Office of Pokhara.

The bodies of 14 individuals were recovered from the landslide site and by the banks of Bhuji River by late Thursday evening. Only two bodies have been identified so far.

Debris from a landslide that occurred on Wednesday night led to a dam formation, blocking the flow of Bhuji River. Houses were inundated after the dam burst and the flooded river entered the settlements.

“There is no trace of human settlements at places where floods had struck,” Assistant Chief District Officer of Baglung Dhirendraraj Panta informed.

Search for the missing is still under way although incessant rainfall in the area has made rescue operations difficult.

A team led by Home Minister Ram Bahadur Thapa was flown to the flood affected region from Kathmandu in an army helicopter, but the chopper couldn’t land there due to unfavourable weather condition and the team had to return to Kathmandu. 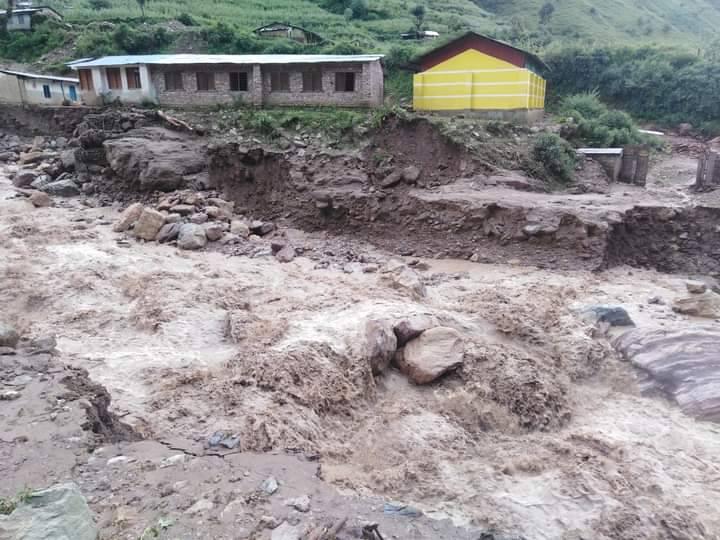 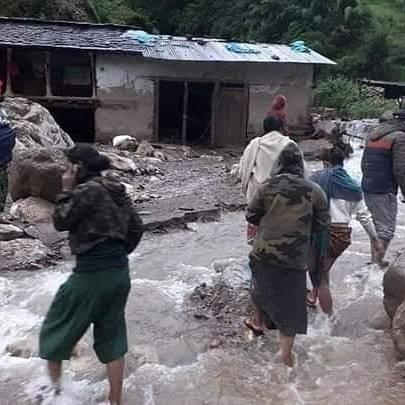