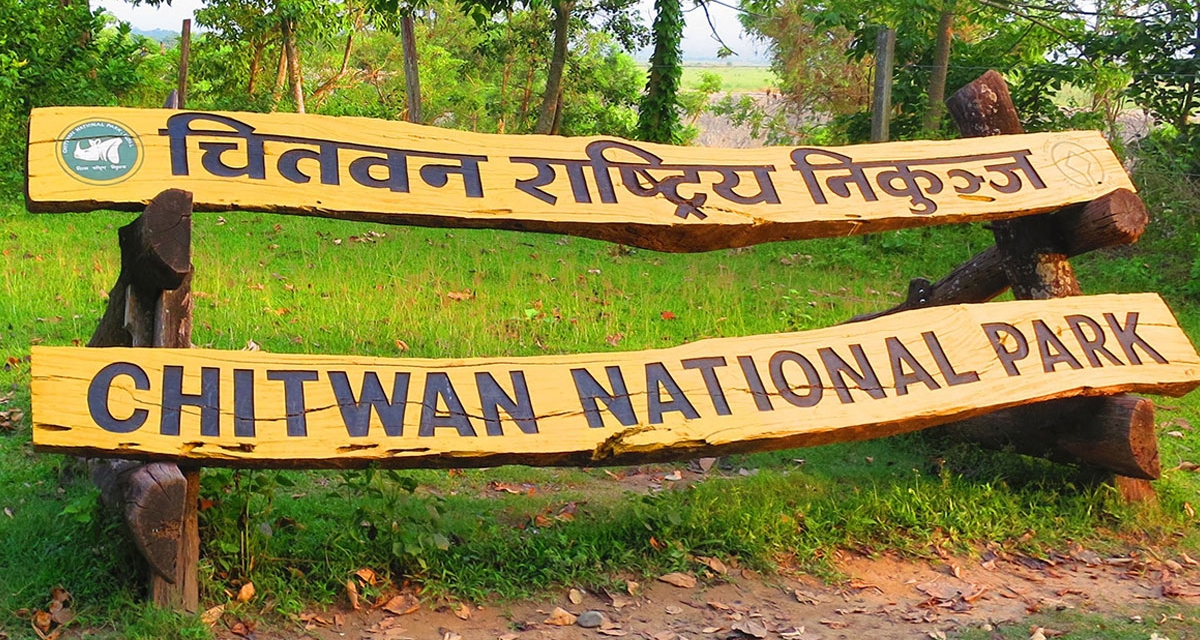 Today, large areas of the park’s grasslands are covered in the invasive plant, said Shrestha, who teaches at Tribhuvan University on the outskirts of Kathmandu.

Non-native plants have been spreading fast in Nepal’s oldest national park in recent years – and part of the reason is rising temperatures as fossil fuel use heats up the planet, said the expert in “invasion ecology”.

“The changing climate appears to be conducive for invasive alien plants to grow faster,” Shrestha said. The surge in alien plants in CNP, a 950-sq-km park, is now crowding out grasslands and wetlands that provide food and shelter for the park’s iconic wildlife, say park authorities.

It’s a problem seen in parks and reserves around the world as climate change shifts what it means to “conserve” natural areas. “Like never before, the park faces habitat loss at an alarming rate,” said Ananath Baral, chief conservation officer at CNP. “We are concerned about the wildlife’s future.”

In the past decade, the park’s grasslands have been heavily invaded by plants such as feverfew, lantana, a vine known as “mile-a-minute” weed – and Siam weed, considered one of the world’s most problematic invaders, Baral said.

As a result, in some parts of the park, the grass favoured by the park’s wildlife – including the one-horned rhino, deer and antelope – has partially or totally disappeared, he said.

CNP’s most recent grassland mapping, published in 2016, shows the area of the park and its buffer zone covered by grass has shrunk to 6%, down from 20% in 1973 when the reserve was established.

Both rising temperatures and more erratic rainfall have allowed non-native plants to thrive, said Uttam Babu Shrestha, who has looked at invasive species in Chitwan as director of the Kathmandu-based Global Institute for Interdisciplinary Studies.

With global temperatures predicted to keep climbing as the world struggles to curb use of fossil fuels, “plant invasion is likely to increase in the near future”, he warned.

Like the grasslands, the park’s wetlands also are under stress: covered by plants that the local wildlife do not eat and squeezed by unprecedented floods and unpredictable droughts, biologists say.

Babu Ram Lamichhane, head of the Biodiversity Conservation Center in Sauraha, at the gateway to Chitwan, said the combination of intense rain with flash floods in the monsoon season and prolonged dry spells in the spring are degrading Chitwan’s wetlands.

Many of the park’s ponds and wallows have dried up and turned into woodland or bare ground, and others have been filled in by sand, silt and pebbles carried by floodwaters, he said.

“Too much and too little water – both are the problems today. They threaten the park’s rich biodiversity, altering the wildlife’s habitat,” Lamichhane said.

The spring of 2019 was so dry that park authorities had to install a well to pump water into watering holes used by wild buffalo, he said.

And one-horned rhinos have left two areas on the eastern side of the park because the more intense dry seasons mean the marshes they live in no longer fill with water, he added.

People living in the villages near the park now frequently report incidents of wildlife attacks and damage to their crops, conservation officer Baral said.

Trying to deal with the problems is proving costly in both manpower and budget, Nepal’s wildlife officials say.

“We must dig new ponds and construct grasslands every year to keep wildlife habitat intact,” said Haribhadra Acharya, a spokesperson for the Department of National Parks and Wildlife Conservation (DNPWC).

They also worked to create 2,500 hectares of new grasslands in the park, he said.

Five years back, just NRS 9.5 million were spent on maintenance efforts, according to CNP’s annual report.

The hard work protecting the park’s ecosystems and wildlife mean the climate-driven shifts have so far not hurt park tourism – but Baral, the conservation officer, worries they could one day.

CNP brings in more than NRS 295 million each year – nearly 40% of the total revenue generated by Nepal’s 20 protected areas, according to a report by the DNPWC.

“Over one-third of the tourists who come to Nepal to visit protected areas want to come here for wildlife sightseeing and adventurous jungle safaris,” Baral said.

But if the park’s animals and the habitat they need are not protected adequately, “they will stop coming”, he warned.

Until a few years ago, the park’s primary concern was stopping poachers. But now “habitat conservation is getting tough in the time of climate change,” conservation biologist Lamichhane said.