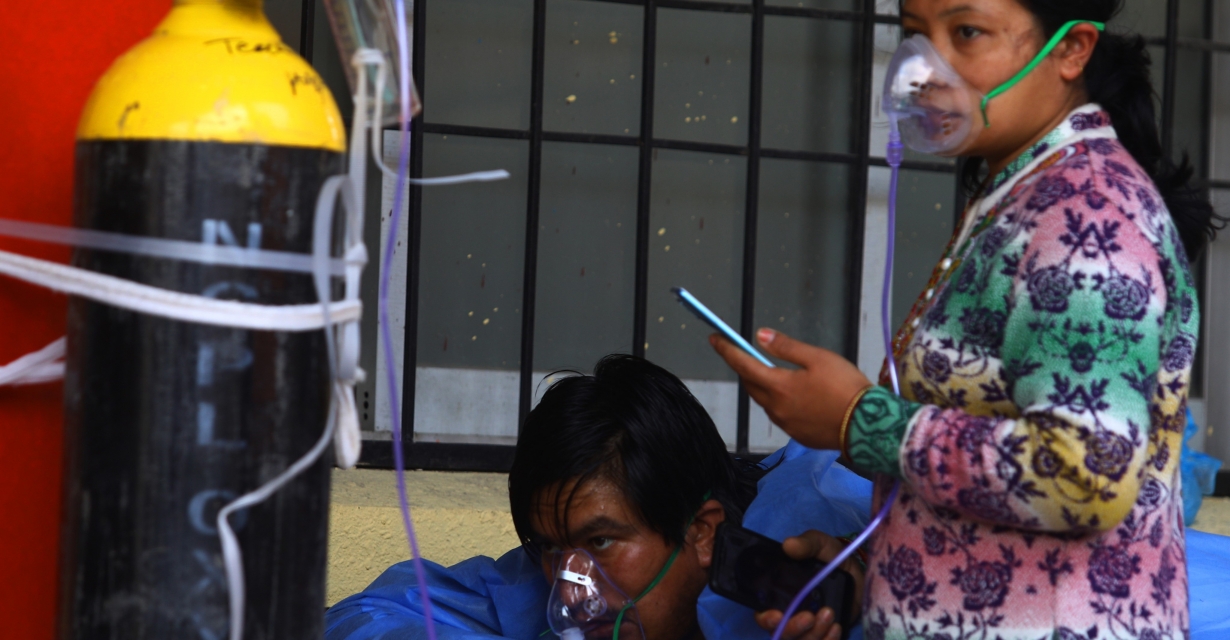 Governments across South Asia must immediately address healthcare shortages and urgently strengthen their healthcare systems to respond to the rapid surge of COVID-19 cases in the region, Amnesty International has said.

With India and Nepal’s healthcare systems reaching breaking point, the human rights organization expressed its concern over the lack of preparedness of other countries in the region for the virus’s latest and most deadly wave.

“The human catastrophe that is unfolding in India and Nepal should be a warning to other countries in the region to invest heavily in surge capacity for an emergency response. The virus is spreading and transcending borders at a frightening speed and will continue to hit the region’s most marginalized populations hardest of all,” said Yamini Mishra, Amnesty International’s Asia-Pacific Director.

“We are at a critical point. Fewer than one in ten of the region’s population has been vaccinated. The decisions taken by governments in South Asia and across the world in the coming days and weeks will be crucial in mitigating the human cost of this latest surge.”

South Asia, home to a quarter of the world’s population, is fast becoming the new global epicenter of the COVID-19 pandemic.

On 6 May, India reported more than 400,000 new cases in one day, taking its total tally of confirmed cases to 21.5 million, though this is likely to be a significant underestimate.

As the disease ravages India, several south Asian nations are also facing a resurgence of cases.

Nepal, which shares a porous border with India, has already started to experience a massive spike in infections.

With India stopping exports of oxygen, Nepal is struggling to find alternative supplies.

To make matters worse, Nepal is also in the midst of political upheaval, with its Prime Minister having lost a vote of confidence and parties failing to form a government.

“We have seen how shortages of oxygen, hospital beds, human resources and essential medicines pushed the already under-resourced healthcare response of India over the edge. Now a similar worrying trend is emerging in Nepal,” said Mishra.

“This is not the time for Nepal’s politicians to indulge in political wrangling and infighting.  What the country needs right now is unity and leadership to address the growing crisis.”

“States need to focus on protecting the human rights of the marginalized and vulnerable groups at high risk, including daily wage earners, prisoners, refugees and the internally displaced, by ensuring equitable healthcare. They must take effective steps to ensure that health facilities are available, affordable and accessible to everyone without discrimination,” added Mishra.

From late January onwards, countries including Bangladesh, Nepal, and Sri Lanka started receiving vaccine doses through donations from India and other countries, as well as via commercial deals.

Amid its current crisis, India temporarily halted exports of vaccines on 24 March to prioritise domestic requirements, leaving the region with a severe shortfall of vaccines.

Vaccination rates across South Asia remain extremely low – in Pakistan, only 0.9 percent of the population have received one dose of the vaccine.

Amnesty International called on the international community to show solidarity and fulfil its human rights obligations to provide cooperation and assistance, by providing lifesaving medical tools and removing legal uncertainties and barriers that may impede the production and supply of vaccines as the disease continues to ravage the region.