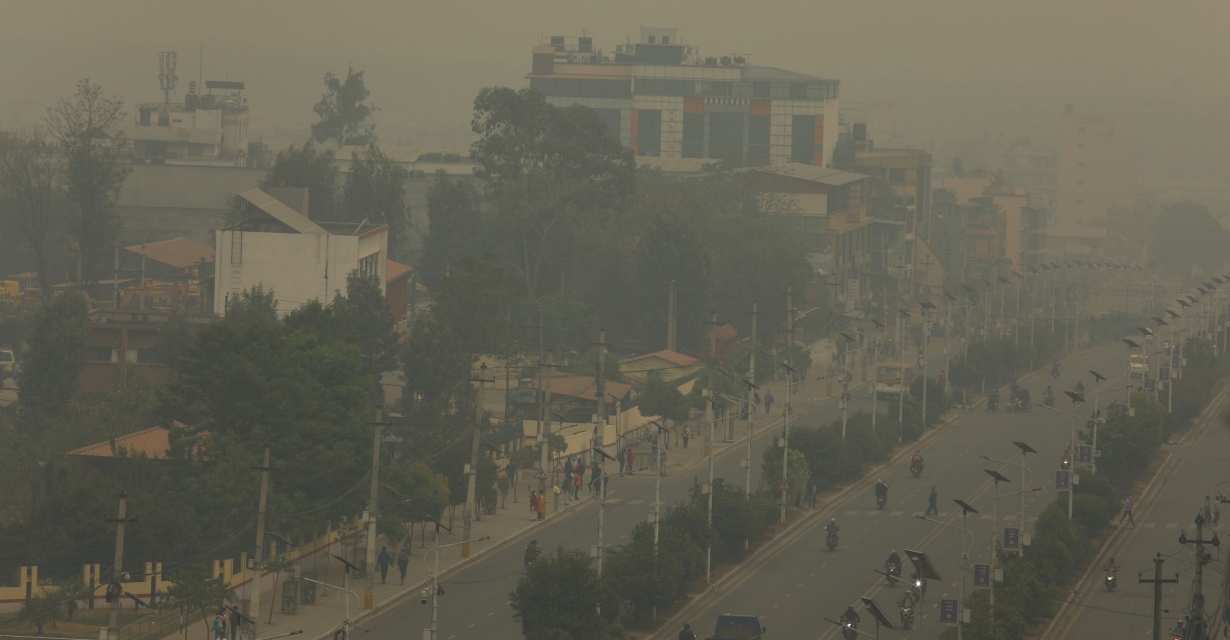 As the country is shrouded in thick smog and air pollution has reached hazardous levels for four days in a row, the government on Monday ordered that all educational institutions across nation be shut for four days from today.

As per the recommendation of the Ministry of Health and Population, the Ministry of Education, Science, and Technology took the decision so as to protect children’s health.

The Ministry, however, clarified that this shut-down would not affect ongoing examinations.

Meanwhile, some local governments outside the Kathmandu Valley have opposed the government’s decision and published separate notices ordering schools to continue classes.

Bhimad Municipality in Tanahun, Ilam Municipality, Shikhar Municipality of Doti and Biratnagar Sub-metropolis have issued notices their respective schools and colleges to conduct classes as normal stating that these areas were not affected by air pollution and the situation was under control. 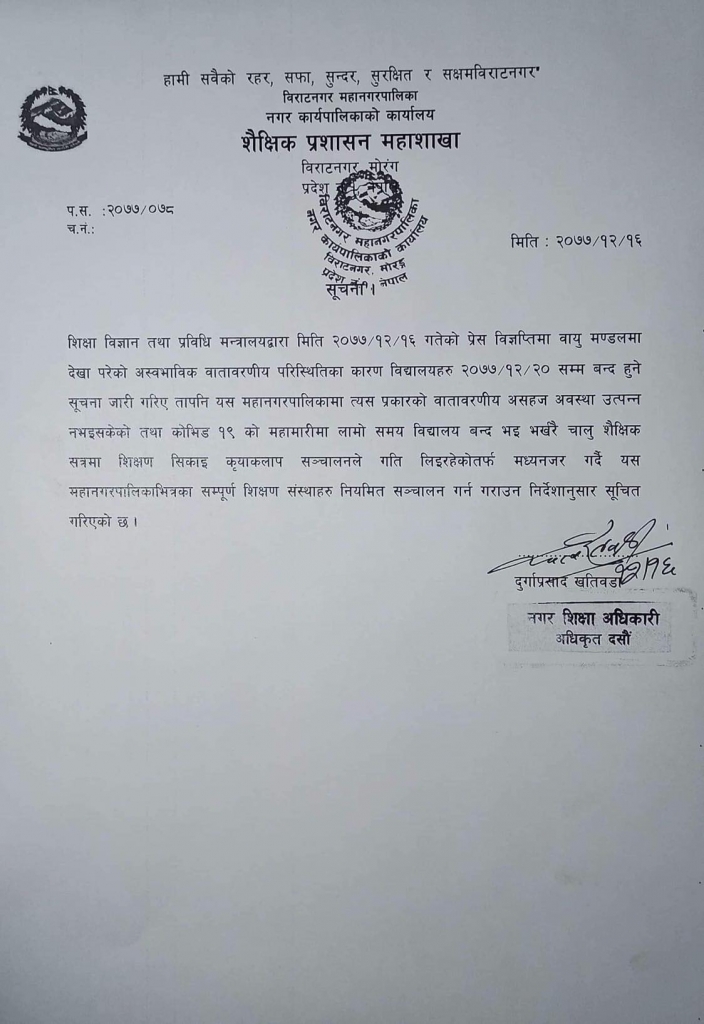 The Air Quality Index, has been stuck between ‘unhealthy level’ and “hazardous level” in almost all parts of the country for the past four days.

The Department of Hydrology and Meteorology has said that smog will stay for at least a few more days. Lack of westerly wind, static air, and lack of rainfall, among other factors have kept the air dry.

Meteorologists say rainfall and westerly wind will wash away pollutants in the air.

The Department has also attributed ongoing wildfires in various parts of the country for the air pollution.

A statement issued by the Department’s spokesperson Suman Kumar Regmi on Monday said that smoke particles created by the wildfires in several parts of the country have accumulated in the atmosphere.

At present, the atmosphere in most parts of the country is static, so pollution particles are floating in the lower part of the atmosphere.

The Department has requested everyone not to leave their house unless necessary and to wear masks in public places in order to avoid negative health effects such as eye burns and respiratory problems due to the haze.