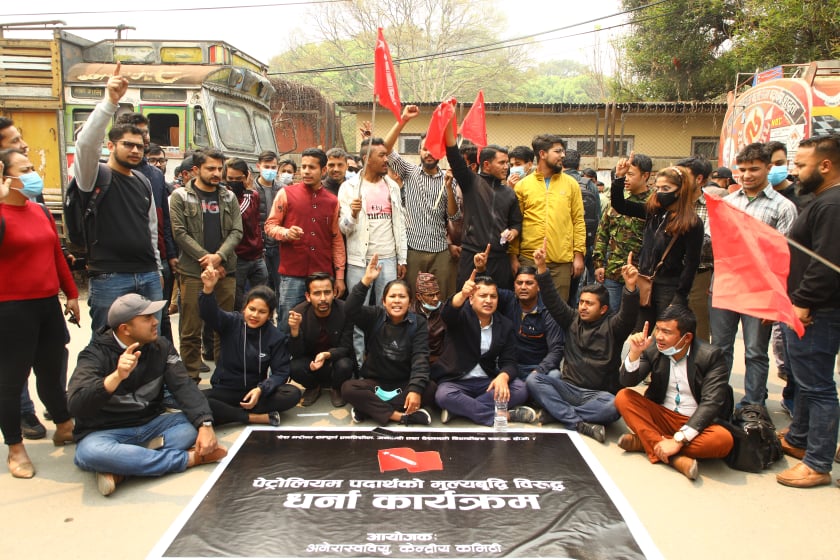 The All Nepal National Independent Students’ Union (ANNISU) close to the Madhav Kumar Nepal faction of the CPN-UML cordoned off the central office of the Nepal Oil Corporation (NOC) in Kathmandu on Monday in protest of the rise in the price of petroleum products.

The protest comes after NOC raised the price of petrol, diesel and kerosene by Rs 2 per liter effective from noon, Sunday.

ANNISU also handed over a memorandum to NOC Executive Director Surendra Kumar Poudel, and drew his attention towards the rapid rise in price of petroleum products as well as its impacts on people’s daily lives.

Handing over the memorandum, ANNISU Chairman Sudesh Parajuli demanded NOC to be responsible for the impact of petroleum price hike on consumers, students and working class, and also to revert the price hike.

Meanwhile, NOC Executive Director Poudel clarified the agitating group that the price hike was in line with the standard practice of adjusting the price of petroleum products every fortnight with international rate.

NOC’s profit has been gradually increasing since 2014 when the automatic pricing mechanism was introduced as per which the price of petroleum products in the country goes up or down based on international prices rather than the government fixing the prices as was the system earlier.

He added that as fuel price was on the rise in India, Nepal has no option but to adjust the rate.

With the recent price hike, the price of petrol stands at Rs 120 per liter whereas diesel and kerosene cost Rs 103 per liter. 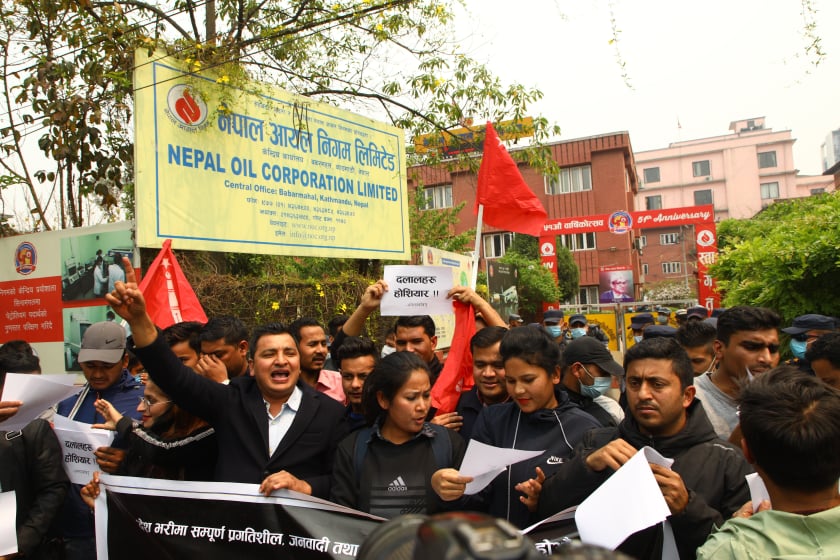 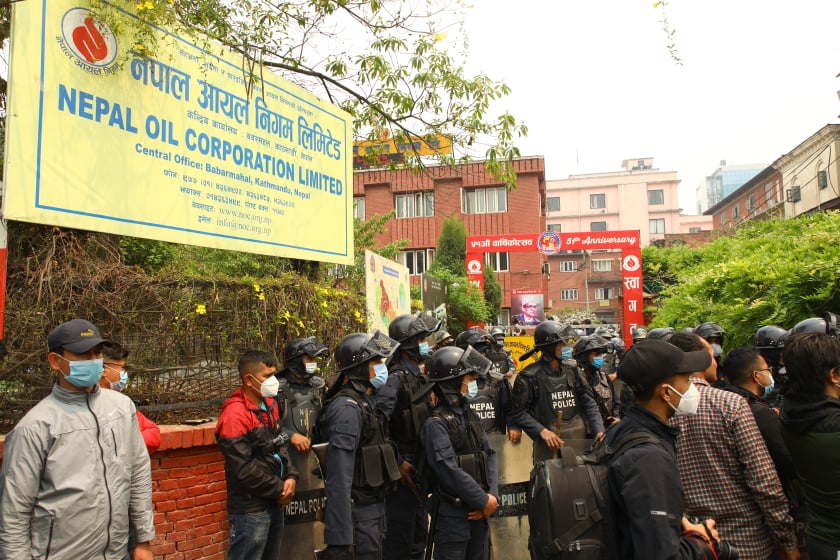 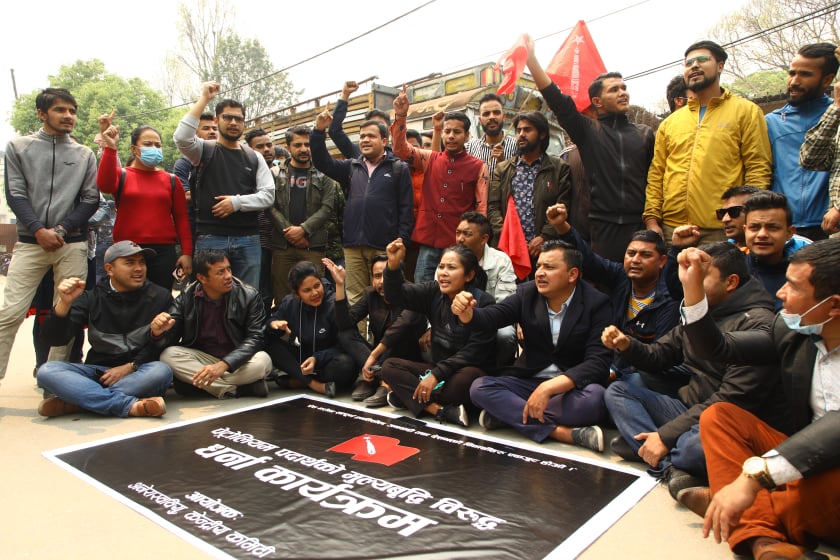