Amnesty International has announced that it is halting its works in India due to “continuing crackdown” and “harassment” by the government of Prime Minister Narendra Modi.

Issuing a press statement today the rights body said, “The complete freezing of Amnesty International India’s bank accounts by the Government of India brings all the work being done by the organization to a grinding halt. The organisation has been compelled to let go of staff in India and pause all its ongoing campaign and research work.”

“This is latest in the incessant witch-hunt of human rights organizations by the Government of India over unfounded and motivated allegations,” reads the statement.

“The continuing crackdown on Amnesty International India (AII) over the last two years and the complete freezing of bank accounts is not accidental. The constant harassment by government agencies including the Enforcement Directorate is a result of our unequivocal calls for transparency in the government, more recently for accountability of the Delhi police and the Government of India regarding the grave human rights violations in Delhi riots and Jammu & Kashmir. For a movement that has done nothing but raise its voices against injustice, this latest attack is akin to freezing dissent,” said Avinash Kumar, Executive Director of Amnesty International India.

The attacks on AII and other outspoken human rights organizations, activists and human rights defenders is only an extension of the various repressive policies and sustained assault by the government on those who speak truth to power.

“Treating human rights organisations like criminal enterprises and dissenting individuals as criminals without any credible evidence is a deliberate attempt by the Enforcement Directorate and Government of India to stoke a climate of fear and dismantle the critical voices in India.  It reeks of fear and repression, ignores the human cost to this crackdown particularly during a pandemic and violates people’s basic rights to freedom of speech and expression, assembly, and association guaranteed by the Indian Constitution and international human rights law,” said Avinash Kumar.

Enlisting the chronology of attacks and harassment, the rights body said in June 2019, AII was denied permission to hold the press conference launch in Srinagar to release its third ‘Lawless Law’ report on the misuse and abuse of Public Safety Act in Jammu and Kashmir. It was forced to digitally release it.

On 22 October 2019, Amnesty International testified at the US Congressional hearing on the situation of human rights in South Asia with specific focus on Jammu and Kashmir since the unilateral abrogation of Article 370 of the Constitution of India.

On 15 November 2019, two weeks after the testimony and amid rumours of impending arrests of the organizations top officials, the offices of AII and the residence of one of its directors were raided again by the CBI.

The raids were conducted on the basis of an FIR filed by the Ministry of Home Affairs over unsubstantiated allegations of suspected violations of Foreign Contribution Regulation Act. It suggested investigations be launched under other laws like Prevention of Money Laundering Act.

In 13 April 2020, AII called on the Uttar Pradesh Government to stop its intimidation of journalists through use of repressive laws during a pandemic. On 15 April 2020, the Cyber Crime Police Station, Lucknow, Uttar Pradesh notified Twitter to furnish information about AII’s Twitter account.

On 5 August 2020, marking the first anniversary of the abrogation of Article 370 of the Constitution of India, AII released an update on the situation of human rights in Jammu and Kashmir.

On 28 August 2020, marking the six-month anniversary of the riots that took place in North-East Delhi in February 2020, AII released an investigative brief on the complicity of Delhi police in the riots which claimed the lives of at least 53 people, mostly from the minority Muslim community.

“The release of the two publications has provided fresh impetus to the establishment to harass and intimidate AII through its investigative agencies.”

On 10 September 2020 AII came to know that all its bank accounts were completely frozen by the Enforcement Directorate bringing most of the work of the human rights organization to a grinding halt, the press statement reads. 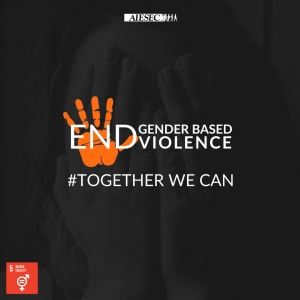