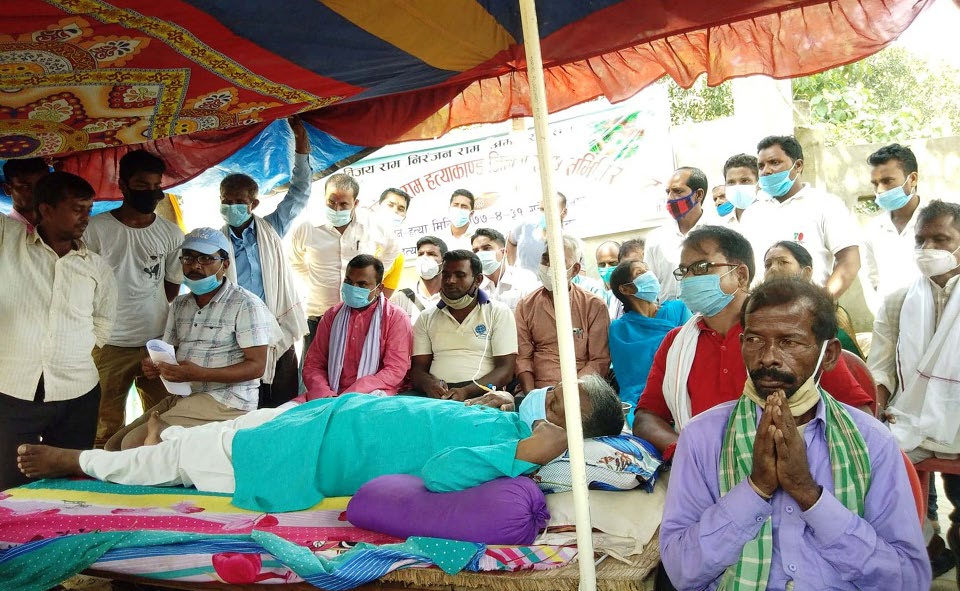 Dalit leaders in Rautahat picketed the District Police Office (DPO) on Tuesday seeking to file an First Information Report (FIR) against police officials for their alleged involvement in the custodial death of Bijaya Ram Chamar.

Bijaya, critically injured after physical torture at the hands of police during the investigation, died in the course of treatment at Birgunj-based National Medical College on August 26.

Angered by custodial death of the Dalit youth, Rautahat’s Dalit community launched a struggle from August 27 accusing the police of ‘murdering’ the youth.

“We’ve been trying to file an FIR against policemen involved in the murder for the last five days but to no avail. Even today police turned down our request,” said Dalit leader Dharmendra Paswan.

“After DPO refused to register our FIR, we went to the Government Attorney’s Office. As office hours were over by the time we reached the attorney’s office and we were given assurance that our FIR would be registered on Wednesday,” Paswan added.

Meanwhile, the agitating Dalits have also expressed concern about the critical condition of another person, Sikindar Ram, who was also detained with Bijaya, and have threatened to further intensify their agitation.