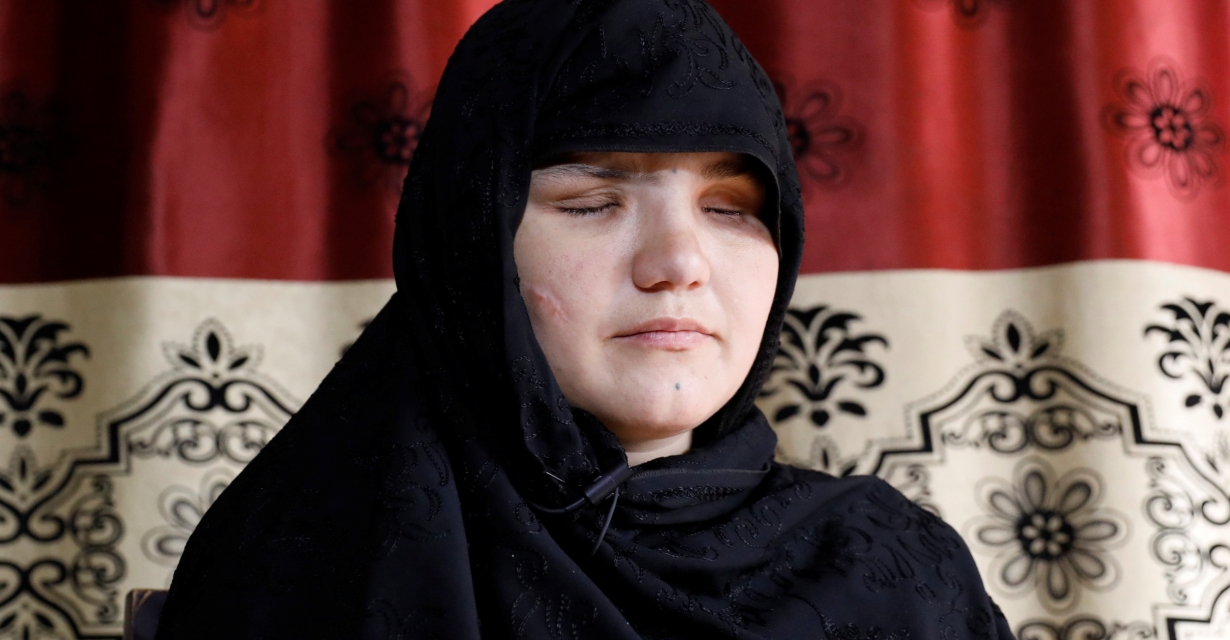 Khatera, 33, an Afghan police woman who was blinded after a gunmen attack in Ghazni province, speaks during an interview in Kabul, Afghanistan October 12, 2020. Picture taken October 12, 2020. REUTERS/Mohammad Ismail
Afghan woman shot, blinded, for getting a job
Read Time: 4 minutes

KABUL, Nov 10 (Reuters) – The last thing 33-year-old Khatera saw were the three men on a motorcycle who attacked her just after she left her job at a police station in Afghanistan’s central Ghazni province, shooting at her and stabbing her with a knife in the eyes.

Waking up in hospital, everything was dark.

“I asked the doctors, why I can’t see anything? They told me that my eyes are still bandaged because of the wounds. But at that moment, I knew my eyes had been taken from me,” she said.

She and local authorities blame the attack on Taliban militants – who deny involvement – and say the assailants acted on a tip-off from her father who vehemently opposed her working outside the home.

For Khatera, the attack caused not just the loss of her sight but the loss of a dream she had battled to achieve – to have an independent career. She joined the Ghazni police as an officer in its crime branch a few months ago.

“I wish I had served in police at least a year. If this had happened to me after that, it would have been less painful. It happened too soon … I only got to work and live my dream for three months,” she told Reuters.

The attack on Khatera, who only uses one name, is indicative of a growing trend, human rights activists say, of an intense and often violent backlash against women taking jobs, especially in public roles. In Khatera’s case, being a police officer could have also angered the Taliban.

The rights activists believe a mix of Afghanistan’s conservative social norms and an emboldened Taliban gaining influence while the United States withdraws its troops from the country is driving the escalation.

The Taliban are currently negotiating in Doha, Qatar, with the Afghan government to broker a peace deal in which many expect them to formally return to power, but progress is slow and there has been an uptick in fighting and attacks on officials and prominent women around the country.

In recent months, the Taliban have said they will respect women’s rights under Sharia law but many educated women say they have doubts. The insurgent group has opposed a reform to add mother’s names to identity cards, one of the first concrete stances they have revealed on women’s rights as they engage in the peace process.

“Though the situation for Afghan women in public roles has always been perilous, the recent spike in violence across the country has made matters even worse,” said Samira Hamidi, Amnesty International’s Afghanistan campaigner. “The great strides made on women’s rights in Afghanistan over more than a decade must not become a casualty of any peace deal with the Taliban.”

Khatera’s dream as a child was to work outside the home and after years of trying to convince her father, to no avail, she was able to find support from her husband.

But her father, she said, did not give up on his opposition.

“Many times, as I went to duty, I saw my father following me … he started contacting the Taliban in the nearby area and asked them to prevent me from going to my job,” she said.

She said that he provided the Taliban with a copy of her ID card to prove she worked for police and that he had called her throughout the day she was attacked, asking for her location.

Ghazni’s police spokesman confirmed they believed the Taliban were behind the attack and that Khatera’s father had been taken into custody. Reuters was unable to reach him directly for comment.

A Taliban spokesman said the group was aware of the case, but that it was a family matter and they were not involved.

Khatera and her family, including five children, are now hiding out in Kabul, where she is recovering and mourning the career she lost.

She struggles to sleep, jumps when she hears a motorbike and has had to cut off contact with her extended family, including her mother, who blame her for her father’s arrest. She hopes desperately that a doctor overseas might somehow be able to partially restore her sight.

“If it is possible, I get back my eyesight, I will resume my job and serve in the police again,” she said, adding in part she needed an income to avoid destitution. “But the main reason is my passion to do a job outside the home.” 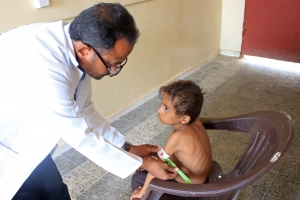