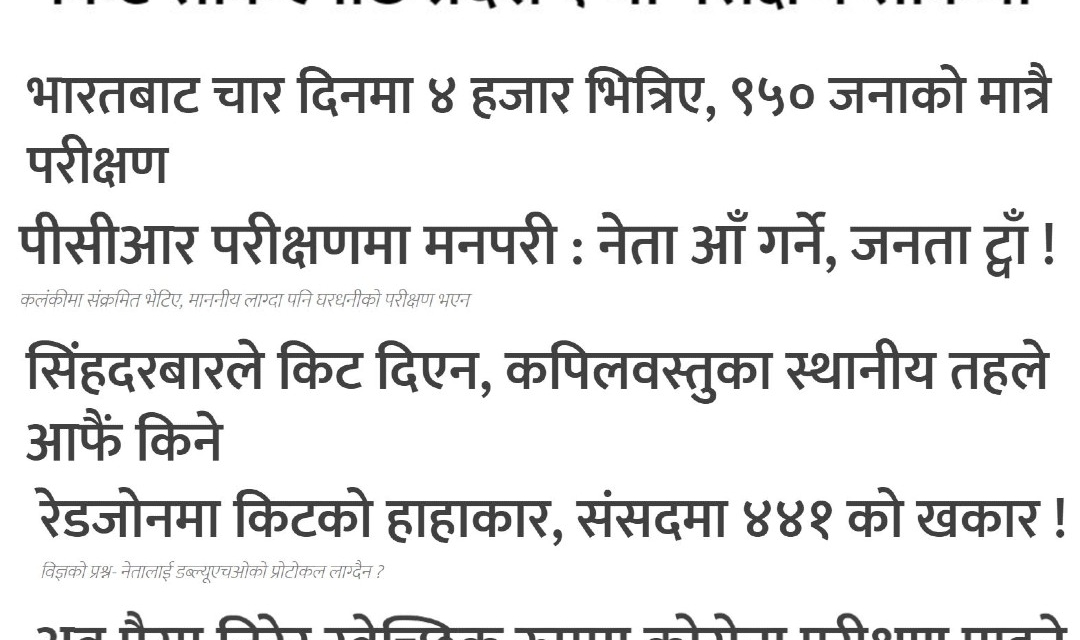 Where did we go wrong!
Read Time: 6 minutes

Today marks the 60th day of the nation-wide lockdown imposed by the government in a bid to curb the spread of the deadly coronavirus infection. However, the number of infected only seems to rise.

Mass testing, contact tracing, and ensuring a dignified livelihood of the poor population should have been the government’s strategy. But nobody knows how far we are with contact tracing because the Health Ministry wouldn’t allow smooth flow of information but would instead blame the media for spreading false news. 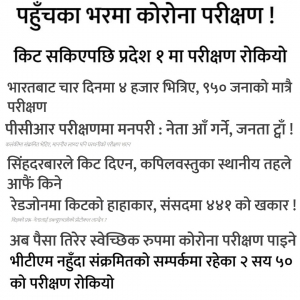 All we know is that 60 days into the lockdown and the testing has been largely influenced by those with political power. Mass testing is a far cry as hospitals with testing facility have been flooded with people that boast political recommendations to get tested without a reason, while the needy and poor wait for their turn in never ending queues.

While all 275 lawmakers of the House of Representatives were tested for Covid-19 before the commencement of the budget session a few days ago, people in rural areas are still waiting their turn due to the dearth of testing kits. The testing of lawmakers was against the government’s own testing guidelines that said only those who have come from abroad, come in contact with the infected, or have travelled to infectious zones should be tested.

Allowing private hospitals to conduct the testing, for which a common Nepali will eventually be forced to pay an exorbitant price, instead of conducting mass testing is a clear indication of whose side the government is.

Quarantine facilities set-up by the government across the country are in a pathetic condition and they in no sense meet the standard set by the government itself. Quarantine facilities in Gandaki Province and Narainapur of Banke are the greatest examples where Covid-19 infected people are cramped into ill-equipped buildings and forced to live in a crowded space. Those infected persons have not even been taken to a healthcare facility for want of one. 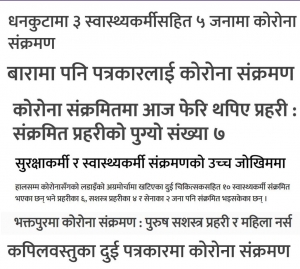 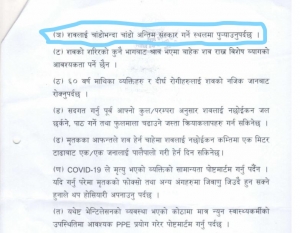 The body of the third person who died at Crimson Hospital of Butwal yesterday due to Covid-19 has not been taken for cremation because of a squabble among authorities concerned. The hospital administration believes that government authorities should manage to transfer the body, while government authorities are insisting that the former should safely wrap the dead body and transfer it to the ambulance. Section ‘ञ’ of the guideline issued by the government – A Brief Guideline To Manage Bodies Of Those Who Died Due To Covid-19- 2076 — dictates that a dead body infected with Covid-19 should be taken to a crematorium as soon as possible. Mismanagement and lack of coordination has not spared any dignity for the dead and the bereaved family. 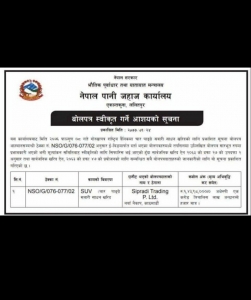 Meanwhile, the worsening health crisis, plights of domestic laborers, and cries for help by migrant workers stranded abroad has not stopped the government from buying expensive cars for its employees. A notice published in Gorkhapatra, a state-owned national daily, on May 6 stated that an SUV worth Rs 1,43,98,000 had been purchased for Nepal Ship Office.

Similarly, according to Kantipur, another national daily, the Nepal Ship Office is preparing to buy additional two cars worth Rs 50,00,000 each through catalogue shopping.