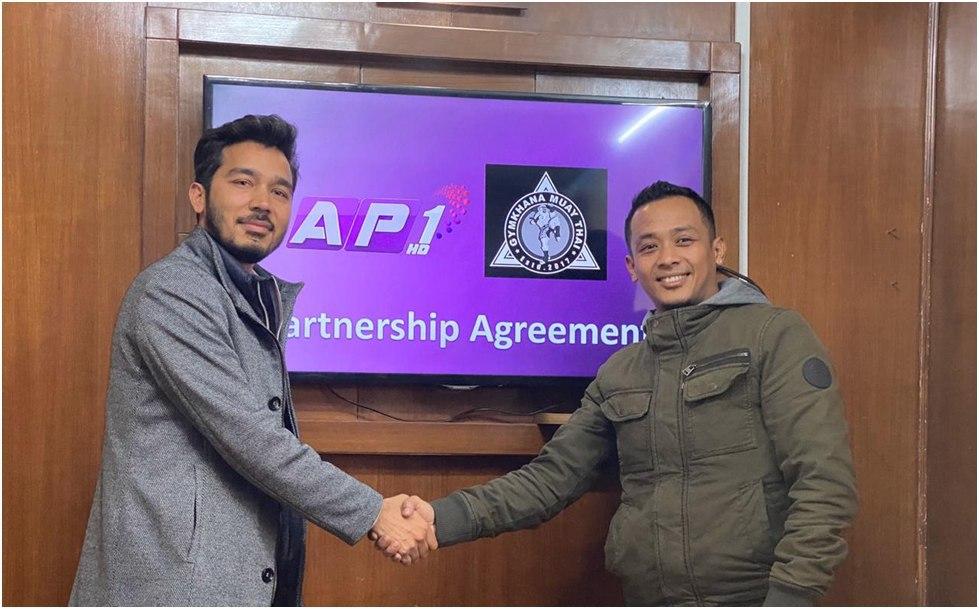 Professional combat sports are gaining momentum in Nepal – thanks to the unrelenting efforts of a few fighters and organisations.
Gymkhana Muay Thai, a fitness centre in Maharajgunj, Chakrapath after hosting 2 Gymkhana Fight Nights (GFN I and GFN II) will be hosting the third edition of the same (GFN III). As a response to the overwhelming public support towards the fight night, Gymkhana has partnered with AP1 HD TV to broadcast their fights towards a larger audience.

GFN III will be broadcasted live on TV on March 7th 2020 which will start at 3PM sharp. The organizers have thanked AP1 HD TV, and believe their partnership will further promote combat sports in Nepal.

AP1 HD, a reputed TV broadcaster in Nepal has provided similar support to other sporting categories – football, cricket, and athletics to name a few. Their content, which is broadcasted nationally (and internationally), will provide adequate exposure to the athletes.

The main and co main fights will be Nepal VS International Fighters from India (Boxing) and Thailand (Muay thai). There are 4 weight categories (55, 60, 65 amd 70kgs) in both Boxing as well as Muay Thai.