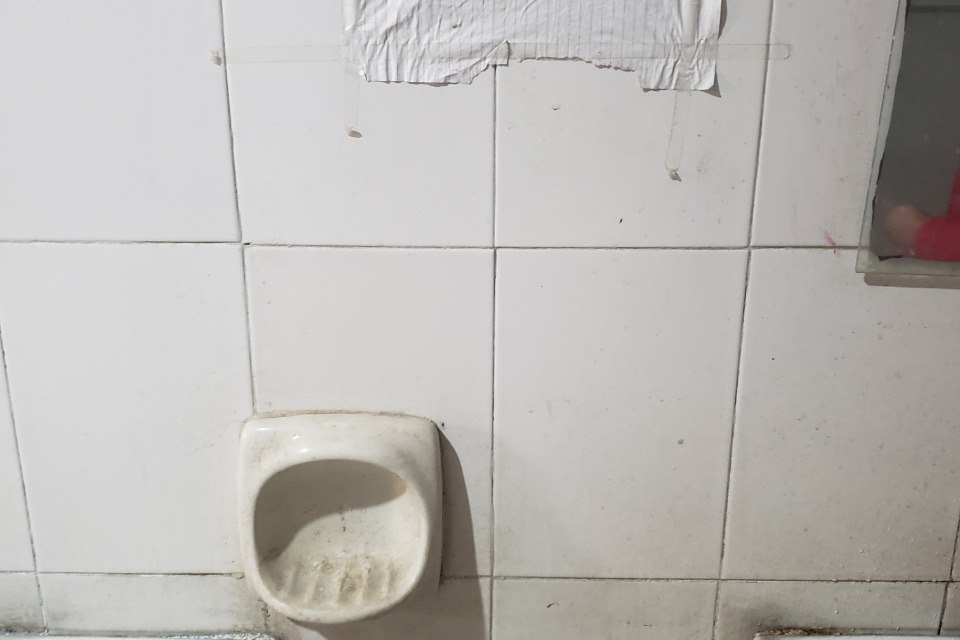 Nepal celebrated this year’s World Toilet Day on November 19 with the theme ‘Leaving no one behind’, but not everyone in the country has access to functional toilets. The dearth of public toilets is not an uncommon scenario, but dysfunctional restrooms in public health care facilities are quite worrisome.

Though the country is committed to achieving Sustainable Development Goals (SDGs), we are fairly far from the destination. SDGs are a set of 17 goals, and Goal 6 is about ensuring sustainable water and sanitation for all. Similarly, SDG Goal 6.1 targets ending open defecation by providing sanitation facilities to all.

At the Lalitpur-based Patan Hospital, Salina Shah, from Rupandehi, was using a scarf to block her nose from inhaling the stink that permeated from the toilet. She was waiting her turn to use the restroom. A look around and there is no wash basin, soap, or running water in the toilet. Moreover, one has to pay Rs 5 to pee and Rs 10 to defecate in one of the toilets at the hospital. 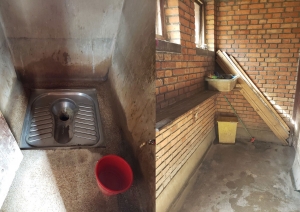 One of the public toilets at Patan Hospital in Lalitpur.

Director at the Patan Academy of Health Sciences, Dr Bishnu Prasad Sharma, said toilets in his hospital lack basic sanitation facility mostly because of the lack of budget. “We don’t get a special budget dedicated to maintain hygiene and sanitation of toilets. Though we get a generic yearly budget of 50-70 million rupees for infrastructure development, such paltry sum is not enough for timely repair and maintenance of toilets.”

Talking about the lack of running water in the toilets, Dr Sharma said that the hospital has to buy water from private tankers every day, and hence the taps are almost always dry. “Though the housekeeping gets some budget for toilet maintenance, it is not enough to buy soaps, hand sanitizers, and toilet papers throughout the year,” he said.

Dr Sharma also attributed the dire state of toilets to the lack of space after the 2015 earthquake damaged the hospital infrastructures. “We don’t even have a proper morgue here and you ask about the status of toilets.”

Having worked at the hospital for over 30 years, Dr Sharma said he has used all the toilets in the hospital, and acknowledges that the functionality of toilets for patients and hospital staffers differs from his own. 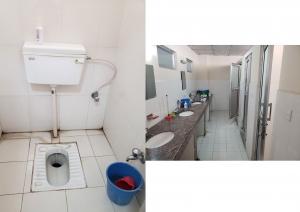 The toilet used by the Director of Patan Hospital in Lalitpur. The Director does not have a private toilet.

Dr Sharma said, “Efforts from the health institution alone are not sufficient. Individuals and patients visiting the hospital should also try their best to maintain cleanliness in restrooms.”

Meanwhile, Dr Kedar Prasad Ceintury, Director at Bir Hospital, pointed out the need to make general public aware about maintaining hygiene and sanitation in toilets. “I am not oblivious to the pathetic status of toilets in this hospital, but this issue is also dependent on the users,” he said.

Stating that the hospital toilets have become public restrooms for patients and Ratna Park visitors alike, Dr Ceintury said, “I know that the toilet I use is much cleaner and functional as compared to other toilets at the hospital, but you also have to understand that the difference is a result of multiple users. I am the single user of my toilet whereas the other toilets are used by thousands of people that visit the hospital every day. Moreover, people from the Ratna Park area come to the hospital to relieve themselves for want of public toilet facilities in this area.” 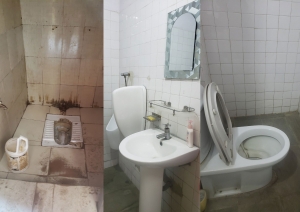 Dr Ceintury said the hospital has employed toilet cleaning staffs in two shifts — day and night — for 24 hours. “However, patients and visitors often tend to ignore hygienic practices and clog the restrooms with paper as well as plastics materials.”

He added that the traditional drainage system of the Kathmandu Metropolitan City is also partly responsible for overflowing or clogged toilets at the hospital.

To understand the crux of the lack of WASH at hospital restrooms, it is crucial to know various factors contributing to the situation.

Dr Prem Krishna Khadka, Executive Director at the Maharajgunj-based TU Teaching Hospital, said that timely renovation and repair of all toilets across the hospital is not possible primarily because the hospital authorities get a limited budget and also because of an enormous influx of patients each day.

Restrooms at the TU Teaching Hospital are an eyesore. They not only lag in sanitation but also hygiene as there are no dustbins or soaps. Some restrooms at the hospital don’t even have running water for hand washing purpose. 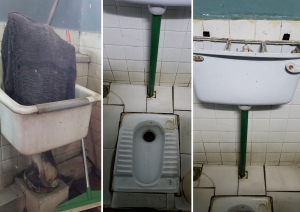 One of the toilets for public use at TU Teaching Hospital in Maharajgunj, Kathmandu.

“This is a 40 year old building and naturally the infrastructures, including the toilets, are old. We do get an annual budget of around 80 million rupees for infrastructure development, but it is not enough to ensure WASH in the restrooms.”

He also attributed the sorry state of the hospital toilets to the incessant theft of hospital properties. “People steal everything, from soaps to hand dryers. We cannot have anything nice in the toilets because such things get stolen in no time. That is why you will not see any hand sanitizers or toilet papers in the toilets. Drug addicts lurk around and they even steal taps and showers from our toilets,” said Dr Khadka. 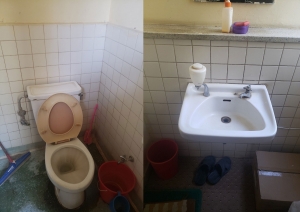 The Director’s toilet at TU Teaching Hospital in Maharjgunj, Kathmandu.

Rotary Club Nepal only recently renovated one of the numerous toilets at the hospital, but Dr Khadka expressed his doubts about how long the newly renovated toilets will stay clean. “We don’t even have the ultrafiltration mechanism here, so we use the same water for drinking as well as washing purposes. We use chlorine to purify the water. The water storage tanker is cleaned time-and-again, and that is the only way we can ensure that the water is not contaminated.” 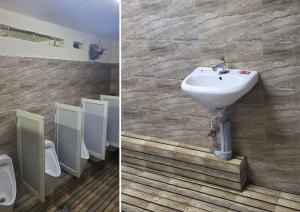 The toilet built the with the financial support of Rotary Club Nepal at TU Teaching Hospital in Maharajgunj, Kathmandu.

Dr Khadka plans to outsource housekeeping staffs so as to keep the toilets functional and hygienic in the long run. He, however, added that there is a dearth of helping hands.

In between unhygienic as well as partly dysfunctional toilets and higher authorities awaiting adequate budget for repair/maintenance, it’s the patients who are at the receiving end. Hospital administrations along with the government should develop mechanisms to timely review, refine and adapt their programming, approaches as well as technologies to make sure that their work is sustainable, innovative, relevant and effective.