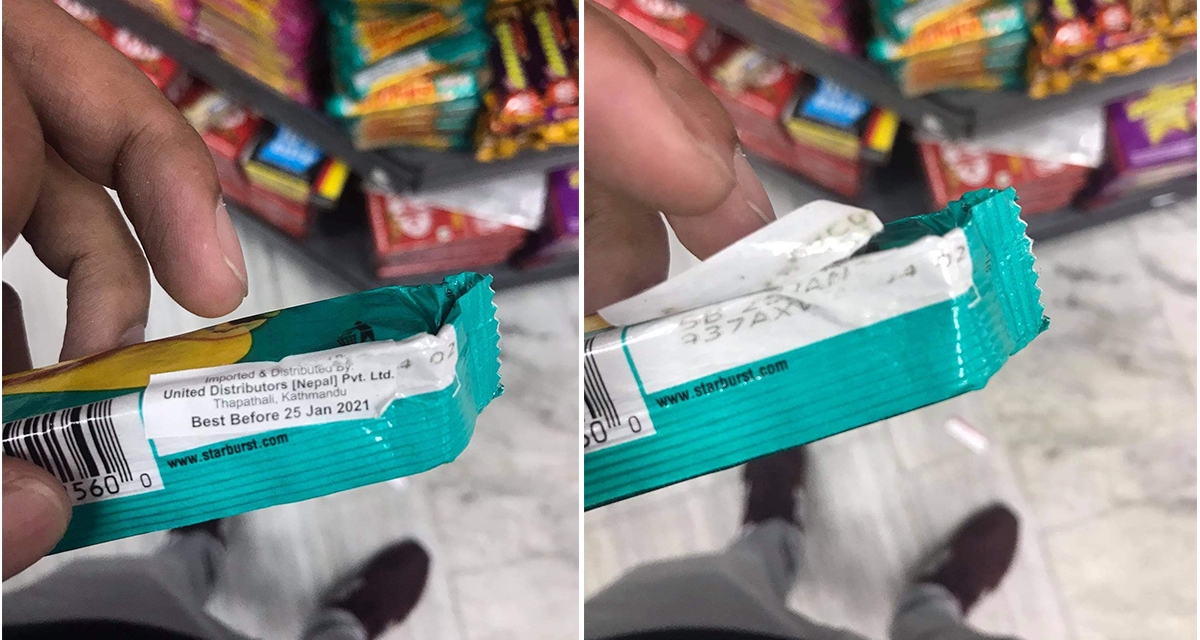 Despite a government order directing Vishal Group to withdraw all brands of goods which were involved in the relabeling scandal, the order is yet to be implemented in full effect by the group. Supermarkets, department stores, and small stores are still found to be selling brands such as Snickers, Mars, Tang, Pringles, Bournvita, and other brands which were involved in the scandal. 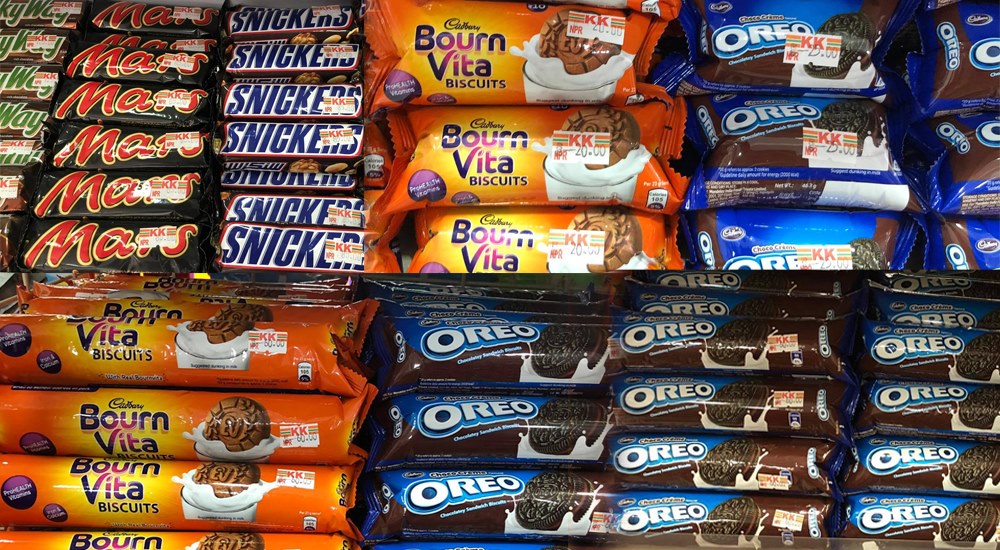 On Thursday, 1st October, 2020, a joint team of Nepal Police and the Department of Commerce, Supply and Consumer Protection Management had raided three warehouses in Kalanki and Bafal. The raid had exposed an illegal practice of re-labelling several products including instant drinks, chocolate bars, and other FMCGs. Police had arrested nine individuals including Director of Ayan Distributors Private Limited Pushpa Devi Agrawal.

Vishal Group, for its part, issued a Press Release to deny any association with Ayan International, and said the news reports tying the racket to Vishal Group were baseless – however several reports have exposed connections with the arrested and Vishal Group.

Meanwhile, several groups and individuals are raising an issue with the total disregard for public health while indulging in such unethical and immoral activities. For Alina Raut of Bhaktapur, her children, aged 4 and 10 would start their day with a glass of Bournvita and a packet of Oreo biscuits. She would ensure a packet of Tang would be at her home as sometimes guests would come unannounced and she wouldn’t have anything to offer them to drink.

According to Dr. Aruna Upreti, a public health expert, ‘consuming goods which have passed their expiration date are harmful for your overall health, and may specially affect one’s liver. Consumption of such goods may have both – short term effects such as food poisoning or other long term effects’.

As the festival season approaches, children will be consuming more of such products, and Dr. Upreti she has warned parents and guardians to be mindful of the brands their children are consuming.