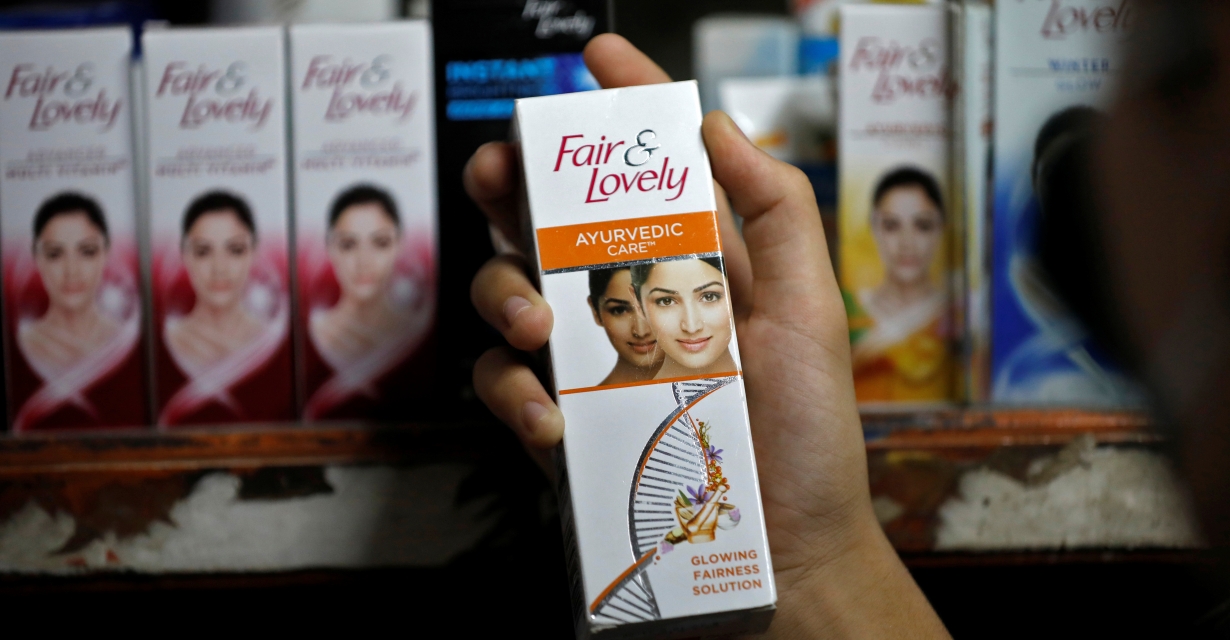 A customer picks up "Fair & Lovely" brand of skin lightening product from a shelf in a shop in Ahmedabad, India, June 25, 2020. REUTERS/Amit Dave
Unilever’s ‘Fair & Lovely’ to get makeover after backlash
Read Time: 3 minutes

MUMBAI/ISLAMABAD, June 25 (Reuters) – Unilever will drop the word “fair” from its “Fair & Lovely” skin lightening products, it said on Thursday, in the latest makeover of a brand in response to a global backlash against racial prejudice.

Skin lightening cosmetics have a huge market in South Asia, but their promotion is being questioned, especially in the wake of the Black Lives Matter movement.

Earlier this month, Johnson & Johnson said it would stop selling skin-whitening creams in Asia and the Middle East, while PepsiCo said it would change the name and brand image of its Aunt Jemima pancake mix and syrup.

“We recognise that the use of the words ‘fair’, ‘white’ and ‘light’ suggest a singular ideal of beauty that we don’t think is right, and we want to address this,” said Sunny Jain, president of Unilever’s beauty and personal care division.

In India, the biggest market for “Fair & Lovely”, fairness products have long been endorsed by leading Bollywood celebrities, as well as other youth icons.

Unilever’s India unit, in which the company owns a 67% stake, said it had shifted from such marketing in 2019 and would continue to evolve it to feature women of different skin tones.

Several users on Twitter applauded the move, though some said it was too little, too late.

“This is a big win, but it’s only the beginning,” Nina Davuluri, who in 2014 became the first Indian American to be crowned Miss America, told Reuters.

“While Unilever removing words such as ‘fair, white, & lightening,’ and changing the … brand name is a step towards inclusion, it’s only one piece of a much larger fight to end colorism.”

Davuluri on Tuesday wrote an open letter to Unilever CEO Alan Jope, urging him to stop production of the products.

The name change is subject to regulatory approvals, Unilever’s India unit, Hindustan Unilever, said. It declined to say what the new name would be.

In 2018, the company also registered trademarks to market skincare and haircare products under the brand names “Even & Lovely”, “Always Lovely”, “Care & Lovely” and “I Am Lovely”, among others.

Separately, a source at L’Oréal in India said the French company was also having discussions in view of the backlash.

L’Oréal India declined to comment. L’Oréal in France did not respond to an e-mail seeking immediate comment.