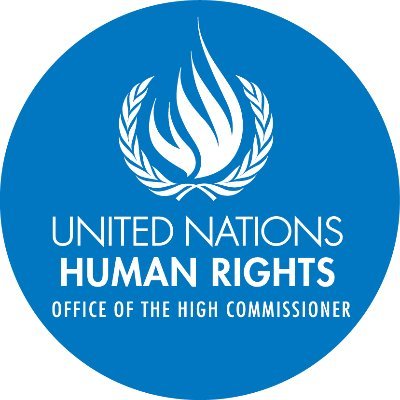 UN Human rights experts have expressed serious concern for the independence of Nepal’s National Human Rights Commission (NHRC) after the recent appointment of new members that they regard as being inconsistent with international standards.

The experts urged the Government to rectify the situation immediately.

“We are deeply concerned that the appointment process is not in line with international standards and that it undermines the independence, integrity and legitimacy of NHRC, which restricts the ability of the people of Nepal to access appropriate remedies for alleged human rights violations,” the experts said.

“This will have a chilling effect on civil society actors.

“This appointment process has failed to implement the essential requirements of the Paris Principles, including the need for an open, transparent and participatory process with broad consultations,” said the experts.

The Paris Principles, a set of minimum international standards for effective and credible National Human Rights Institutions (NHRIs), were adopted by the UN General Assembly in 1993.

The experts said Nepali authorities have failed to implement the extensive guidelines of the Sub-Committee on Accreditation (SCA) on the basis of which the NHRC was conferred its ‘A’ status.

SCA is a body of the Global Alliance of National Human Rights Institutions (GANHRI) responsible for reviewing and accrediting NHRIs in compliance with the Paris Principles.

NHRC Nepal retained its ‘A’ status after a review in March 2019.

An independent and impartial national human rights institution is critical for the promotion and protection of civic space and in particular the right to assemble and associate.

It is also vital to the transitional justice process, and ensuring accountability for crimes committed during Nepal’s armed conflict, including extrajudicial killings, enforced disappearances and torture.

The experts said the recent appointments had also failed to adhere to domestic law as enshrined in the Constitution of Nepal and noted that authorities had shown unwarranted haste in avoiding crucial processes such as the parliamentary hearing.

“On 15 December 2020, Nepal’s President issued an ordinance to amend the Constitutional Council, clearing the way for it to hold meetings without quorum and take decisions based on a simple majority.”

Under Nepali law, appointments to Constitutional bodies must be confirmed through a parliamentary hearing process, which could not take place because the President dissolved the House of Representatives.

On 3 February 2021, the President appointed five new members of the NHRC, despite the fact that petitions challenging the constitutionality of the ordinance were pending at the Supreme Court’s Constitutional Bench.

New Commissioners of the Constitutional bodies established to protect the rights of Dalits, Madhesi, women, Janjati, Muslims and Tharus were sworn in the same day.

While the Constitutional Bench of the Supreme Court reversed the President’s dissolution of the House of Representative in a 23 February ruling, substantive hearings have yet to take place regarding petitions against the ordinance and appointments to Constitutional bodies.

The experts said that since Nepal’s Chief Justice was part of the Constitutional Council that recommended the appointments, “the Chief Justice should recuse himself from their review by the Supreme Court to avoid any perception of lack of independence or bias”.

The experts called on the Government of Nepal to stand by its commitments to the Universal Periodic Review and its voluntary pledges for UN Human Rights Council membership to strengthen NHRC.

“We call on the Government to reverse the appointments to the Constitutional bodies and facilitate a new process marked by openness, transparency, broad consultation and participation,” the experts said.

“The independence and impartiality of the Commission is vital for the effective functioning of a democratic State based on the rule of law.”