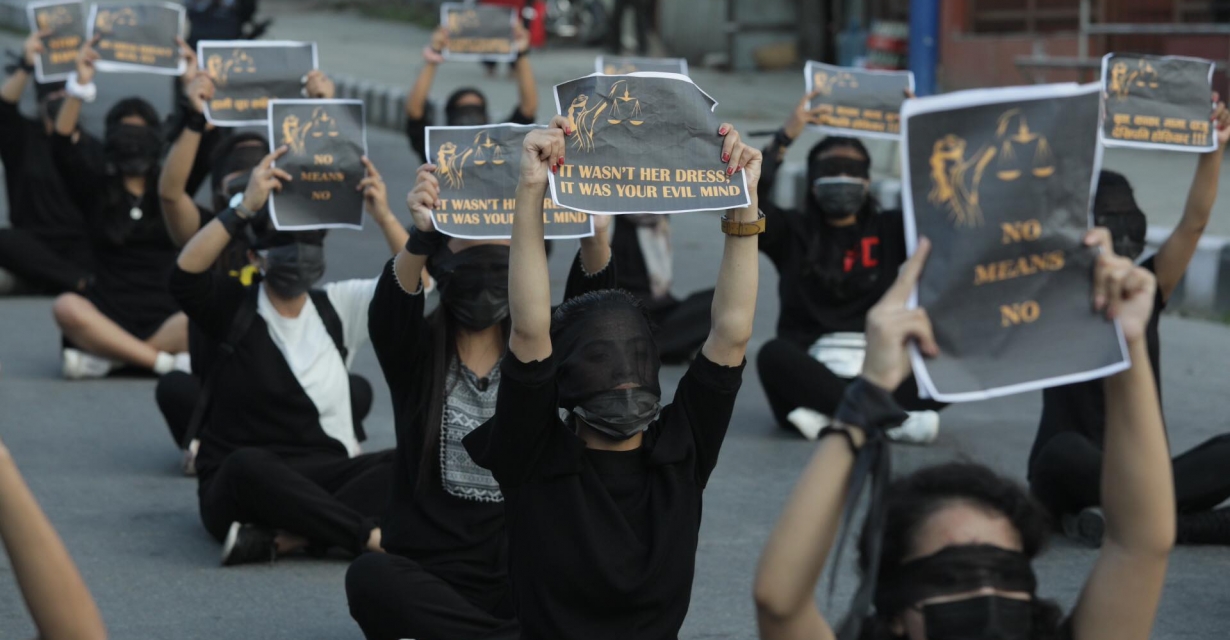 A 14-year-old girl of Jahada Village Municipality-1 of Morang district was abducted and raped by two men while she was out of her house to answer nature’s call in the open at night.

According to the police, Jitesh Yadav and Ajay Baitha, who had come to the area from a neighboring village on a motorcycle, abducted the child at around 9:30 pm on Monday and took her to a nearby maize field where they raped her.

The survivor had gone out of her house late at night to relieve herself under the open sky because her house, like most houses in rural villages, doesn’t have a toilet.

After the heinous crime, the men had brought the girl near her home on their motorcycle and dumped her on the road.

Some locals said that they had seen the two men strolling in the area on their bike in the afternoon before they came again at night to abduct and rape the child.

Family members of the girl had begun to search for her after she did not return, but to no avail. She came home distraught two hours after she had gone missing.

Police began searing for the rapists after the survivor informed them that she had been abducted on a motorcycle. Police found the motorcycle in the yard of the house of a local Udit Chand Yadav.

“The villagers informed us at about the incident at around 1:00 am,” said Deepak Thapa, Inspector at Area Police Office, Rani adding, “Though a search team was deployed immediately, we couldn’t arrest the culprits as they had already fled to India. Efforts to search for them and arrest them is still underway.”

Abundant research show the effect of increased in-home toilet access can reduce the risk of violent crimes against women. Though prior research on consequences of open defecation or access to sanitation facilities has focused on health, human capital, and mortality, in-home toilets can result in enhancing safety of girls and women.

In-home toilets reduce exposure time of women outside their homes at dark hours in secluded areas, resulting in a reduction in crimes targeted towards women.

Key factors influence toilet construction and use: poverty, inadequate sanitation policy and its implementation and gender-based power dynamics at the household level. Engendering sanitation programmes and policies by involving women and girls in the planning process to ensure that dignified and gender-sensitive sanitation solutions are developed is vital.

Government approaches in curbing violence against women, however, have been insufficient and inept while its policy-making in the field utterly lacks inter-sectional research.

Meanwhile, the conviction rate for crimes against women stands at about 3 percent.