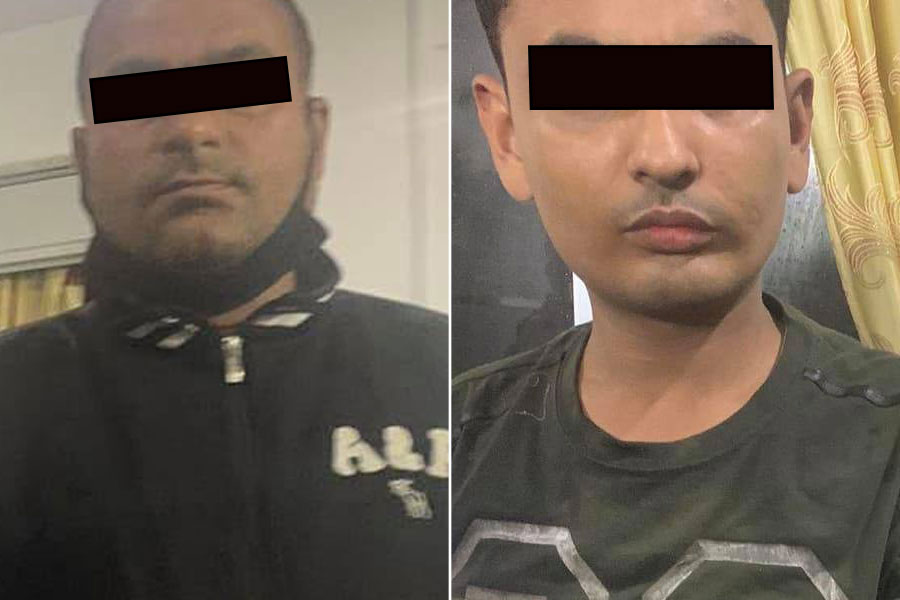 Nepal Police arrested two people, Indian national Munna Mohammad and his boss Mohammad Alam, a resident of Rautahat district, for throwing acid on a 22-year-old female from Okhaldhunga at Sitapaila in Kathmandu on Thursday evening.

According to Metropolitan Police Range, Teku, the duo was arrested from Dallu area in Kathmandu at 11:00 PM yesterday, a couple of hours after the attack, on the basis of CCTV camera footage located near the incident site.

According to the police statement given by Munna Mohammad, he threw acid on the orders of Mohammad Alam, who was currently living in Dallu. Alam had met the survivor while working at a casino, according to the initial investigations.

Alam also confessed that he had ordered Munna to throw acid on the girl because she didn’t accept his love proposal. Munna had attacked her with acid while she was on her way to a retail store to buy yogurt.

Munna has also revealed that Mohammad Alam had told him to go back to India the very night after the heinous attack. He said, “My boss handed me a bottle of alcohol. He told me to throw it on the girl’s face. I thought it was alcohol. I realised what it was only when it burned my hand.”

Senior Superintendent of Police Shyam Lal Gyawali, chief of Metropolitan Police Range Office, said, “The attack survivor has injuries on her face. She has been admitted to Kirtipur Hospital for treatment. Her health condition is stable.”