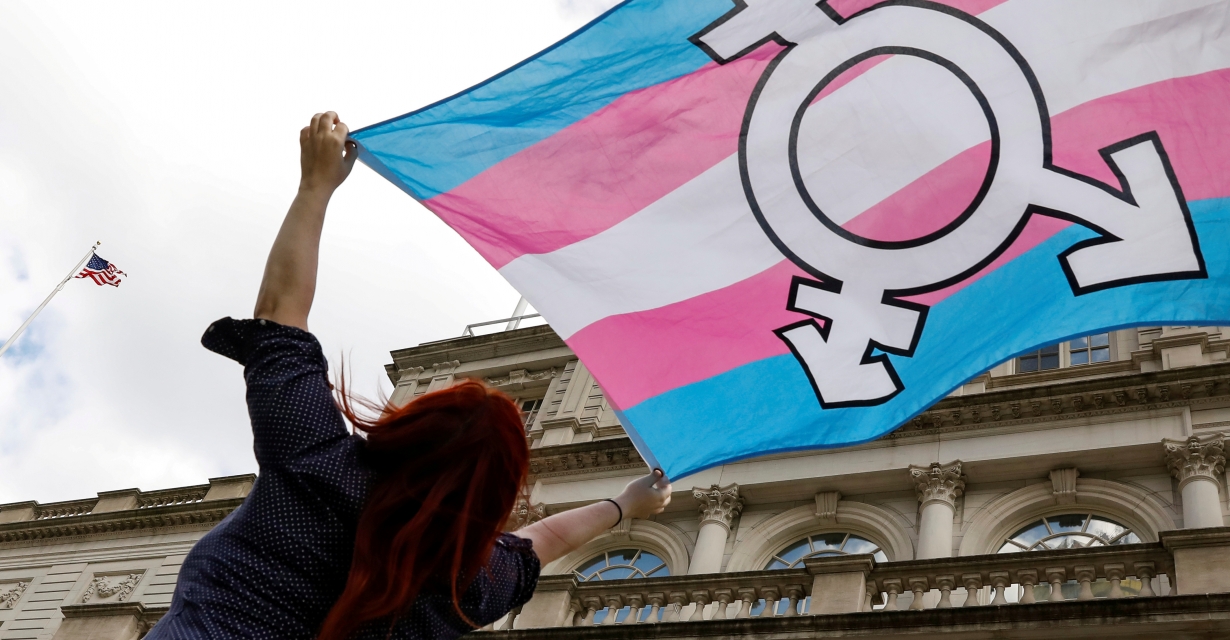 FILE PHOTO: A person holds up a flag during rally to protest the Trump administration's reported transgender proposal to narrow the definition of gender to male or female at birth, at City Hall in New York City, U.S., October 24, 2018. REUTERS/Brendan McDermid/File Photo
Transgender politicians and government officials around the world
Read Time: 3 minutes

Rachel Levine made history this week as the first openly transgender person confirmed in a top government job by the U.S. Senate, with senators voting 52-48 to approve her appointment as assistant health secretary in Joe Biden’s administration.

A professor of paediatrics and psychiatry at Penn State College of Medicine, Levine led Pennsylvania’s response to coronavirus pandemic as the state’s top health official.

Here are some other trans people who serve in high-level politics and government globally: – Tamara Adrian, alternate deputy in Venezuela’s National Assembly

Adrian, 67, a member of the small Popular Will party, became in 2015 the second trans woman to be elected to a national legislature in the Western Hemisphere.

A year before her election, she filed an appeal for recognition of her gender identity to the Supreme Court, but despite garnering more than 4,000 signatures, the case did not receive a response from the court.

As a result, Adrian was forced to campaign under the name on her birth certificate. – Petra De Sutter, Belgium’s deputy prime minister

De Sutter, 57, an activist for progressive legislation regarding trans issues and medically assisted reproduction, was named in 2020 as one of seven deputy prime ministers in Belgium’s new coalition government.

Tang, 39, became digital minister in 2016 and is the youngest person to hold a ministerial post in Taiwan.

Tang has said changing her gender identity informed her politics by giving her a greater understanding of what it is to be vulnerable.

As a minister, she has pledged to give preferential access to government contracts to social enterprises. – Diane Marie Rodriguez Zambrano, alternate member of Ecuador’s National Assembly

Zambrano, 39, was the second-ever LGBT+ person to run for office in Ecuador. In 1998, protection from discrimination for gay men and lesbians was written into the constitution, but not extended to trans people.

Zambrano, who was also an activist for more than two decades, has said she still receives death threats for her work.

In the National Assembly, she helped set a legal precedent for how trans people are represented in the media, winning a discrimination case against the makers of a programme that mocked trans people as “perverts”.

“I’ve kept on fighting for LGBT rights because even if I don’t get to benefit from those rights, other generations can live without discrimination or violence,” she wrote on human rights website Frontline Defenders in 2015. (REUTERS)