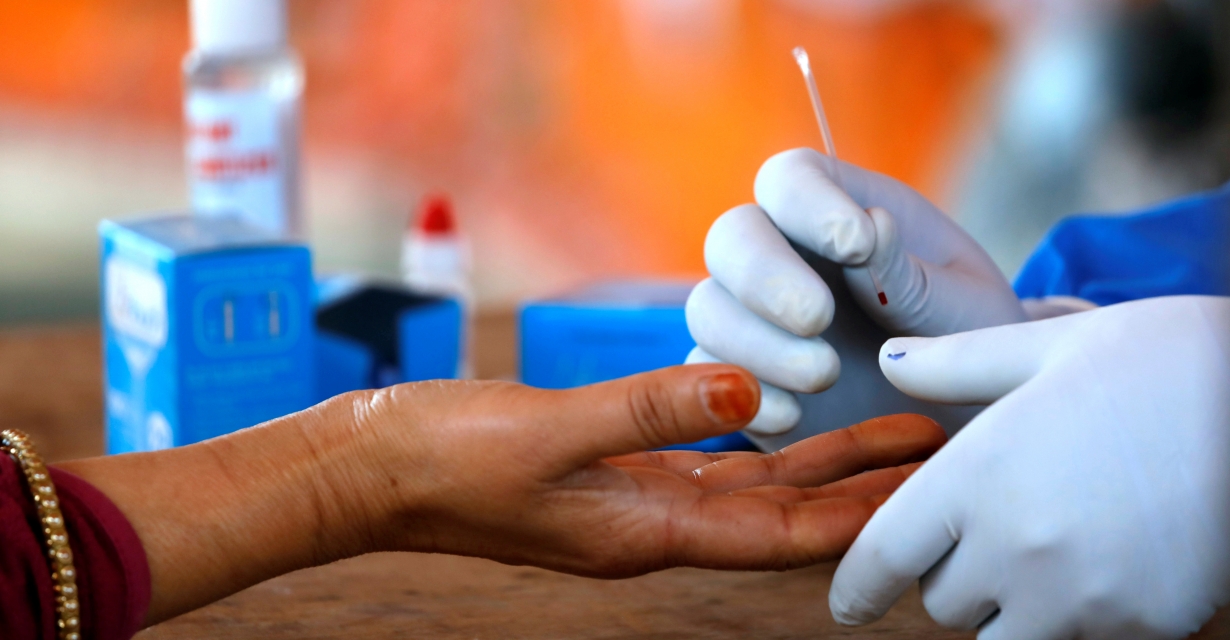 A health worker in a protective gear takes a blood sample from a woman at the makeshift rapid testing center for the coronavirus disease (COVID19), in Lalitpur, Nepal April 14, 2020. REUTERS/Navesh Chitrakar
Three test positive for antibodies
Read Time: 2 minutes

Two youths in Kavre and one in Dhading have been kept in isolation after they tested positive for COVID-19 antibodies during Rapid Diagnostic Tests (RDT).

The two in Kavre have been kept in isolation at Dhulikhel Hospital while the third youth is in Dhading.

The two youths from Kavre had returned from abroad a couple of weeks ago.

One of them, a 23-year-old male of Mandandeupur had returned from Dubai on March 20, while the other, a 28-year-old male, of Bethanchowk Rural Municipality, had arrived home from Dubai two days later.

The 23-year-old reportedly had earlier stayed in quarantine at a government-built shelter.

According to authorities at Dhulikhel Hospital the two youths will undergo Polymerase Chain Reaction (PCR) test to confirm if they had contracted COVID-19.

Another youth of Dhading tested positive for COVID-19 antibodies after taking an RDT at Jwalamukhi Rural Municipality.

He had returned from South Korea on March 3. He had been in home quarantine ever since his arrival.

Antibody tests aren’t meant to diagnose active coronavirus infections. Rather, they check for proteins in the immune system, known as antibodies, through a blood sample.

Their presence means a person was exposed to the virus and developed antibodies against it, which may mean that person has at least some immunity – although experts are not sure how strong the immunity may be or even how long it will last.