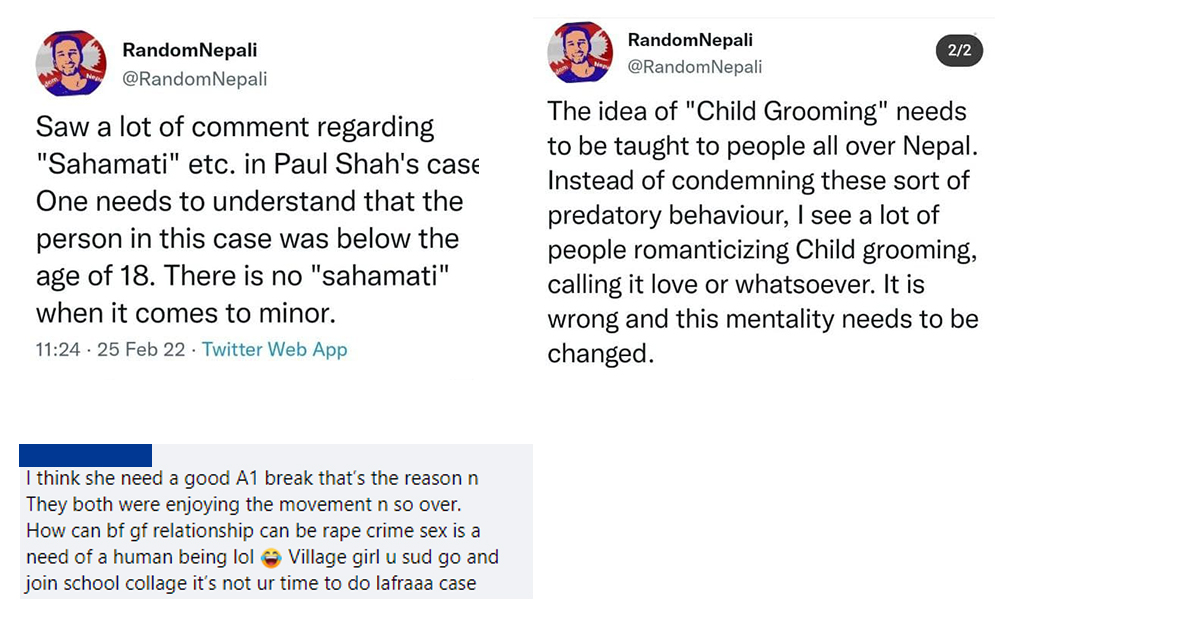 The law is pretty clear. Then, why do we beg to differ?
Pankaj Thapa
Read Time: 5 minutes

Chapter 8, Section 66 of The Act Relating to Children 2075 (2018) explicitly defines commitments of actions, of which, if a person is involved in, will deemed to have committed child sexual abuse:

(c) To propose, lure, coerce or threaten him or her for sexual activity,

(f) To use, or cause to use, him or her for stimulating sexual lust or sexual excitement,

(g) To use, or cause to use, him or her for the purpose of sexual gratification,

(h) To engage, or cause to engage, in child sexual exploitation.

Here, “Children” means a person who has not completed the age of eighteen years, and are therefore legally unable to provide “consent”.

According to Chapter-9, Section 72, under “Punishment”, “In case of an act as per clause (g) or (h) of Sub-section (3) of Section 66, the punishment that is imposable on the offender of rape under the prevailing law”.

This is the law of the land. Yet, why do we beg to differ?

Advocate Rastra Timalsena has a theory: The Practice of Child Grooming in Nepal.

According to the State Government of Victoria, Australia, “Grooming is when a person engages in predatory conduct to prepare a child or young person for sexual activity at a later time, and can include communicating or attempting to befriend or establish a relationship or other emotional connection with the child or their parent or carer”.

As per Advocate Timalsena, Nepal lacks laws which define and protect children against such exploitative behaviours.

Besides, law, lack of awareness within minors and parents regarding consent, and the fact that a child under the age of eighteen years are unable to provide consent also seems to be a major problem – as made evident by the alarming support received by actor Paul Shah as he faces a huge legal proceeding ahead of him.

Exploitation of children is widespread in Nepal, and it is the first time that an issue of children’s exploitation has come into the national narrative. The discourse must be done right, and as per the law. People must be aware that nationally, and internationally, children are unable to provide consent. PERIOD. 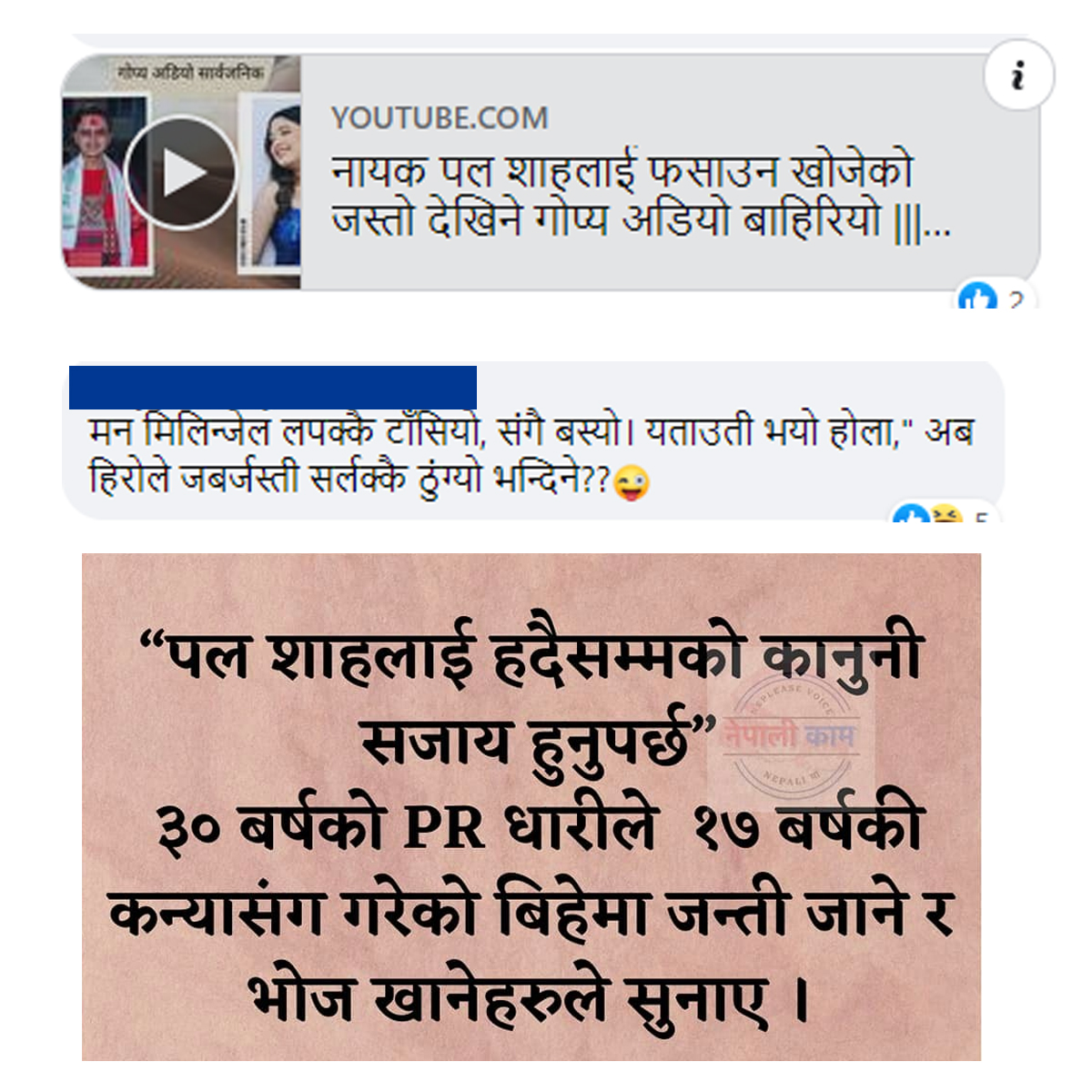 This is the time to pave the way for the right kind of discourse – one that shuns away from blaming the victim, and respects the dignity of a woman – nay, child.

In Nepal, there are thousands who fall victim to child abuse every month. In October, 2021, an Aawaaj News report highlighted the socio-economic conditions which drove a teenager Namita (name changed) away from home, and how, she eventually found herself within Kathmandu’s rampant commercial sexual exploitation industry. She was eventually rescued by Maiti Nepal, however legal justice is a far cry for her. Today, estimated 70-80 children take shelter in Maiti Nepal, of which many are victims of child sexual abuse whose onset towards such experiences was triggered by grooming.

Nepal has also made infamous headlines on another important aspect of child abuse – “Child marriage”. It is important to bring this social issue here, because a lot of public comments defending Paul Shah have been diverted towards the practice. For example, a page defending the actor was quoted saying: “those who are demanding that Paul Shah be tried as per the legal system, are the same people who join the marriage procession of a seventeen year old girl to a 32 year old man”.

A UNICEF report has highlighted that Nepal has one of the highest rates of child marriage in Asia – for both girls and boys. The study further reported that one in three married girls in Nepal had been subjected to sexual violence by their husbands, while one in six reported physical violence.

Watching the alarming support towards actor Paul Shah, it is evident that awareness on the rights and duties of children and family members surrounding consent, and other probable exploitative environment is imperative. Most importantly, it must be drilled into our minds that a child cannot give consent – be it for sex, be it for marriage, or be it for employment. Any act towards coercing a minor to do so is illegal.