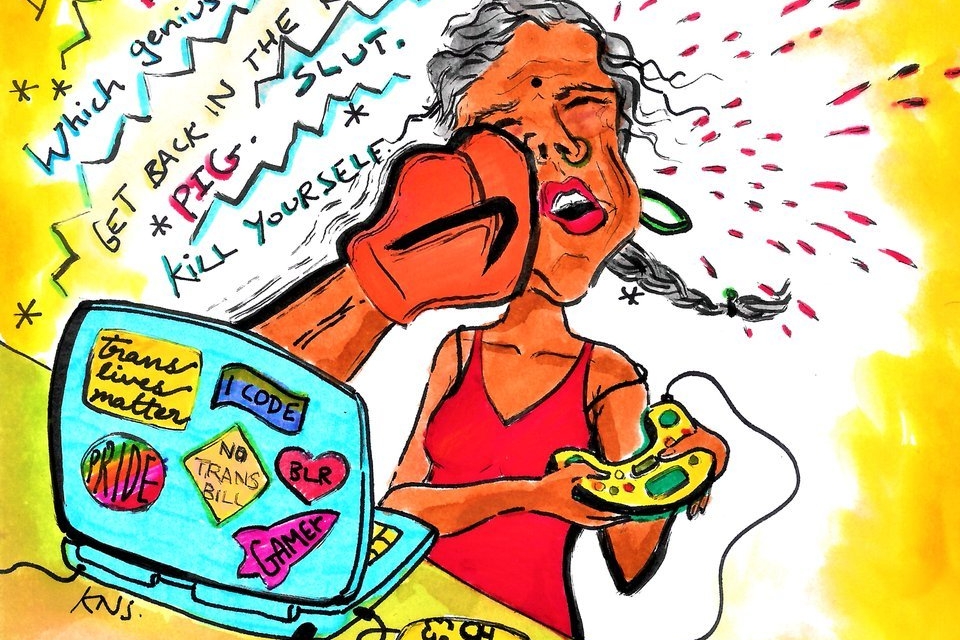 In a country that rarely enthusiastically follows fan culture, Rajesh Hamal is among a few celebrities that enjoy loyal fandom. Besides being a humble celebrity, Hamal has also become one of few firsts to speak up in support of his female colleague.

At a time when Nepali film industry is mired in controversies with actor Samragyee RL Shah revealing how she has faced abuses, sexual harassment, financial exploitation, and discrimination at the hands of senior producers and directors, and fans being divided on who to support, Hamal has set a precedent for others in the industry and shown a peaceful way to move forward.

BACKGROUND FOR THOSE OF US UNAWARE:

Through a series of videos on Instagram three weeks ago on June 26, Samragyee RL Shah broke her silence regarding the harassments she faced in Nepali movie industry.

Though she did not name anyone in her claims, her videos caught attention of Bhuwan KC, a famed Nepali senior male actor, who put his foot down in rebuttal and took the helm of defending himself with bitter remarks against the young female actor.

KC accused Shah of being thankless. He even filed a defamation complaint against Shah at the Film Artistes Association of Nepal on July 2.

Two weeks ago, an interview my actor Deepa Shree Niraula expressed her doubts on the “Mahanayak” title bestowed to Rajesh Hamal “since he has not been active in the film industry for long”.

Niraula’s comments were met with a plethora of online abuses as well as threats from Hamal’s so-called fans. The situation went out of hand when Niraula started to get death threats and calls were rife to cancel her.

Eventually, Hamal had to release a video on July 14 urging the public “to be positive and forgive the person concerned for the sake of Nepali film industry and humanity”.

Stating that a colleague/artiste had faced online hate after she aired her views publicly, Hamal expressed his sadness over the debate amid the crucial time of COVID-19.

He then questioned if it was right to give the kind of feedback that brings harm, attacks, and wounds the humanity of that person for views expressed publicly.

He said, “I want to request my audience and public from the bottom of my heart to be open, ponder on the bigger picture and express one’s views in positive way without harming one’s humanity.”

While one female actor, Shah, gathered her courage to finally publicly talk about the miseries meted out by senior colleagues in the Nepali film industry, another, Niraula, simply aired her personal opinion about a title given to a male actor. Both drew different forms of hate from netizens.

Hamal’s video in support of his female colleague and condemning online bullying has shown how male allyship is important to amplify female voices.

Ashankan Malla, a lawyer working in the field of cybercrime said, “Conventional crimes relating to gender-based violence such as rape and sexual abuse have been shifting forms from physical assault to online. Furthermore, investigating such crimes entails problems of its own kind with most online harassment being anonymous and its investigation requiring technological know-how. Neither the Electronic Transaction Act not the IT Bill of Nepal clearly defines what online sexual harassment constitutes.”

Malla added, “Moreover, people who regulate internet crimes in Nepal are all males. Rarely do those men understand the gravity of threats faced by women. They hardly understand a woman’s internet experience.”

With increased unemployment during the lockdown induced by the pandemic, online bullying and harassment have taken new heights. Mostly women are at the receiving end of online harassment where online trolls come down heavily with threats of rape, mutilation, and murder. They even go so far as to harass family members.

Some trolls have also made hate mongering their business and are running channels as well as pages on social media. Their only content being commenting on other people’s opinions. While many consumers may laugh it off and some choose to simply ignore such persons or platforms, many online pages, channels or even creators are profiting off of hate mongering on the internet.