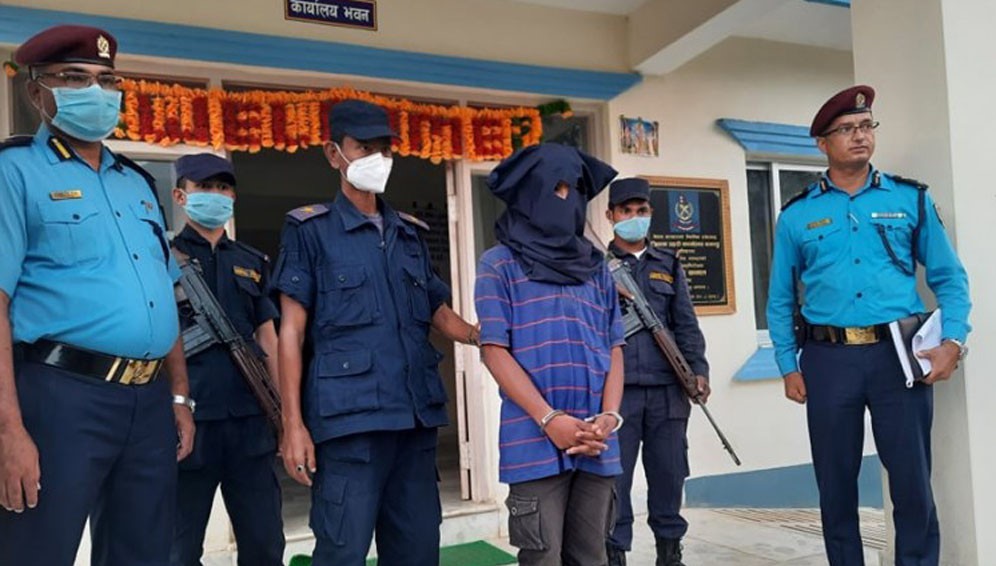 The suspect arrested in connection with the rape and murder of 12-year-old Samjhana Kami of Bajhang has confessed his involvement in the crime.

Rajendra Bohara admitted to the police on Wednesday that he had killed Kami after raping her. He told investigating officers that he killed the child with a trident and a hammer after she said that she would disclose the incident to her family.

He also confessed the location of the crime and the weapons he used to murder the child. Based on Bohara’s statement, security personnel collected the weapons used in the crime from the temple premises, where Kami’s body was found, on Wednesday.

Kami’s body was recovered on September 23 at a local temple in Masta-2 of Bajhang and police had arrested Bohara the next day on suspicion of his involvement in murdering the child. However, Bohara had been denying his involvement until Wednesday.

Police investigation also revealed that Bohara had raped another 13-year-old girl in the village two months ago. Since the survivor of his earlier crime had disclosed the incident to her parents, Bohara killed his second victim fearing he’d get caught.

Though a special team of Central Bureau of Investigation had reached Bajhang from Kathmandu on Monday with a polygraph machine to be used on Boahara, DNA and polygraph test will no longer be carried out as he confessed to the crime, police have said.

As the suspect has confessed to his crime, a case will be filed at the district court after wrapping up the investigation within the next few days, informed Distroct Police Office, Bajhang.

Meanwhile, the family of the 12-year-old received the dead body and cremated it on Wednesday after police made Bohara public at a press meet on Tuesday evening.

According to Chief District Officer Ram Bahadur Sarki, the Ministry of Home Affairs has informed the district administration that it will provide Rs 1 million to the victim’s family.