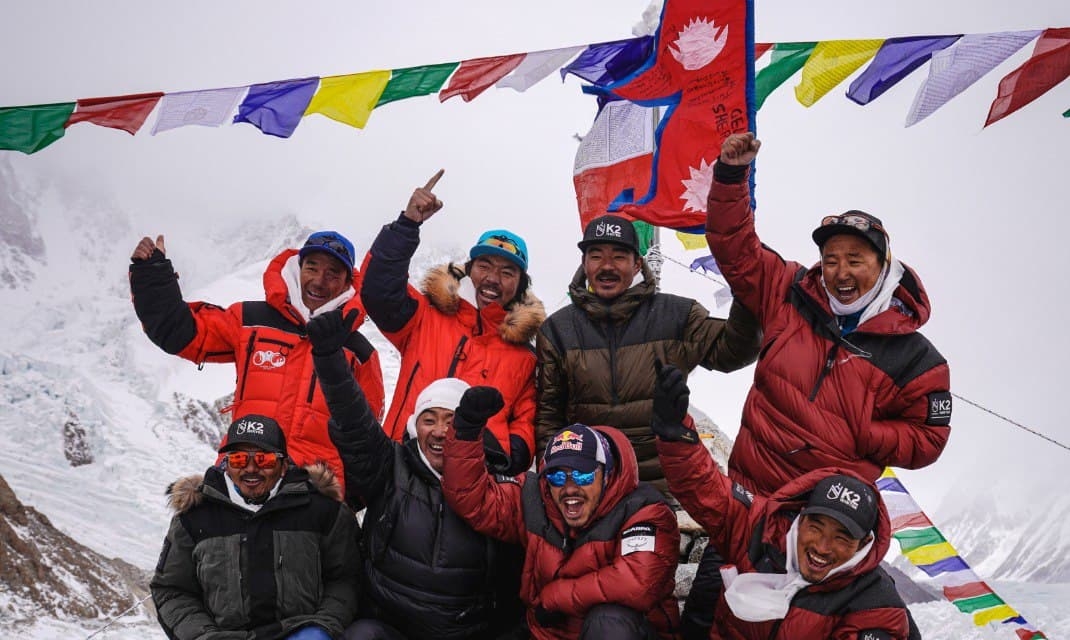 A team of climbers from Nepal on Saturday become the first mountaineers to successfully complete a winter attempt on the summit of K2, the world’s second tallest peak.

The group of sherpas had paused at a point 70 metres short of the 8,611 metres (28,251 feet) peak to wait for each other before climbing into the world’s history books together at 4:56 p.m.

Located on the Pakistan China border, K2 is the only mountain over 8,000 metres that had not been summitted in the winter.

Their success was marred by the death on the mountain of renowned Spanish climber Sergio Mingote, who fell down a crevasse as he attempted to make his way down to Base Camp, Karrar Haidri, secretary of the Alpine Club of Pakistan, told Reuters. Around 49 climbers in several teams are on K2 making attempts on the summit, weather permitting.

“Dismayed by the news of the accident that has ended the life of a magnificent athlete,” Spain’s Minister of Health Salvador Illa wrote on Twitter, describing Mingote as “a personal friend.”

Mingote, 49, had climbed seven mountains over 8,000 meters without supplemental oxygen in less than two years.

First climbed in 1954 by Italian Achille Compagnoni, K2 is notorious for its sleep slopes and high winds, and in winter its surface becomes slick ice.

Of the 367 people that had completed its ascent by 2018, 86 had died. The Pakistani military is regularly called in to rescue climbers using helicopters, but the weather often makes that difficult.

The previous highest altitude achieved on K2 in winter was 7,750 meters by Denis Urubko and Marcin Kaczkan, set nearly two decades ago.

The coronavirus pandemic had meant restrictions on travel severely impacted the traditional summer mountaineering season in the Karakoram range and Pakistan in particular, which is home to five of the world’s 14 peaks over 8,000 metres.