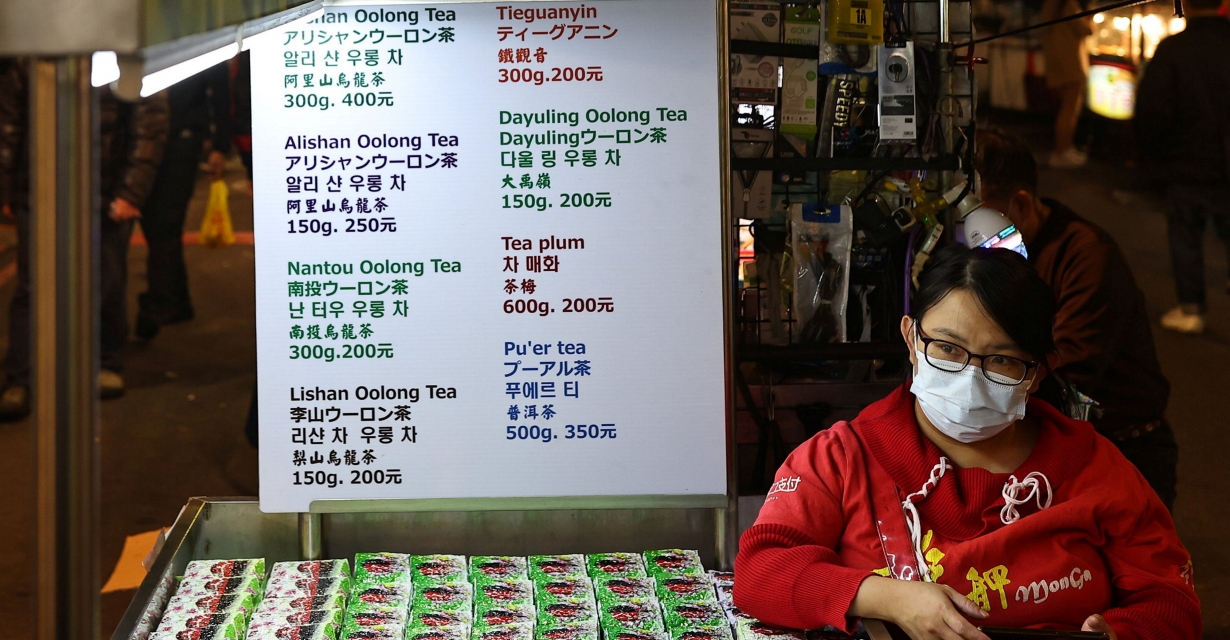 A woman wears a protective mask to prevent the spread of the coronavirus disease (COVID-19) while selling tea at a market ahead of the Chinese New Year in Taipei, Taiwan, February 5, 2021. Picture taken February 5, 2021. REUTERS/Ann Wang
Sexist tea mugs leave a sour taste in China – Shanghai Daily
Read Time: 1 minutes

A popular chain of Chinese tea shops has apologised for a range of cups and teabags sporting sexist slogans, after they sparked widespread outrage on the internet, the Shanghai Daily reported on Monday.

Modern China Tea Shop, based in southern China’s Hunan province, was selling tea bags captioned with “the mouth says no but the body says yes,” and “my dear, I want you.”

One mug referred to women as a “big bargain,” saying that customers could pick up an unexpected deal by meeting beautiful women while they wait for their tea.

Modern China apologised on Saturday, saying it took responsibility for offending women and would not mistake sexist jokes for creative ideas in the future, Shanghai Daily reported.

The offending items are no longer on sale, the newspaper added.